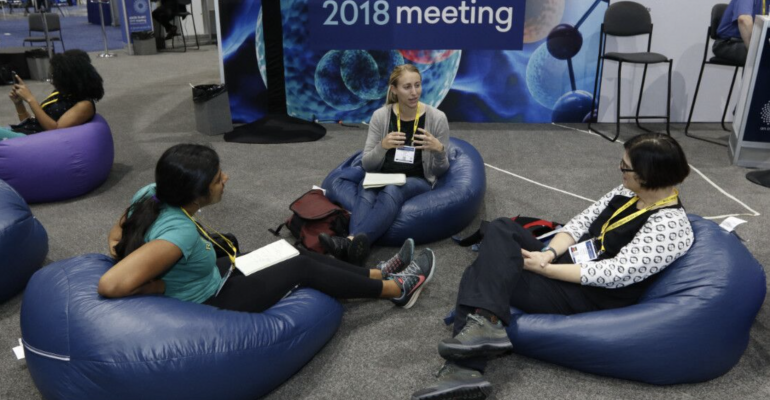 At ASCB's annual meeting in December 2018, attendees discussed their "Which model organism are you?" quiz results in relaxed break settings.
Association Conventions and Expos

Hey Members: Are You Like a Xenopus or a Zebrafish?

How a clever online quiz ramped up engagement for the American Society for Cell Biology’s annual meeting.

It’s not likely that many of us would be overjoyed to learn that our personality resembles that of a Xenopus—an energetic species of frog. For members of the American Society for Cell Biology, however, that revelation is received far more enthusiastically. In fact, more than 600 ASCB members answered a call put out by the association to take an online quiz that matched their personality traits to one of various types of “model organisms,” which members use to study biological processes, and then tweet about their quiz results ahead of ASCB’s annual meeting held in December 2018.

Besides some nerdy fun, there was a larger reason why ASCB created and promoted the model-organism personality quiz: To generate excitement for the annual meeting and encourage ongoing engagement between members. Further, ASCB used the overall results of the quiz to design an annual meeting t-shirt featuring members’ most popular model organisms set within a constellation of stars. While ASCB event shirts have been popular among attendees in the past, the 2018 version sold out in record time. The planning team also made coaster-sized stickers in nine varieties, each featuring a different model organism from the quiz plus the event’s name and year, then set them out throughout the show floor so that all members could be part of the whimsy. The designs for the shirts and stickers were created by ASCB member Beata Mierzwa, a researcher and science artist based in San Diego, which was the 2018 event’s host destination. 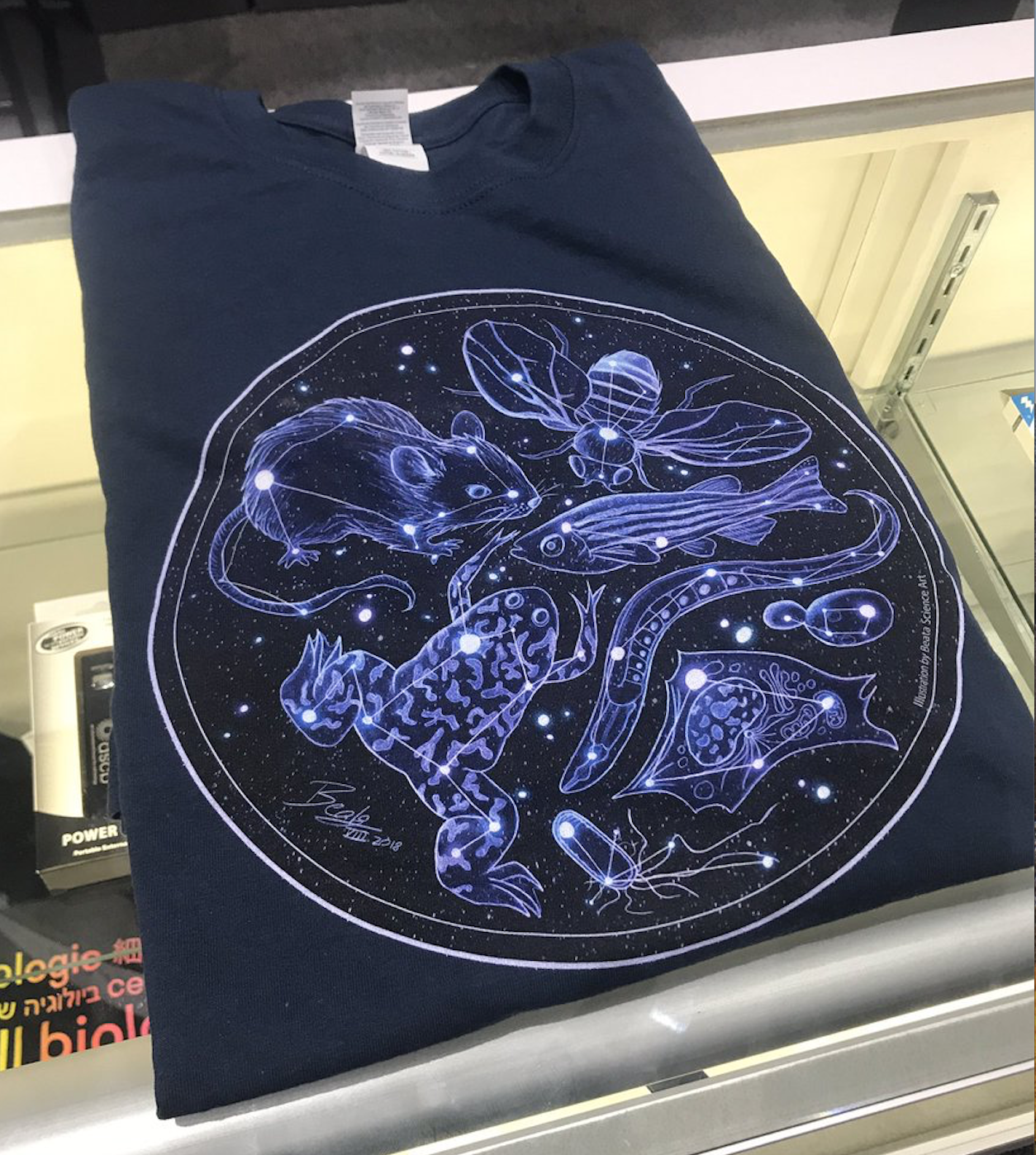 By using subject matter related to members’ work and to the annual meeting, combined with using personalized attendee input, ASCB’s initiative made an impact on many members regardless of whether or not they attended the annual meeting. This marketing effort earned ASCB a 2019 Gold Circle Award from the American Society of Association Executives, bestowed during ASAE’s Marketing, Membership, and Communications Conference in Washington, D.C., in mid-June.

An Idea Evolves Into a Higher Form
Leeann Kirchner, marketing and design manager for ASCB who wrote the quiz, joined the association in 2016, “right before the annual meeting where we sold a ‘Cell Wars’ shirt. That shirt, as well as one with a bored cell in a suit sitting at a desk and saying, ‘Actually, on a cellular level I'm quite busy,’ was pretty popular. There were other designs using puns and pop-culture references before those, and more attendees were collecting the shirts from each meeting. It was apparent that the shirts are one of those quirky things our members love.”

The pre- and post-event engagement breakthrough that ASCB saw in 2018, though, came from connecting the online quiz with the shirts. “We decided which organisms to feature based on a survey we did on Twitter, and on membership data that told us which organisms the majority of our membership were studying,” Kirchner notes. “I did research on each organism and came up with mini-character sketches that matched some human traits—many of which were based on members I know. For instance, the Zebrafish was an artsy character and the Xenopus frog was an athlete, so I created questions that revolved around those traits. Beata and our staff scientists reviewed the descriptions and questions to make sure I was on point.” 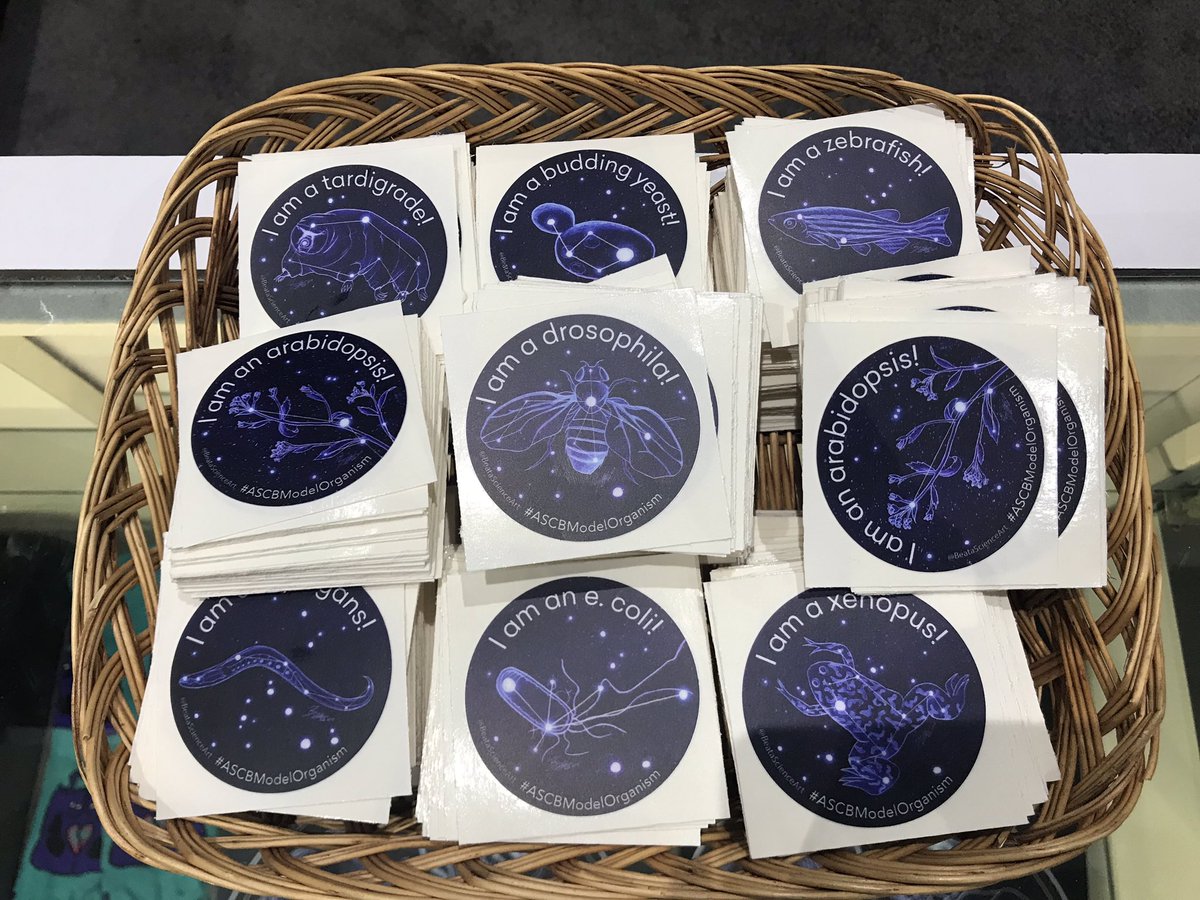 The quiz increased traffic significantly to ASCB’s website. In fact, “it was the most popular page on ASCB.org after the homepage for all of 2018,” Kirchner says. Engagement and responses on Twitter, using the hashtag #ASCBmodelorganism, were overwhelmingly positive too. “People tweeted and emailed us after the event asking us to do a reprint of the shirts and stickers.” What’s more, “one attendee who is an educator used the quiz to get her students engaged in learning about model organisms—she hoped the quiz would stay on our website year-round.”

While the quiz will come off the ASCB website in the run-up to the 2019 annual meeting, Kirchner and her team are brainstorming other ideas to continue the momentum of member engagement. For one, “we’re working on a new t-shirt design that is going to be a bit of a throwback,” she says. The key element, though: Connecting the shirt design with a call to action on the website ahead of the annual meeting in December.

TAGS: Marketing Your Meeting
0 comments
Hide comments
RECOMMENDED FOR YOU