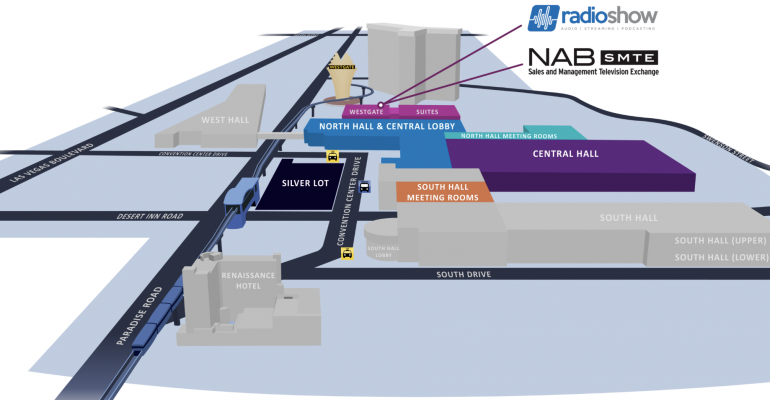 Less than a month before opening day, the National Association of Broadcasters has canceled its giant Las Vegas event due to “unexpected and insurmountable challenges.”

In the past week, momentum around the October 9-13 National Association of Broadcasters Show in Las Vegas stalled as major exhibitors, including Sony Electronics, Panasonic, and Canon, announced they were exiting the show due to Covid safety concern. Now, NAB is pulling the plug on its in-person event entirely.

The association made the announcement on September 15 in a letter to its show community, which read, in part, “For more than a year we have worked tirelessly to bring our industry together safely in Las Vegas at NAB Show. Unfortunately, the pandemic and surge of the Delta variant has presented unexpected and insurmountable challenges for our global community.

“As we have always kept the best interest and safety of the industry as our priority, it has become apparent in the face of these challenges that we can no longer effectively host NAB Show or our co-located events, the Radio Show and Sales and Management Television Exchange, in person.”

NAB Show had planned to require all attendees and exhibitors to show proof of vaccination and had a touchless registration system in place for badge pickup. Organizers had not yet posted its mask policy and planned to follow guidance from the Centers for Disease Control and Prevention and local authorities at the time of the show. Clark County, Nev., currently requires face coverings while in public indoor places and crowded outdoor venues regardless of vaccination status.

The event, which brings together attendees and exhibitors from broadcast, cable, and satellite TV; radio; production; streaming; data storage; and other media technologies, drew 91,000 to its 2019 edition. The April 2020 show was canceled due to Covid.

The association plans to make 2021 NAB Show content available through its NAB Amplify platform. Its next in-person event is scheduled for April 23-27, 2022, at the Las Vegas Convention Center.