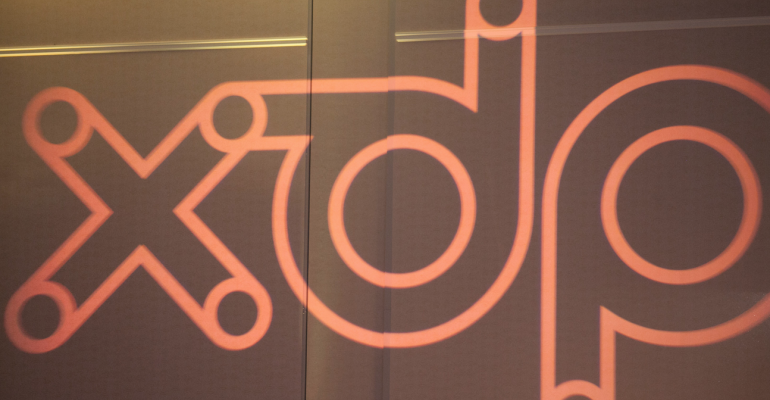 Did XDP’s Launch Herald a New Model of Meeting?

It may have taken a village to raise ASAE’s newest event, but its caretakers say it may just be the first true 21st century buyer/seller event (just don’t call it that).

It was a huge undertaking that took 250 people to plan. It took two years to bring to life. And it posed a big financial and reputational risk to its organizer. But it was all worth it, said the slightly exhausted but still-smiling organizers and faculty of the two-day Xperiential Design Project, or XDP, event that wrapped up May 24 in National Harbor, Md. “I hope this isn’t a pebble—I hope that it’s a big rock that will ripple out throughout the industry," said Michael Dominguez, chief sales officer, MGM Resorts International, who was one of the key experts facilitating the program, during a press conference.

President and CEO of 360 Live Media, Don Neal, added, “90 percent of today’s events were invented in the 20th century." He said that XDP was designed to be a 21st century conference" that meets the needs of today’s association buyers and their industry partners to work together to find solutions to their specific challenges, not just exchange requests for proposal on a trade show floor. ASAE President and CEO John Graham IV, FASE, CAE, said XDP also was looking to provide something that's currently missing from meetings industry events: a place to bring together all of those who create the meeting experience, the meeting planners, the content coordinators, the marketers, and the technology experts.

XDP—the American Society for Association Executive’s new show that took the May slot traditionally held by ASAE’s very traditional former trade show Springtime—brought together more than 1,800 association executives and industry partners from 28 states plus the District of Columbia to work together on common issues and co-create solutions, one tabletop at a time, in a uniquely set ballroom at the Gaylord National Harbor. In the center was a round stage split into five sections that radiated out onto the ballroom floor in a hub-and-spoke formation. Each zone, delineated by color, had a zone captain to serve as thought leader. They also served as conversation inspirers on the five topics ASAE believes are essential to an effective 21st century conference: Experience, location, learning, marketing, and technology.

On Rotation
After a welcome orientation by the conference host—speaker, author, and managing director of Singularity University Lisa Kay Solomon—the co-creators, as participants were called, rotated through 90-minute sessions in three of five zones over the course of the first day. During each zone session, they worked on interactive exercises at tables that were pre-arranged to ensure each had a mix of marketing, technology, and content-related association executives, along with industry partners, in a 6:3 executive-to-partner ratio. Each table also had a trained volunteer facilitator to keep the conversation on track. The zone captains kicked off the discussions and provided ideas to work on, while facilitators at each table ensured that the discussions stayed on point.

Brainstorming can be a lot more work than conference participants are used to, so the day also included “pop up events,” including a talk by former U.S. Army Apache helicopter Captain and Pilot Shannon Polson on how to reach your full leadership potential in an uncertain, dynamic environment, and another on how to deliver exceptional service from speaker Kelly McDonald. The first day was capped by a concert at the new MGM Grand National Harbor by the B-52s and a sampling of cuisine from local restaurants.

Taking Care of Business
The second day featured one-on-one appointments between association executives and industry partners in highly functional, if not highly branded, spaces. “This was not a hosted buyer event,” ASAE's Graham said. It was instead a way for the conversations that began on Day 1 to continue into the next phase of working together to accomplish the ideas they had hatched. As of the press conference, there were 2,000 appointments on the books, and 800 more waiting for confirmation.

But first the day kicked off with a high-energy song, motivational talk, and even a dance, led by Austin-based speaker and musician SaulPaul, who was a big hit with the crowd. A reporting of key learnings from Day 1 by the zone captains before the group headed off to the business exchange for appointments followed. For those not in appointments there were 20-minute “accelerator sessions” on topics including authentic experience design and experience mapping, mega trends and best practices, and what planners need to know about event audiences.

Co-Creation in Its DNA
XDP itself sprang from an act of co-creation that began when Graham, at a breakfast with 360 Live Media’s Neal, asked Neal to be a “mystery shopper” at Springtime to start thinking about how to improve it. That led to a coordinated effort between ASAE and the marketing and experience design agency to redefine how buyers and sellers interact at events. The thought, said Graham, was “If we fail, others can learn from our mistakes. If it’s a success, others can learn from our success. Either way, we fulfill our mission” of helping member organizations hold better events for their members.

While it did cost more to produce than Springtime—"a lot” more, said Graham—revenue generation wasn’t the point. "ASAE is not in the business of making money. It’s about helping associations make better events for their members,” he said. Dominguez added, “There also would have been a cost to staying with the old Springtime model in terms of staying relevant.” Aggarwal said that it could have a positive effect on potential new members and membership renewals—31 percent of XDP participants had not been to an ASAE event in the past five years, according to Graham.

While XDP will remain a unique event in the ASAE portfolio, some elements, such as a collaborative learning model, likely will be worked into some of the the organization’s other events, said Rhonda Payne, CAE, ASAE’s chief learning officer.