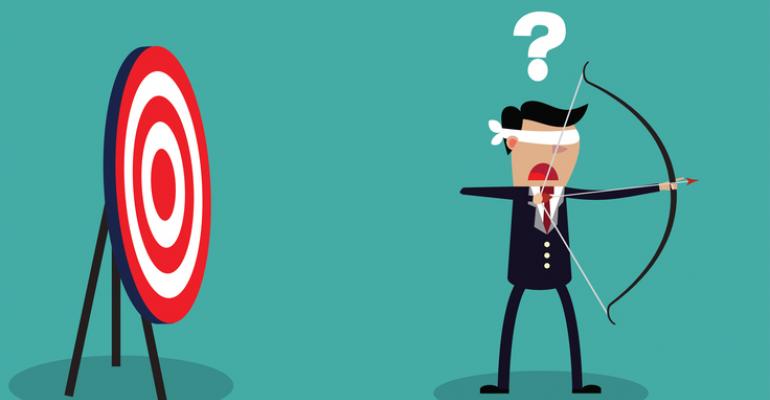 Are You Failing Your Exhibitors and Attendees?

When it comes to event technology, there are a lot of opportunities show organizers currently may be missing.

Be honest: When was the last time you surveyed your exhibitors and attendees to see how well your event technology is meeting their needs? Or asked them what tech improvements they want? According to an audience survey taken at a Transform USA session this summer, just over a quarter said they had asked that question of both exhibitors and attendees; 63 percent said they haven’t asked either exhibitors or attendees about their tech needs and wants.

And that may actually be better than the industry average. Sam Lippman, president of show organizer Lippman Connects, said that an executive at Explori, which has surveyed more than 900 exhibition organizers around the world, found that not one of those that the online research and benchmarking tool company spoke with had asked exhibitors how technology at their shows affected return on investment. And only a tiny number of exhibitors voluntarily gave feedback, he added.

“We live in a tech-driven world. This is a big opportunity,” he said. Lippman presented data that indicates where some of these opportunities may lie, and outlined some questions today’s show organizers should be asking to get the information they need to transform the experience of both exhibitors and attendees.

• Start sharing key data points with exhibitors. Organizers are collecting a lot of data—94 percent of show organizers in the CEIR 2017 Attendee Floor Engagement Study said they use digital tactics to attract and engage attendees, Lippman said. And the use of mobile event apps and other digital tools generates reams of data. “But few share this data with exhibitors,” Lippman quoted Exhibitor Media Group President Randal Acker as saying. “Data is critical for exhibitors’ planning, segmentation, and integrated marketing. This data helps determine which exhibitors return.”

• Give exhibitors the tools they need. Lippman showed a video of an exhibitor talking about why he bought his own badge-scanner to use at shows. The badge readers offered by various show organizers aren’t uniform, he said, and they don’t interface with Salesforce. So he bought one that does. Of course, the show organizer has no access to that data. “That’s a black hole,” said Lippman. “We have no idea what happened at that booth.”

• Provide reliable Internet. “It’s like oxygen,” Lippman said. “It isn’t our customer’s responsibility” to provide their own hot spot because the hall’s Wi-Fi is iffy. And not having quality Wi-Fi could be the tipping point for some exhibitors’ decision not to come back, especially if bad connectivity causes them to not be able to complete business transactions in real time on the show floor.

• Think about using attendee-tracking technology. Some hesitate because it feels a little Big Brotherish, but according to the CEIR 2016 Digital Toolkit to Enhance the Attendee Experience, half of attendees say they’re comfortable with being tracked, and 31 percent are neutral—only 21 percent had a problem with it, said Lippman. “People are becoming more OK with being tracked as long as it improves their experience” by providing specific customized information in exchange for individual data, lessens the onslaught of emails from exhibitors and organizers, streamlines the exhibit floor experience, and allows them to control the data collection and followup.

Questions Show Organizers Should Be Asking
While Lippman could offer a few areas organizers can step up now, there remain a lot more that need exploring, including:

• Which technologies are exhibitors and attendees using?

• Which are most effective at meeting their various needs?

• What are the criteria for measurement? “It used to be net square feet,” said Lippman. “Now how do you measure those digital touches?”

• What are the barriers to using available or new technology?

• How can organizers help their customers overcome these barriers and be successful?

Social Distancing Dilemma: Capacity vs. COVID Safety at the RNC
May 26, 2020