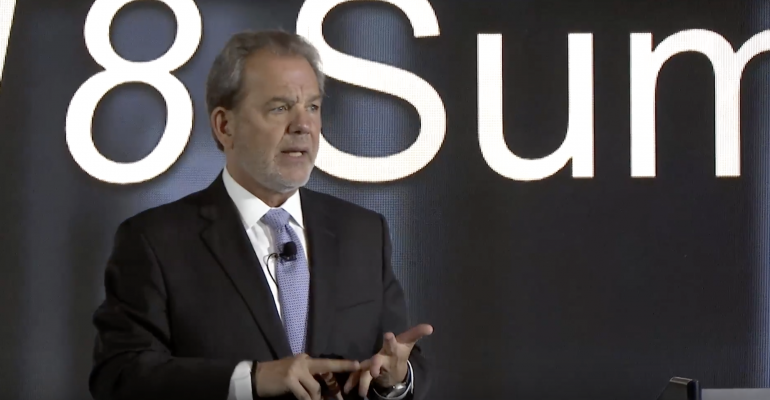 What you need to watch out for, according to recent research on the trade show and exhibition industry

How much exhibition and convention trend data can you drop in just five minutes? If you’re Sam Lippman, president and founder of Lippman Connects, it amounted to about one key data point per minute as he sped through five topline results of the 2018 ECEF Pulse research project during the Exhibition and Convention Executives Forum, held in Washington, D.C., earlier this summer.

1. There has been a big swing in attendance growth.
Lipmann noted that the number of events reporting increased attendance dropped from 65 percent to 45 percent between 2014 and 2018. “That means 31 percent fewer of us are seeing growth,” he said. “That is not good.” The number of show organizers reporting no change in attendance was up over the same period, from 28 percent to 38 percent. Eighty-two percent more reported decreased attendance in 2018 than in 2012, though the percentages remain fairly small at 8 percent in 2014 and 17 percent in 2018. “To state the obvious, we have to watch attendance. The other key elements are going well—net square feet, exhibiting companies, and sponsorship sales—but if we don’t watch attendance, those things will start dropping as well,” he warned.

2. Top challenges are growing attendance and providing exhibitor return on investment. “Those two should never change,” he said. “Year after year we will focus on growing attendance and making sure our exhibitors and sponsors get their money’s worth.” What has changed, he added, is that staying current with technology has jumped from sixth place to third place.

3. More show executives are now Investing in enterprise-wide software. More than half said they have added or will add enterprise-wide software; 35 percent added it in the past year or are currently in the process of implementing it, while 16 percent plan to implement a system in the next 12 months. “The good news is that most of us who are implementing it are having a good experience,” he said. More than three-quarters of those who have implemented this type of software say it was successful to at least some extent, with 24 percent saying it’s too early to judge.

4. The number-one technology people are using now are 24/7/365 platforms. “We can’t just put on an event and go home. We have to engage throughout the year with our audience, our tribe, and that’s something technology helps with,” Lippman explained. Predictive analytics and gamification also were very high on the list of top tech, followed by beacons, virtual reality, augmented reality, artificial intelligence, and chatbots.

5. Organizations are realigning their staff. Almost a third said they had changed their organizational and staffing structure in the past 12 months, while 14 percent said they plan to in the next 12 months. “All we have is our staff. We don’t have factories or trademarks,” Lippman said. We have to make sure we have the right people in the right seats on our bus.”

The 2018 ECEF Pulse, which was conducted by ECEF and Freeman and released in June, surveyed 200 convention and exhibition executives about industry trends.