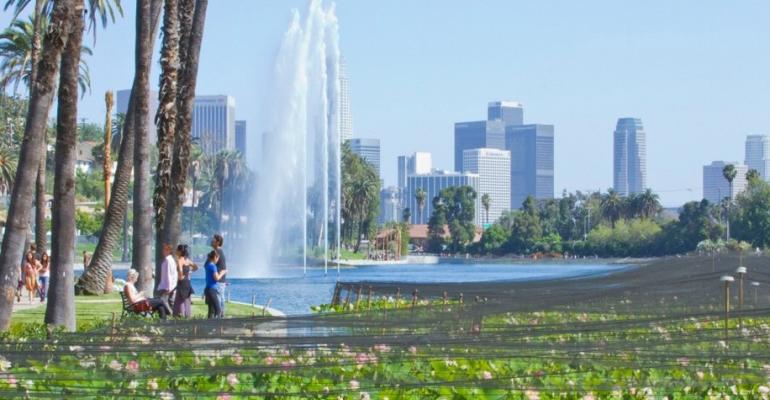 Case Study: How One Association Reinvented Its 90-Year-Old Annual Conference

Yes, you can teach an old conference some new tricks! Here&#39;s how the California Water Environment Association is flushing its tired old conference format and bringing in a flood of new ideas. &nbsp;

For 90 years the California Water Environment Association had used the same basic format for its 2,000-attendee annual conference for clean-water professionals: A four-hour keynote kickoff session, followed by three days of mainly technical, peer-driven content offered in 12 tracks, organized by specialty. And it worked fine—until the Great Recession hit and attendance started to drop. As attendance began to rebound when the economy did, CWEA Director of Education and Training Julie Taylor, CAE, thought the time was right to grow the annual conference by giving it a much-needed makeover.

In her previous job with the American Management Association, Taylor had become familiar with a participatory learning model “where people would learning something, try it, adapt it,” and then repeat the process, she says. “When people got to participate in their learning, they actually transferred what they learned to what they did when they left the event.” When she came to CWEA and saw that the learning mainly consisted of “someone on the stage talking to a row of heads,” she wanted to find better ways to help members—water-quality professionals who work for public agencies and collection systems, engineering firms, and equipment and service suppliers—learn and become better at their jobs.

CWEA did keep some of its traditions, including the Annual Sludge Trudge 5K fun run/walk, now in its 32nd year.

Taylor says the idea to change up the annual conference really came to a head in January 2013 when the executive committee asked the professional staff to make recommendations on how to grow the association. She put together a proposal that focused on finding ways to do just that through the annual conference. “What are we doing now that isn’t working? What gaps can we fill that will really transform our education and lead to growth in the conference?”

She approached a research organization and four consultants with one basic question: “We want to grow our annual conference—what do we need to do?” She chose Velvet Chainsaw Consulting, which sent a “secret shopper” to CWEA’s annual meeting in April to interview exhibitors, speakers, and attendees about their conference experience. Velvet Chainsaw’s Jeff Hurt and David Lutz facilitated a two-day workshop post-conference to outline the results to staff and board leaders, along with a “big hairy report” full of supporting material.

It quickly became apparent, says Taylor, that everyone involved thought they knew a lot about education and adult learning, but what they knew was not necessarily in line with the current science of aduleducation and “brain science.” So before making changes, she says, “we decided to educate ourselves first about adult learning.”

Hurt and Taylor worked closely to develop an agenda for a one-day workshop on 21st-century adult learning before the September board meeting. “We hoped that the lightbulbs would start going on as they compared what we were doing and what science is telling us actually works. That started happening within 10 minutes.”

Because the association also has 300 active volunteers who contribute content, they held similar workshops for chapter leaders so that they also would understand why the organization was looking to make the changes that would soon be under way. CWEA also invested in speaker training. “We can’t expect one person who is facilitating the session to change the learning model for us,” Taylor explains. “So we developed speaker webinars, led by Hurt, that were posted online. We’ve also done several sets of speaker tips, including how to present technical content in a participatory way, which usually means stopping every 10 minutes and asking a question about the material that will engage people.”

CWEA decided to shake up that four-hour opening session, which traditionally featured a talk by the association president, a welcome from the local mayor, a business meeting, an induction ceremony, and talks by regulators and other speakers.

For its 2014 conference, CWEA “flipped the whole room so there wasn’t a sea of heads with a stage in the corner” to make it easier for attendees to interact, says Taylor. “We had highboys, we had crescent rounds, we had theater seating set up in triads, and café seating, with screens in the four corners.” All presenters spoke from a center stage in the round, and there was no lectern, just a wireless mic. The speakers paused every five to 10 minute for questions. Velvet Chainsaw’s Hurt moderated the session to help ease the transition and explain what the organization was trying to accomplish with the new room set, and facilitate questions from the audience.

Needless to say, people who came in expecting the same old format were a bit confused. Knowing that the change would be jarring to some, the board was on hand to welcome people as they came into the room, explain the new room set, and hand out a free ticket to get a coffee or juice from the carts placed around the room.

It still was an adjustment. “Participants kept coming over and asking me what they were supposed to be doing,” says Taylor. She explained, “We have no proscribed role for you—you are the learner, so it’s up to you to decide where you want to sit or stand, and what you want to get out of it.” Hurt addressed the confusion in his opening remarks, saying that the changes were designed to make the conference about the attendees, not the organization or the speakers. CWEA also made some more subtle changes to the rest of the meeting’s programming, including longer breaks to encourage more interaction, and training speakers to “chunk up” their presentations into smaller segments, use more visuals, and include more interaction.

Continuing the Overhaul in 2015

The meeting’s evolution is continuing. For this year’s conference, which was held April 28–May 1 in San Diego, CWEA reprised the opening general session format, including featuring Hurt as a facilitator. They also brought in a poet who had written a poem about the organization and who stayed throughout the conference to provide his unique perspective about the conference at the closing awards luncheon. "The opening session and our slam poet really set the tone for the whole week," says Taylor.

CWEA traditionally had issued a call for papers a year out, but for 2015 it surveyed constituents to find out what keeps them up at night, what their staffs need to know, and what are the biggest challenges they face that the organization can help resolve. They used the answers to develop a smaller number of session tracks, including five “deep dive” sessions on the general session’s content during the afternoon of the first day, followed by seven sessions on each of the following two days, down from 12. " Our deep dives after the general session were packed beyond capacity—a great problem to have," says Taylor.

She adds that basing the session tracks on themes derived from real-world issues helped get buy-in from committees that were accustomed to having two full-day tracks to get their information across. “We reframed it,” she says. “We asked them, ‘What are the issues your discipline is dealing with? What are the lab people, mechanics, operational staff struggling with? What do they need to do their jobs better?’ Having the themes helped them see that there could be a different way to get their messages across.” And it paid off: Attendee feedback was that the streamlined tracks provided good crossover information and focused on issues and problems.

One area that's still in transition, says Taylor, is getting all the speakers on board with using the adult education-friendly formats they learned in the CWEA-provided speaker training. Taylor says that she heard some complaints about speakers who still used the old "sage on the stage" format. Many people noticed the difference, and were vocal about letting CWEA know that they much preferred the more interactive formats.

"It was a great week, and we got a good shot of momentum to keep going," says Taylor.

“What we’re going through is an evolution, not a 10-year plan,” says Taylor. “How people learn changes, and we have to learn to adapt to those changes. We can’t say, ‘This is the box we’re going to sit in.’ If we did, 15 years from now we’d be saying, ‘Wow, we’re behind again.’

“There is risk,” she continues. “Associations have a lot of culture, especially ones like ours that have been around for more than 90 years. But we’re not making changes just to make changes. We’re making changes that will benefit the association, and its members. We’re trying a bunch of new things. We hope more people will come as they hear about it.”