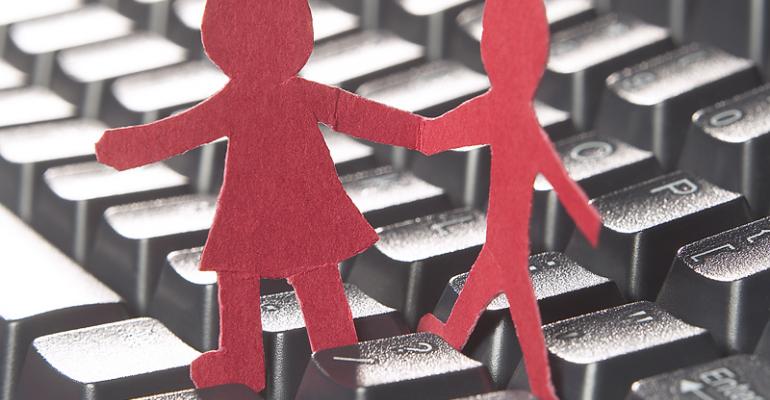 Virtual meetings won&rsquo;t ever replace gathering face to face, but they certainly aren&rsquo;t going away either&mdash;and that reality prompted much discussion among pharmaceutical meeting professionals at the Ninth Annual Pharma Forum, co-sponsored by Medical Meetings and the Center for Business Intelligence in March. Here&#39;s what they had to say.

Virtual meetings won’t ever replace gathering face to face, but they certainly aren’t going away either—and that reality prompted much discussion among pharmaceutical meeting professionals at the Ninth Annual Pharma Forum, co-sponsored by Medical Meetings and The Center for Business Intelligence in March.

A meeting manager from a major pharmaceutical company said at one general session that her division had turned 75 percent of its face-to-face meetings into virtual meetings to reduce costs and produce efficiencies. This was certainly not the norm as others on the panel and in the audience said their companies were not significantly replacing face-to-face meetings with virtual. In fact, one audience member said her company did just the opposite—reverted some virtual meetings back to face-to-face because they didn’t deliver enough return on investment for attendees. The panel discussion represented just one of many conversations throughout the conference, held March 19–22 at the Marriott Orlando World Center, on this hot topic.

When to Go Virtual

“We have to be aware of this issue,” said Sharon Marsh, CMP, CMM, meetings group manager, Medtronic Inc., Santa Rosa, Calif., during the closing panel. “It’s still a meeting, it’s a value we provide. I think we need to start carving out our niche in this area.” One place to start, she said, is to learn which meetings can, and likely should, go online. “You have to look at the meeting’s purpose. Is it to train, educate, or exchange ideas? Is the matter to be discussed confidential? If so, online isn’t a good idea now that people can do a screen grab any time they want.” You also have to consider costs and objectives, she said.

Meetings that are more didactic in nature, like speaker training, work well virtually, said Karen Vander Ploeg, director, travel and meetings, Daiichi Sankyo, Parisippany, N.J., in the opening panel discussion. Face-to-face is better for advisory board, investigator (where study protocols are involved), and sales meetings—especially when there’s certification, networking, or role-playing involved. Still, a planner in another session said any meeting in a clinical area, including investigator meetings, can work virtually because the information is presented from one to many.

Product training or disease-state training—anything that is focused on data dissemination—can also work virtually, another planner said. Sales meetings may work in a hybrid setting if content is streamed out from a face-to-face meeting to home and regional offices; or if some of the information can be disseminated virtually pre-meeting, thereby shortening the face-to-face meeting and saving money.

Meeting professionals are going to have to add to their skill sets to effectively manage virtual (one to many) or hybrid (a virtual offering or extension of a live event) meetings. “It’s something we’re going to have to get out in front of, think differently about as a mode of meeting,” said Marsh. In addition to everything else, now planners also have to become “quasi-IT experts to be able to launch those meetings,” said Helen Kalorides, meeting management consultant, Roche Diagnostics, Indianapolis.

One particular challenge with producing virtual meetings that disseminate critical drug information to attendees is proving their ROI. “What is the effectiveness of training a doctor over the computer if that doctor isn’t paying attention?” said Marsh in one of her sessions. “I don’t want that physician doing three other things at the time.” Vander Ploeg said information transfer can work when the virtual program has pop-up test applications that users must take before they leave their desks. It can also be an efficient way to train physicians globally.

In another session at the conference, third-party planners talked about how expertise in virtual meetings can provide a competitive advantage. But just as third-party meeting planning companies are looking to become proficient at virtual meetings, technology companies are going to want to expand their capabilities to get into the meeting space, said one audience member. Another made the point that the need for virtual meetings could increase even more if there are healthcare providers that don’t want to be subject to the transparency requirements of the Sunshine Act.

“If you are behind, you won’t be able to catch up fast enough,” said session moderator Terry Miller, principal, Travel and Meetings Consulting, Indianapolis. Third-party companies need to think about hiring people to run virtual meetings or partnering with technology companies to provide this service. Another attendee said companies should consider rebranding so they are not just seen as meeting planners but project managers that handle a multitude of tasks, including virtual events. “We’ve got to bring value,” to the virtual meeting planning process, stated another third party.

Meeting professionals have to recognize that the same rules don’t apply to both face-to-face and virtual meetings. “The method of presenting is very different,” said panelist Scott Gray, president and chief operating officer, Gray Consulting, Philadelphia, who hosted a roundtable during the conference on virtual and hybrid meetings. “Not enough attention is paid upfront to training presenters in this different realm so they understand the perspective of the remote participant and how to keep them engaged.” One meeting professional said she works with adult learning experts in developing the online programs to effectively engage virtual attendees.

Another challenge medical meeting professionals are facing is getting buy-in from top stakeholders to move forward with virtual or hybrid meetings. “These technologies and kinds of meetings can provide significant cost savings,” said Gray, but many agreed that senior management still doesn’t embrace the concept. “Even when you are able to demonstrate that the quality of information presented and the absorption will still remain high, with a lot of cost savings, there is still a lot of reluctance to it,” he added.

“Virtual meetings haven’t evolved as much as we talked about five years ago,” stated one planner. “But they do have a place.”