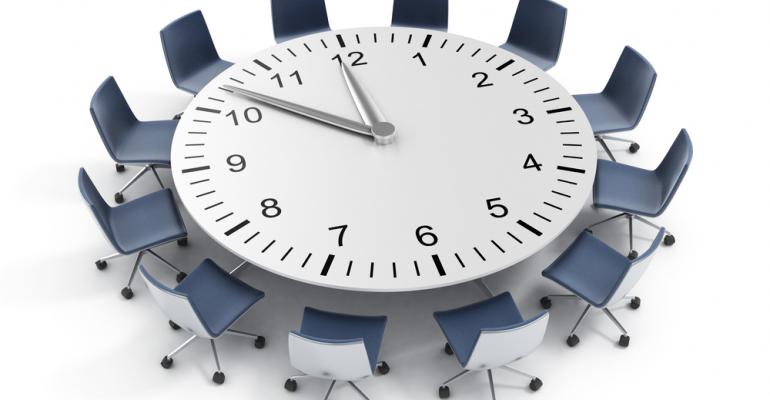 The Pennsylvania Convention Center Authority is done pussy-footing around when it comes to developing a customer satisfaction agreement its stakeholders and unions can live with.

In an open letter to stakeholders released May 5, the Pennsylvania Convention Center Authority alerted the six unions that work at the Pennsylvania Convention Center in Philadelphia that the choice now is between agreeing to abide by less stringent work rules or losing the right to work at the center at all, according to an article on Philly.com. The center’s board ratified a customer satisfaction agreement outlining its new union rules May 6 by a unanimous vote with 2 abstentions, according to a PCCA spokesman.

The tipping point in the negotiations—which have been ongoing since the previous 10-year CSA expired in July 2013, came when the Carpenters Union Local 8 walked out on talks and subsequently initiated a one-day strike last week in the middle of the American Academy of Neurology 13,000-attendee citywide convention. The strike ended when the union signed an extension of its collective bargaining agreement through May 10.

The strike, the PCCA says in the letter, “irrevocably changed the dynamics of what is an acceptable customer satisfaction agreement. The damage caused by this union's decision to strike is immediate, far-reaching, and quantifiable by comparison with lost business directly resulting from the previous strike this past summer.” The carpenters union objects to the new rules because they include “expanded exhibitor rights ... regarding use of battery-power tools, ladders, and the ability of customers to perform setup work for booths up to 600 square feet in size," according to the Philly.com article. The union press representative was unavailable for comment at the time this article was posted.

The PCCA “know[s] for a fact that our competitors are notifying potential customers of this strike and reminding them that we have now experienced two strikes within the span of one year”—the carpenters union also went on strike last August, joined by the stagehands, teamsters, and riggers unions, over the proposed CSA work rule changes they thought would erode union workers’ rights and cut into their hours. Though the strike did not significantly affect the AAN conference, according to a PCCA spokesman, trade show management company Freeman and the convention center’s senior staff had to scramble to minimize disruptions to AAN's move-out of the facility. AAN’s staff members were unavailable to comment at the time this article was posted.

In the open letter, the PCCA says it believed it had “made significant progress on many issues,” but with this new blow to the center’s reputation, “the PCCA and SMG [which took control of the operations management function in December 2013 and is currently operating the center] now face even more significant challenges to convince committed customers that they should still bring their shows to the Pennsylvania Convention Center and to convince potential customers that it is worth the investment and risk to select the Pennsylvania Convention Center.”

A new CSA is essential to contain the damage and set a new course forward, says the PCCA, citing competitive disadvantages of the current CSA that include higher event production costs than in Chicago, New York, and Boston, and  “antiquated” and “arcane” rules that decrease work-flow efficiency and create a “significant ‘hassle factor’” at the Pennsylvania Convention Center.

The new rules, according to Board Chairman Gregory J. Fox, focus on professionalizing the center’s management and operations, improving the labor/supplier model, improving billing transparency for customers, and modernizing work rules. “If we are able to accomplish these initiatives, we can help fulfill the promise of the center to generate new jobs and economic investment in the city and region,” says Fox.

And the unions need to come to an agreement now. According to the letter from Fox and Center President/CEO John J. McNichol, “Immediate action is our only opportunity to save tens of thousands of man-hours and millions of dollars in union wages and benefits inside the Center (not to mention the hundreds of millions of dollars in economic benefit to the region, the City of Philadelphia, and the Commonwealth of Pennsylvania) that will certainly be lost due to the cancellation of shows and refusal of other shows to consider Philadelphia as a destination.”

Four of the six trade unions that operate in the center—Laborers’ International Local 332; Stagehands Local 8; IBEW Local 98; and Iron Workers Local 405—signed off on the new CSA prior to the May 5 deadline. Still pending are Carpenters Union Local 8 and Teamsters Local 107.

According to the PCCA, "Center leadership will take steps to ensure its labor needs and the labor needs of its customers are met through the effective utilization of the four trade unions that signed the agreement and other resources."

What the New CSA Covers

The new customer satisfaction agreement is designed to address the concerns that customers and trade unions that operate in the building have raised, according to the PCCA. Among its provisions: