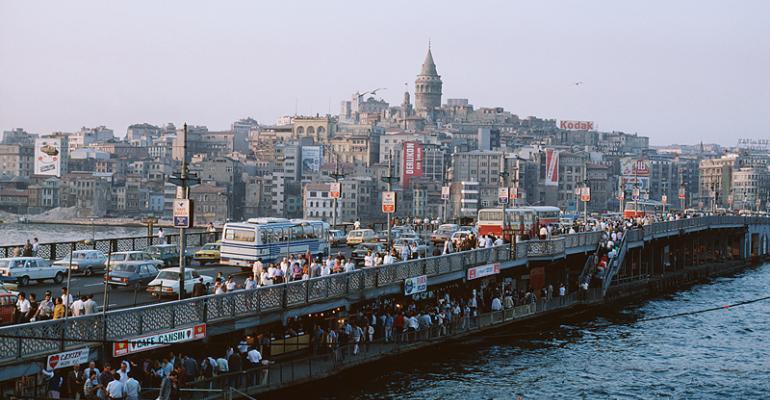 International Congress in Turkey Canceled Due to Travel Advisories

Warnings about travel to Turkey caused Montreal-based International Design Alliance to cancel its 2013 congress, which was scheduled to take place November 16–17 in Istanbul.

“The 2013 IDA Congress Istanbul was canceled due to force majeure given the present circumstances in Turkey and current travel advisories issued by governments internationally,” explains Allison DaCosta, project manager for the IDA Congress.

“At the time this decision was made, there was a travel warning in many parts of the world. As our congress attracts attendees from around the world, it is the responsibility of the IDA Partners to consider the significance of this warning and its potential effects on the congress attendees and make a decision in collaboration with the host,” says DaCosta. The announcement to cancel was made on July 15.

The Canadian government currently has no official nationwide travel warnings for Turkey, but suggests travelers to Turkey “exercise a high degree of caution” and advises against non-essential travel near the border with Syria. Likewise, the U.K.’s Foreign and Commonwealth Office currently advises against travel to areas of southeast Turkey near the border with Syria.

This was to be just the second IDA Congress—the first was held in Taipei in 2011 and attracted about 3,000 attendees. The 2013 IDA Congress will not be rescheduled. “The IDA Partners and ITU understand that a congress of this caliber can’t be relocated or reproduced in a short time span as it’s a very big undertaking for both the host and the IDA Partners,” says DaCosta.

Many cities across Turkey, including Istanbul, were subject to antigovernment protests, riots, and demonstrations in June, leading to many arrests. There are currently no specific travel warnings to Turkey from the U.S. State Department; however, on August 2, the State Department did issue a travel alert through August 31 for Americans traveling to the Middle East and North Africa.