Are You Minding These 5 Risk Management Gaps? 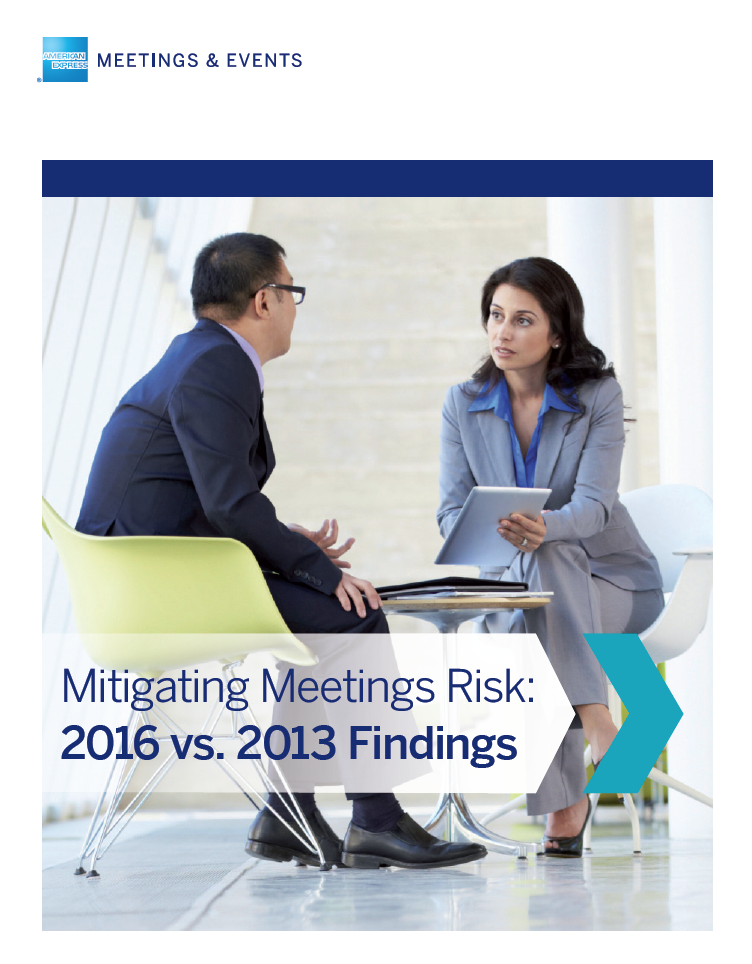 Hurricanes, speaker illness, terrorism, food poisoning—the list of things that could go wrong make every meeting a crisis just waiting to happen. Are meeting planners and meeting owners prepared to handle situations that could put their meetings, their attendees, and their organizations at risk.

It’s not all good news, however. The survey also found five areas where meeting professionals, could be doing more to mitigate risks to their organization’s financial, regulatory, and reputational health.

1. Policy? What Policy?
Pro: 100 percent of the planners this year say they are likely to follow their organization’s meeting policy, up from 88 percent three years ago. Three-quarters of those surveyed in 2016 also say they include or plan to include social media and luxury property clauses in their meeting policy.

Con: The number of planners and owners who say they still lack a formal meeting policy has increased over the past three years—up 17 percent for planners and 12 percent for owners. The study authors suggest that the increase could be due to an influx of startups and new divisions that have yet to craft a meeting policy, something they suggest should be of the highest priority.

2. Crisis Control
Pro: Eighty-six percent of meeting owners who have a meeting policy in place said that their policy has—or is going to have—specific duty-of-care clauses to cover things like communications, data redundancies/backup, and international medical and security services.

3. Get It in the Contract
Pro: Eighty-six percent of planners in the 2016 survey say their legal and procurement departments review hotel contracts—that’s 31 percent more than said so in 2013. And they’re using their own addendums with hotels and destination management companies more often now than they did then, too.

Con: There are still a few holdouts—9 percent of planners and 6 percent of meeting owners—who don’t think they need to execute contracts with meeting services suppliers. While handshake deals sound good in this relationship-centric business, the survey authors point out that this practice can put meeting organizers at financial and legal risk.

4. Follow that Data
Pro: Given the increase in regulatory and perceptual scrutiny meetings are subject to these days, the fact that almost 15 percent more meeting planners say they are tracking and reporting all meeting expenses now than they did in 2013 shouldn’t be surprising.

Con: While meeting owners in 2016 called spend transparency a priority, and almost 95 percent of planners say they now account for every cent, the percentage of organizations that require planners to track savings and cost avoidance remains the same 50 percent it was three years ago. And planners are still putting a lot of sweat equity into the process, using Microsoft Excel and the Internet to manage their budgets, requests for proposal, and attendee communications. The study authors point out that this is more time-consuming, less transparent, and less efficient than using meeting management technology to automate the process end to end.

5. Watch Your Ethics
Pro: Fewer planners and owners are taking personal advantage of work-earned hotel points in 2016 compared to 2013.

Con: There was a fairly dramatic uptick in the number of planners who say they would act on an unethical request—7.6 percent in 2016, compared to 3 percent in 2013. Similarly, 15.5 percent of meeting owners say they believe unethical behavior is happening, up from just 2 percent in 2013. Using fam trips for personal gain also is up more than 15 percent for both planners and meeting owners. The survey authors suggest that organizations should educate planners on their ethical and reputational responsibilities so that, when confronted by an unethical situation, they will know how to respond.

Do Meeting Planners Provide a False Sense of Security?
Jul 29, 2016

5 Ways to Integrate Social Media into Your Communication Plan
Sep 02, 2016