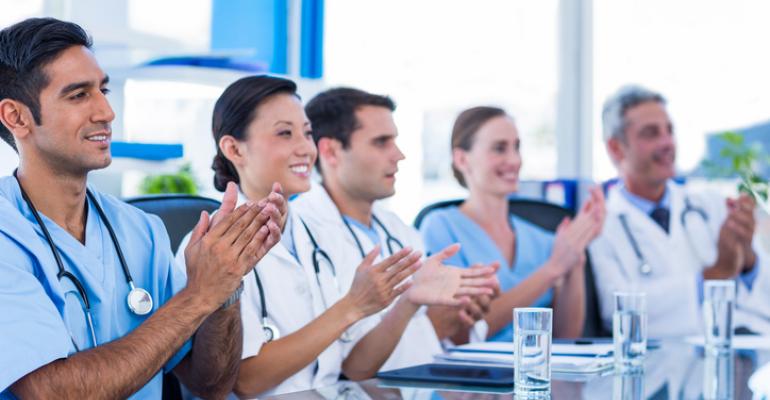 While you might expect that the Open Payments reporting requirements would have dampened healthcare professional participation in pharmaceutical and other life sciences company promotional meetings, that turns out not to be the case. According to a new white paper from AHM, which provides compliance-related technology and service solutions for the life sciences industry, Open Payments’ HCP tracking and reporting requirements have added new layers of complexity and cost to life sciences companies’ interactions with HCPs, but the average number of attendees per program actually increased over the past three years.

Another potential drag on promotional meetings—the slowing pace of major drug approvals that drive promotional speaker programs—also did not appear to affect attendance for the 10 companies AHM picked at random to survey. While the industry is experiencing about half the new product approvals it did in 2014 and 2015, speaker program volume remained relatively constant.

HCPs are flocking the most to in-person programs, both venue- and office-based. In fact, these programs enjoyed an 11 percent increase in 2016 over 2015. Over the five years of the study data, 2016 showed the highest average attendance per program—9.5 attendees. Venue-based programs showed the biggest increase in per-program attendance, at approximately 38 percent, followed by office-based programs, which were up about 1.5 attendees per program in 2016 over 2015.

Not surprisingly, programs that had the longest lead times—and so had more time to recruit HCPs to attend—had the highest attendance. Those with more than 21 days had double the average attendance of those with a week or less to promote the program. Teleconference and virtual programs, on the other hand, are on the wane, with a 65 percent decrease in 2016 from their peak year, 2014.

Costs per program tended to mirror those of average attendee increase, up overall about 21 percent, with a 22 percent increase in attendance on average. This is likely because of increased costs for food and beverage for the additional attendees. Speaker fees also were up, as were expenses, according to the white paper.