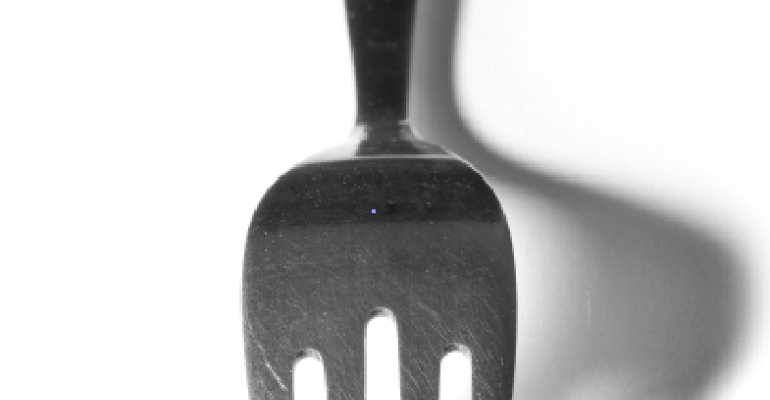 Executives at life sciences companies don&rsquo;t seem to argue about dollar amounts for the airfare they pay for healthcare professional travel as long as it&rsquo;s economy class. Why are meals caps so different (and do they have to be)? 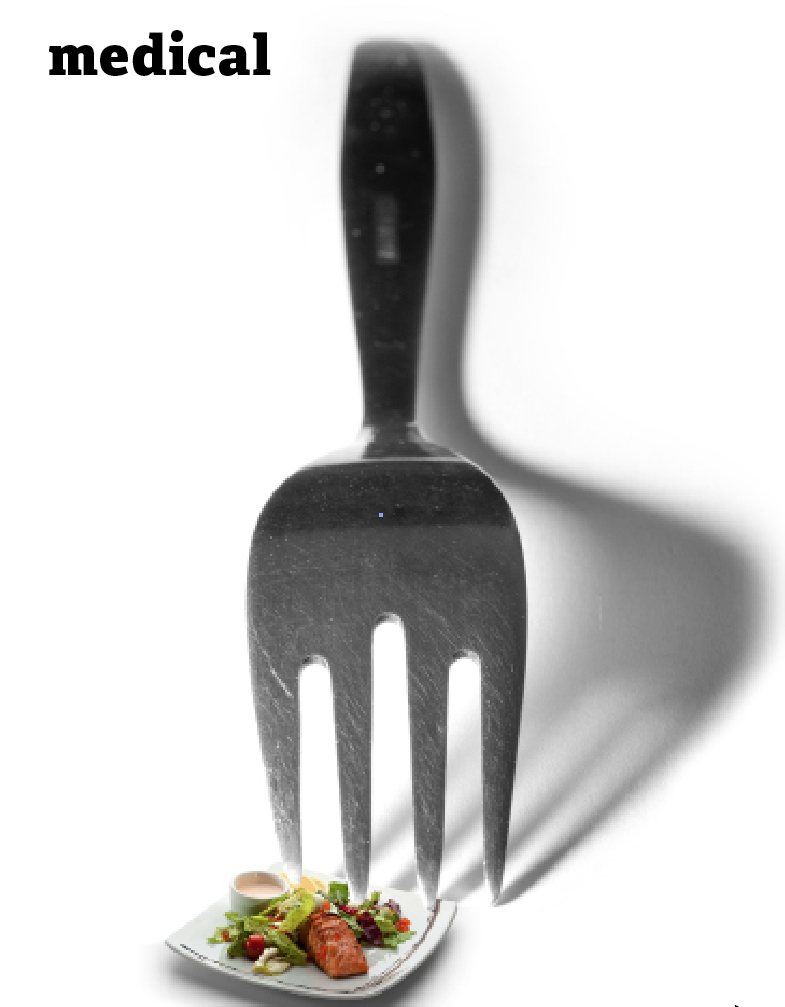 Meal caps—the amount of money planners are allowed to spend per meal on individual healthcare professionals at their meetings—are a perennial problem for both life sciences meeting managers and their hotelier partners. All are well aware that meal caps are not increasing at the same rate as food and beverage costs, making providing meals that satisfy HCPs’ tastes while staying within budgets a difficult, and in some pricier locales, a near-impossible task.

In fact, according to an exclusive survey of both planner and hotelier participants at the 2016 Pharma Forum, held in New York City in March, almost three-quarters of the hotelier respondents said their annual F&B costs are going up between 1 percent and 5 percent, with 24 percent of the remainder saying the increases were in the 6 percent to 10 percent range. Almost 88 percent, however, reported seeing no corresponding increase in meal caps from their life sciences groups.

Almost half of the corporate planners surveyed said their meal caps have not changed in at least four years, despite food and beverage costs that are rising steeply, driven by events such as the long-running drought in California and livestock issues such as a recent bird flu that have decreased available fruit, vegetable, and poultry stock as demand continues to rise, as MGM’s Michael Dominguez pointed out in his opening keynote at the Pharma Forum. Labor costs are also on the rise. And yet about half of the planners surveyed also said their companies do not increase caps for events held in more-expensive cities.

Why is there such a disconnect between real F&B costs and what pharma companies budget for HCP meals? Is it possible to bring budgets in line with the realities of F&B costs? Those were among the questions up for discussion at a hot-topic keynote panel at the Forum, co-organized by MeetingsNet and CBI.

The problem, planners say, stems from the fact that the industry is sensitive to the perception that pharma company events are all about “wining and dining” HCPs, rather than the actual purpose, which is to educate them, working toward the goal of improving patient health. While F&B may in fact have been over the top in the past, that practice is squarely in the rearview mirror. Regulations such as Open Payments in the U.S. have put a spotlight on pharma company F&B spend on HCPs, requiring that all such transfers of value be tracked and reported publicly.

However, while the actual regulations in the U.S. require only that the food and beverage offered be “reasonable” or “modest” in price, concerns about optics make those who set the budgets interpret “reasonable” more frugally than what may actually be reasonable for a catered group event, especially in first-tier cities.

This can cause hoteliers to turn down life sciences meeting business: Almost 46 percent of hotelier respondents said they had done just that due to restrictive HCP meal caps, and 49 percent of planners said they had been turned down because of their meal caps, with an additional 21 percent saying that while they had not been told explicitly their meal caps were the reason their business was refused, they suspect it was a factor.

Panelist Julie Hills, managing director, corporate group sales with Hilton Worldwide, said that if you suspect this is happening to you regularly, ask in your RFP if the tight meal caps are what is causing them to turn you down—and let the hotel know there will be no repercussions if that’s the case. “This can help you make your case to compliance,” she added.

Even when they don’t cause an outright rejection, overly restrictive HCP meal caps can cause more ethical issues than they resolve as planners and hoteliers find themselves having to contort budgets to meet meal caps. For example, the Pharma Forum meal cap survey found that almost 64 percent of planner respondents had asked a hotel to decrease a meal price to meet meal caps and make up the difference with increased cost in another area, such as meeting room rental. Close to three-quarters of the hoteliers surveyed said they had fielded this type of request. All of the panelists agreed that this was an ethical elephant in the room that needs to be addressed.

While hoteliers want to show flexibility to help planners meet their meal caps and be compliant, this is not the best the way to do it, said Hills. She pointed out that the practice of cost-shifting to areas outside of catering can hurt workers because their labor is paid as part of the gratuity. Artificially reduced F&B costs will result in workers getting paid less than they would for equivalent functions for non–life sciences groups. “We need to be ethical and fair to our workers, and be transparent,” said Hills.

While 83 percent of planners surveyed said their meal caps include tax and service, this also could negatively affect F&B workers, especially in union hotels. As one panelist, pointed out, tax and gratuity could comprise as much as 35 percent of the total in some cities (8.4 percent tax and 21.6 percent service charge). “A union hotel has to make up the difference in gratuity,” said Bonnie Weiss, HMCC, global pharmaceutical sales director with Hyatt Hotels Corp.

Added Michelle Irwin, CMP, HMCC, global account manager, meeting and conferences, Marriott International, “At some point [this practice] could come back and hurt all of us.”

She added, “We want to put out quality meals. We don’t want it to be so sparse that it reflects negatively on both of us.” But hoteliers need to be up front about it if their hotel just can’t meet a company’s meal caps. Colleen Kenney, CMP, associate director, global events, meetings and conventions with Takeda Pharmaceuticals International, pointed out that her company includes the meal caps in its addendum during request for proposal process. “If hoteliers responds yes, we assume they can do it. If they can’t, we can’t do business.”

Working on a Fix with Data and a Reality Check

While more than half the planners surveyed said that working with compliance to redefine their HCP meal caps is not on their radar screen, one-third said they not only had given it a shot, but they had been successful in getting their HCP meal caps adjusted to more realistic levels. Yes, it is possible—but it may not be easy.

One panelist, a director with a life sciences company, said that data was key to her being able to get a meal cap adjustment about a year ago. She said the process actually began with an audit, when she was asked to justify the HCP meal spend. “They questioned the value of the meal, and when we provided documentation noting it was a modest meal, we reviewed caps and made adjustments. At the time we even added COLA [cost-of-living-allowance] cities. We partner very closely with compliance.”

One panelist, a director of meeting and convention services with a life sciences company, said during the panel that his team has been actively working with compliance to try to increase their HCP meal caps. “We’re a data-driven industry,” he pointed out. “Forty percent of our attendees want some sort of specialized meal (vegan, kosher, etc.). Get data in front of your leadership and push for what you need.” One good set of data to arm yourself with is what “reasonable” meals actually cost in the cities where your company holds HCP meetings. “Use real menus that show what standard meals cost in your meeting city,” he said.

“If I can answer honestly to our auditor or government, that’s what this meal costs in this city—that I can defend without a red face,” he added. Another panelist agreed: “If we’re audited and we go over and it’s a modest meal, it passes the red-face test.” Benchmarking data, such as the average meal caps data revealed in the Pharma Forum meal cap survey, also can be a good persuader, said one life sciences panelist. Kenney said that her team has created an HCP liaison group to help them work with compliance and legal to understand the meal caps issues.

One panelist suggested a way to think about meal caps that might clarify the situation for compliance departments. “We should compare the way we think about meals to the way we think about air travel. An airline ticket just has to be economy class. We have to point out that we’re offering an economy-class meal, not a premium meal.” When he used that analogy with his compliance department, “There were a lot of heads nodding. They finally got it.”

Another suggestion that seemed to resonate was to make the discussion with compliance about all HCP spend limits—not just meal caps—a yearly event. Panel moderator Susan Lejeune, vice president, operations with Maritz Travel, also suggested talking to compliance about determining a percent increase year to year, similar to a cost-of-living increase.

Until and unless you are able to successfully renegotiate your HCP meal caps, here are some strategies planners and hoteliers on the panel and those responding to the survey said worked for them:

• Provide meal caps up front in the RFP and request menu options that will stay within them. Make it clear that pharmaceutical and other life-sciences companies are bound by legal constraints so they know the caps are a real need, not an arbitrary want.

• Build a menu that can meet the budget if it is not readily available via standard menus.

• Work with the chef to meet the budget. Depending on the city and season, they are usually able to meet reasonable caps with tasteful and sufficient menus.

• Explain the other business you can offer: “The more we go to a particular hotel, the greater likelihood they can work with us on meal caps.”

• Be flexible with menu selections and alternate meal options for meetings in countries that have the most severe meal-cap restrictions.

• Use hotels that have established “pharma-friendly” menus.

• Be creative. Offer to piggyback your catering with another group that’s in house over the same time.

• For physicians coming from a country with very strict caps, such as Greece, offer restaurant vouchers for meals that will fall within their restrictions.

Do You Know What Drives Docs to Attend Your Medical Meetings?
Jun 29, 2016