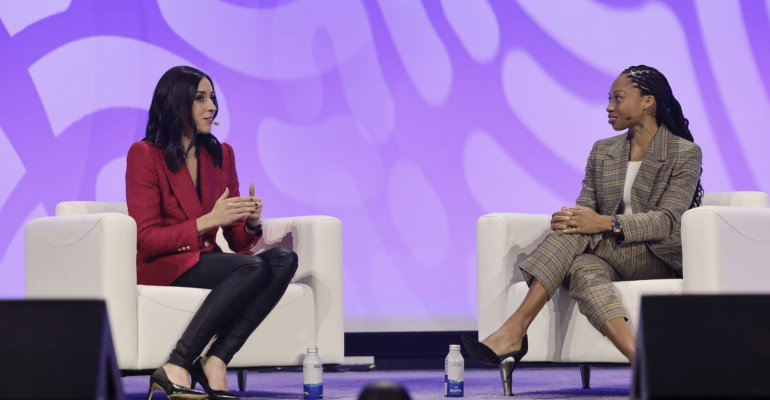 PCMA to Planners: Be a Better Performer, and a Better Manager

At the recent Convening Leaders 2023 conference, the association for convention and trade-show management delivered advice from experts on pushing beyond one’s comfort zone to try new approaches.

For the 3,300 attendees of the Professional Convention Management Association’s Convening Leaders conference, held January 8 to 11 in Columbus, Ohio, the message could not have been more clear: The business world is not the same as it was when in-person meetings were last happening at full speed. As a result, you must operate and collaborate differently to succeed in the new environment.

To help meeting and event planners achieve the results their organizations need from them, the opening day’s general sessions focused almost exclusively on how planners can push beyond their comfort zone and try new approaches in their work.

Make Opportunities Come to You
First up were Thomas Brag and Ammar Kandil, co-founders of Yes Theory, a digital media brand built around being adventurous in work and life. The Yes Theory brand revolves around the mantra "seek discomfort,” and its half-dozen employees pledge to say “yes” to any activity presented to them that will “connect people around the world, letting them know that they are not alone.”

A few examples of their work: successfully approaching Canadian Prime Minister Justin Trudeau to ask for a Christmas card, taking an Irish woman on a spontaneous trip to Japan, and welcoming people at London’s Heathrow Airport with hugs. Their concept has resonated such that Yes Theory has more than 8 million subscribers to its YouTube channel. 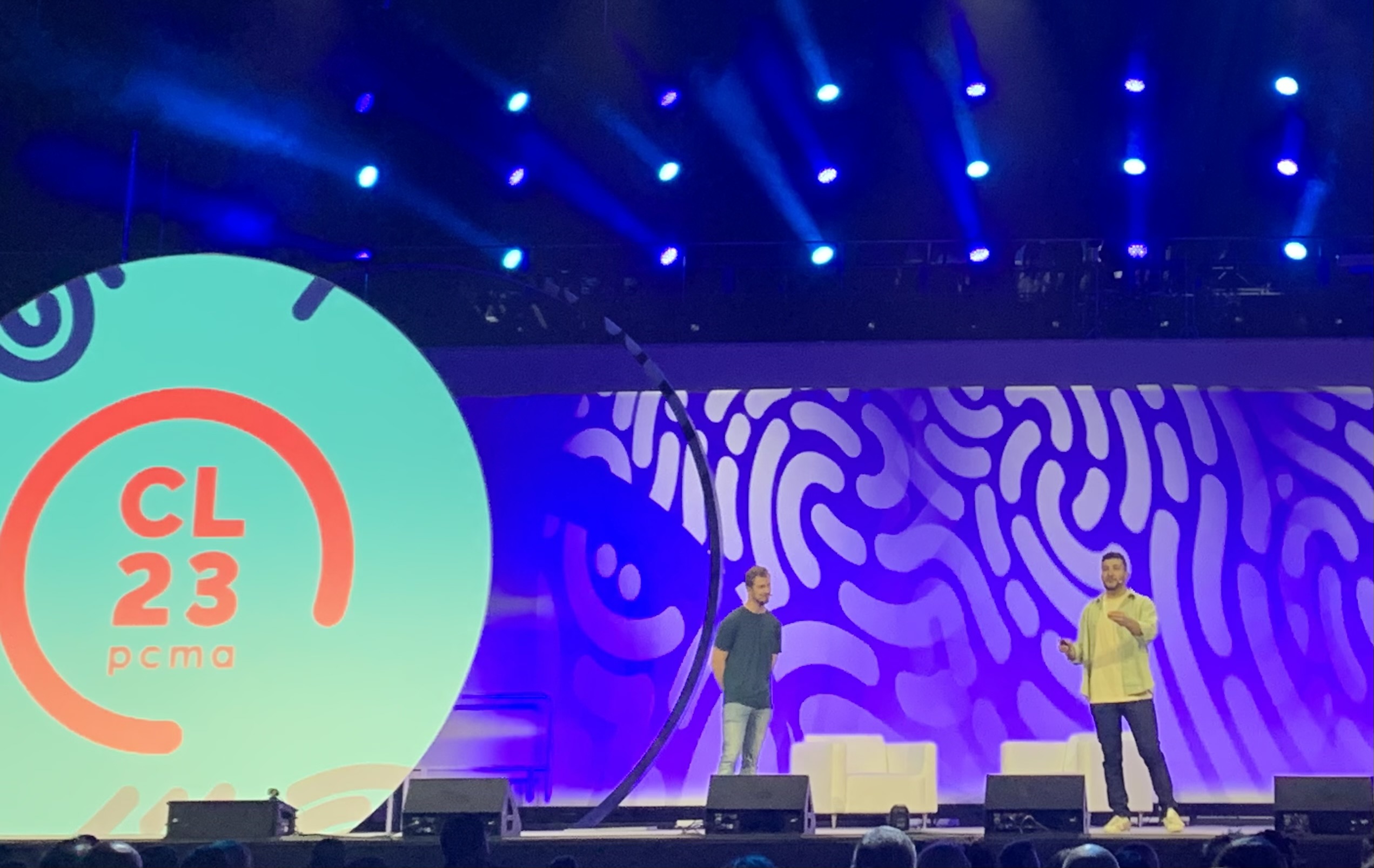 For Convening Leaders attendees, the lesson from Brag and Kandil (in photo) was that seeking discomfort fuels creativity. “Your actions not only make a difference to those you engage,” said Brag, “but also to those who observe your actions, spurring them to do things they would not have done. If you overcome your fear, anxiety, and hesitation, things will flow to you. It will not be a straight line to success; it won’t always work. But by being authentic and open as often as possible, serendipity will happen and opportunities you never even considered will come about.”

Use Self-Reflection for Professional Growth
Next, PCMA presented Adam Grant, an organizational psychologist and consultant, who pushed attendees to create “challenge networks” comprising “a few thoughtful critics who you trust to hold up a mirror so you can see your blind spots.” In fact, “some of the most valuable performance feedback you will receive will come from those ‘disagreeable givers’—blunt people who aren’t afraid to tell you hard truths, but who have your best interests at heart.” In short, “honesty is the highest expression of loyalty,” he said.

Along those same lines, Grant noted that planners would become more effective managers if “you give your team the psychological safety to tell you what you could do better. Or, preempt that by telling them what you think you could do better and take note of their response. If you do that, you’re a lot more likely to keep growing and evolving,” as will the team.

A Key to Success: Reframing Disappointment
And when things do not go well even after a lot of dedicated effort, planners could consider the approach used by Olympic sprinter Allyson Felix, the most successful track and field athlete in U.S. history. After finishing second in the 200-meter dash at the 2004 Summer Olympics, Felix was confident that she would win gold in 2008. But even with four more years of hard training, she once again finished second to her rival, Veronica Campbell-Brown of Jamaica.

Felix told the audience that the 2008 loss forced her to “reframe disappointment ... I was devastated, but that’s the moment that I was forced to look at every aspect of what I was doing—training, weight program, nutrition, management, and everything else in my routine. And if I could get even one percent better in those areas, I had to make those changes.”

She added that “when I came back to that next Olympics four years later, I felt like I was ready; I knew that there was nothing left that I could have done. Thankfully, everything came together,” and she won the gold medal in the 200-meter dash at the 2012 Summer Olympics.

Interestingly, “I don’t think I could have appreciated that moment had I not gone through the dark moments previously. Those stretched me, got me out of my comfort zone, and allowed me to become ready for success later on.” In the end, Felix retired with 11 Olympic medals and 20 world championship medals.

Lastly, Felix noted that she could not have achieved her ultimate goal without effective coaching—and her definition is one that planners can look to emulate: Great coaches “care about your whole self, not just your performance. I absorbed more of what my coach was saying when I knew that she cared about me, not just about the times I was posting. It really makes you buy in.”