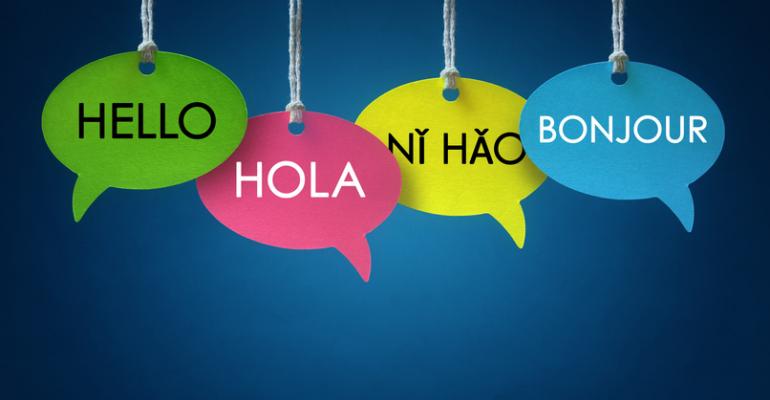 A new survey looks at how planners are responding when at least 10 percent of attendees don’t speak English as their first language.

When your meetings include attendees who don’t speak English as their first language, there are at least two big issues to consider if interpretation services aren’t offered: Some attendees may miss the messages and education that the company wants to get across, and some may feel a lack of inclusivity in the event.

To find out more about the state of multilingual meetings, simultaneous-interpretation provider Wordly hired Dimensional Research in April  to conduct an online study of meeting professionals at large companies (more than 500 employees) who planned events where more than 10 percent of participants did not speak English as their first language. The resulting 2022 State of Multilingual Collaboration report is based on 203 respondents from the U.S. and the U.K.

For survey respondents, the share of attendees at their meetings who speak a different language from the presenter is often significant: Fifty-eight percent of the planners have event audiences where more than a quarter don’t speak English as their first language. And about 60 percent report more than five different languages spoken by audience members (with 7 percent having more than 20 languages represented across their audiences).

Not surprisingly, more than a quarter of the planners surveyed (28 percent) report that the pandemic shift to online meetings brought a “noticeable increase” in the number of attendees who do not speak English as their first language.

As a result, only a small fraction of respondents has no experience with translation and interpretation services, with 58 percent reporting “significant experience.”

Yet, those services aren’t always part of the event package. Only one third of respondents say translation is offered at their events “usually” or “always,” while another 36 percent says it’s available “fairly often.” That leaves 29 percent who say translation services are “rare” or “isn’t typical,” and 1 percent who never offer it.

The full 25-page report is available from Wordly.