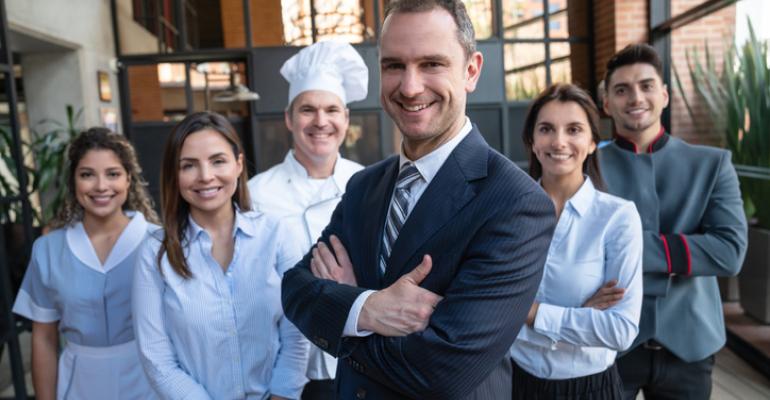 All customer-facing employees at hotels must now be trained to recognize signs of trafficking, while information helpful to victims must be posted in public. One planning veteran says the new laws could help the meetings industry push for similar action nationwide.

On the heels of her re-election as governor of New York, Kathy Hochul signed eight bills into law in mid-November that focus on combatting human trafficking across the hospitality and travel industries.

Specifically, employers covered by the laws must provide employees with alcohol awareness training that includes a human-trafficking curriculum, and also train client-facing employees to recognize human-trafficking victims. In addition, airports, bus and train stations, and automobile/trucking rest areas on highways must post informational signs and cards that detail services and contact points for human-trafficking victims in all public restrooms. And establishments that serve alcoholic beverages must display signs about the illegality of human trafficking and list an assistance hotline.

All client-facing employees must receive this training by November 20, 2023. After that date, new hires have 60 days to complete the training program.

In a recent post on the planner-focused Facebook page Event Integrity, Joan Eisenstodt, principal at meetings consultancy Eisenstodt Associates, noted that corporate and association planners could further advance the anti-trafficking movement. She suggests that planners could “encourage states in which you hold your meetings to do the same” as New York. For instance, planners could make it known to the convention and visitors bureau in a host destination that the issue is important to their organization, and that such hospitality training is expected by their executive stakeholders. In fact, New York isn’t the first state to pass this kind of regulation.

Further evidence of the human-trafficking issue being top of mind within the events industry comes from Meeting Professionals International. In a November 28 communication to members and trade media, the association noted that Tuesday, November 29 is Giving Tuesday, an international day for contributing to a charity of one’s choice. MPI suggested that those in the events industry donate to ECPAT, the international organization that fights the sexual exploitation of children through awareness campaigns and a code of conduct that meeting groups can use.

The code’s six criteria include contract clauses that event hosts can use throughout a meeting’s supply chain, such as stating a repudiation and zero-tolerance policy of the exploitation of children, demonstrating support for employee training in children’s rights and how to report suspected cases, and more.