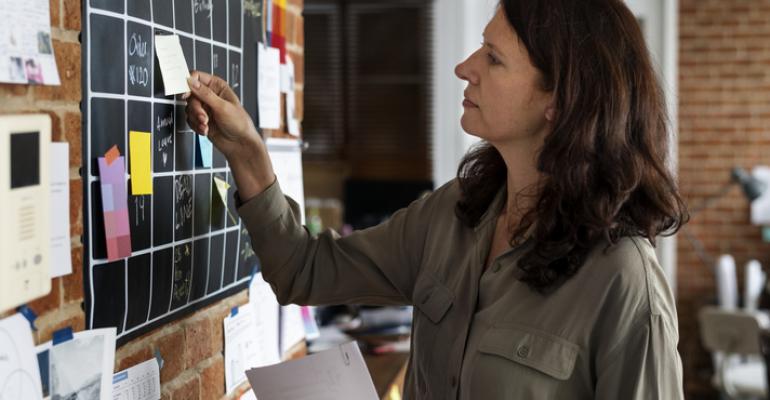 A study reveals today’s most powerful productivity strategy, and it’s perfect for planners.

In 2018, productivity expert and Filtered.com CEO Marc Zao-Sanders conducted a search of all online articles to find the 100 most frequently cited effective tips for improving productivity. Then, based on usefulness and ease of implementation, Sanders ranked the 100 most powerful productivity "hacks." The one that came out on top: calendarized timeboxing.

Known more commonly as timeboxing, it involves taking a to-do list of tasks and projects for the week and committing specific blocks of time on specific days to focusing only on one task. Doing this brings several benefits, including proper prioritization of the most important tasks, accurate allocation of time needed to complete them, and improved focus while working on each task such that it could require less time to complete than was allotted—which is accounted for in the next round of timeboxing.

Especially for team-oriented work such as meeting and event coordination, timeboxing works well because the visualization of everyone's work projects makes it easier to plan projects around others' schedules when necessary. Here is an article from Harvard Business Review that describes timeboxing's benefits as found in a real-world case study, and here is a first-person account of how timeboxing worked for one manager at Proctor & Gamble.