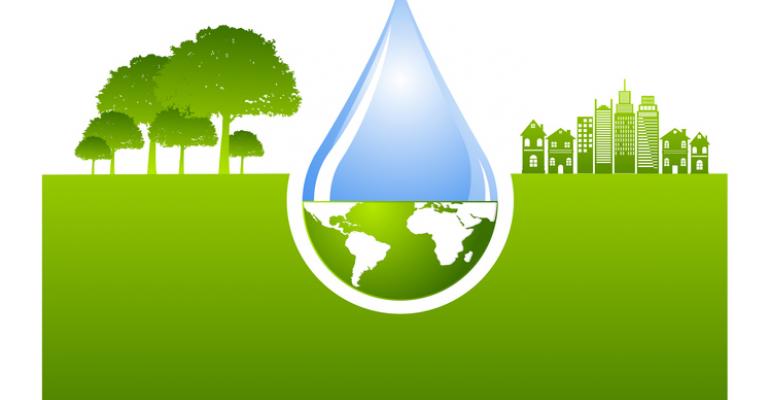 Proposed water restrictions in big meeting and incentive destinations underscore the need for planners to research conservation strategies at host properties as part of their sustainability efforts.

Earth Day has come and gone, but the environmental issues affecting the meetings and events industry are persistent and shifting. Case in point: Lake Mead, the biggest reservoir on the Colorado River and which serves much of Arizona and Nevada as well as parts of southern California, is at just 40 percent of capacity. That’s nearly the lowest level since it was first filled in the 1930s following the construction of the Hoover Dam.

As a result, the federal government is considering issuing a shortage declaration for the first time ever, which would require usage cuts in meetings-heavy places like Phoenix, Scottsdale, and Las Vegas.

Even in destinations where fresh water might seem abundant, like Hawaii, there’s more than meets the eye. Despite having some of the wettest spots on earth, the island chain still gets most of its fresh water from underground aquifers, and less rain in recent years across the islands has placed strain on water levels as the population grows.

For meeting and incentive planners, water conservation should be part of any checklist they use to ensure their events are environmentally friendly. First, given that bathrooms and laundry are the two areas where hotels and resorts use the most water, ask a potential host property about the advances it has made with updated equipment to bring about consumption efficiency as well as technology (meters and sensors) to quantify that efficiency.

Some examples: The Pennsylvania Convention Center converted to low-flow toilets and sinks throughout its facility in 2016 and has seen a 23 percent decrease in annual water usage since then. When the Hyatt Regency Maui went to high-efficiency shower heads a few years ago as part of becoming a LEED-Certified Gold property, it decreased water consumption for bathing by 30 percent.

Nancy Zavada, president of sustainable-meetings consultancy MeetGreen, says that low-flow toilets, sinks, and showers, and laundry operations are among the issues raised near the top of her event clients’ RFPs. One encouraging development: “We’ve been hearing about properties that used the pandemic shutdown as an opportunity to swap out equipment and technology that makes things more water-efficient.”

Inside the meeting space, Zavada (pictured here) makes sure to have F&B-service protocols that minimize water waste. “One practice that saves a huge amount of water is not prefilling water glasses at a meal. So often we walk into a ballroom banquet and there's all these sweating water glasses that were filled an hour ago, and when you leave you see that two-thirds of them haven’t been touched.” Instead, “we have the waitstaff place pitchers on the table and allow people to pour their own water, or have the staff do the pouring if there’s a concern about multiple hands touching the pitcher.” One thing planners should not do, even in the aftermath of a pandemic, is use individual plastic water bottles.

Interestingly, the menu options that planners select could have an impact on water usage in the destination if the ingredients are locally sourced. “It takes much more water to produce a pound of beef or pork than it does to produce a pound of chicken or fish or a plant-based option,” notes Zavada. “There are several calculators online that can show you how much water is required to produce each ingredient.”

Outside the property’s walls, issues such as the planting of native species rather than imports, the conservation of pool water, and the use of only grey water to irrigate landscaping and wash down sidewalks and patios are factors that planners should ask about.

Overall, “the quality of your attendees’ stay at a property is not affected by the efficient use of water,” Zavada says, “but the benefit to that destination is tangible.”