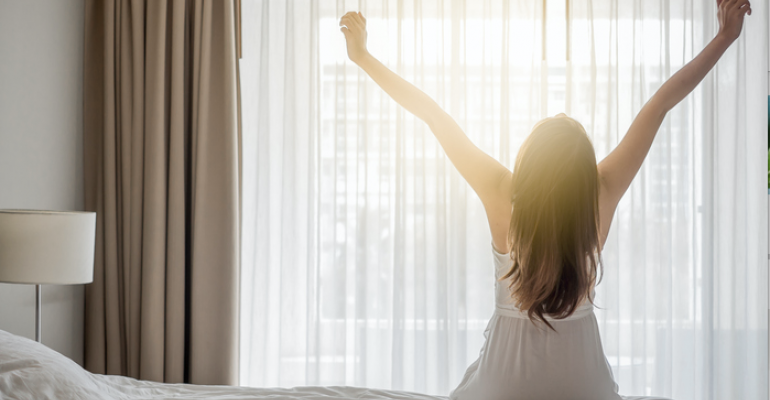 More Sleep, Better Results: Getting Attendees to Buy In

Statistics from a National Sleep Foundation report and an Edelman/Cvent attendee study show that promoting sleep to businesspeople could bring meeting-related benefits.

The National Sleep Foundation is holding its annual Sleep Awareness Week from March 10 to 16, with this year’s theme “Begin with Sleep” highlighting the importance of good sleep habits for achieving personal and professional goals. The campaign provides information and statistical evidence about the benefits of sufficient sleep, and how it affects both physical health and cognitive ability—the latter of which is sure to interest meeting planners who measure attendee satisfaction and return on investment for their events.

NSF's recent Sleep in America poll found that while 89 percent of people who say they are "excellent" sleepers feel very effective on most days, only 46 percent of people who say they are "poor" sleepers feel the same. What's more, even excellent sleepers can feel diminished if they simply don't get enough hours of sleep—and just 10 percent of all survey respondents say that sleep is a priority to them versus their work, social life, hobbies, nutrition, and exercise. In other words, even when people know that sufficient sleep makes them very effective, many other things take precedence over sleep.

Not surprisingly, this is also true at meetings and events. In August, Cvent and Edelman surveyed 1,000 people each from the United States, the United Kingdom, and Germany who had attended at least one professional conference in the past six months. Some revealing nuggets from the survey: 54.3 percent of respondents had socialized with other attendees late into the night at least once, and 17.7 percent of respondents said they missed an early-morning session at least once because of doing so.

Besides promoting to attendees the cognitive benefits of sufficient sleep that are noted in the NSF study, planners might also reconsider their event schedules to bring about better attendee performance. For instance, could evening networking and social events end a bit earlier than they do now, or be held at the host property? Or could morning sessions change in timing, length, or format if attendees say that such networking is especially useful at that particular event? And throughout the day, could scheduling alterations allow attendees time to nap? If not, could certain F&B offerings or wellness areas serve to maintain or refresh attendees' cognitive ability?