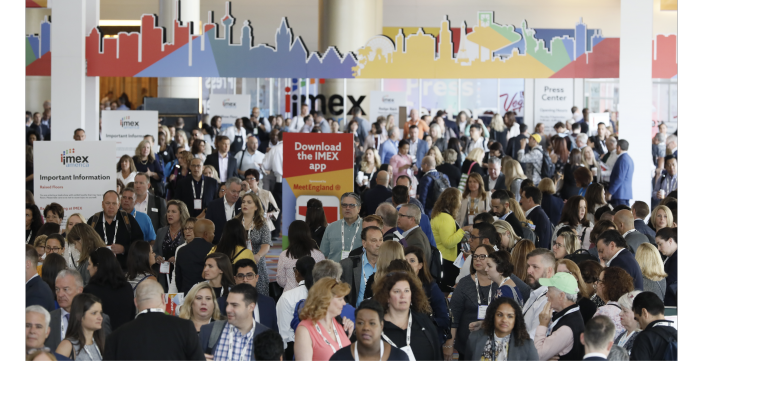 IMEX America adopts what its CEO calls “the unofficial gold standard” of in-person safe-event protocols for its November 8-11 show.

The operators of IMEX America, the nation’s largest show for the meeting and incentive industry, have announced that all participants will be required to prove they’ve been fully vaccinated against Covid-19 in order to attend the November event in Las Vegas.

On September 7, IMEX Group published the show’s on-site plans for Covid safety as well as the protocols for attendees, presenters, exhibitors, and sponsors who come to the event at Mandalay Bay from November 8 to 11. The protocols include a vaccine mandate and specify the means that will be used to verify compliance among North American attendees: CLEAR Health Pass. The CLEAR system is used for identity verification at U.S airports and has recently partnered with large venues and event organizers around the country for electronic proof of vaccination status.

IMEX Group will use a different process, however, to verify the status of international attendees—typically a sizable portion of the event’s audience. The organization said that those attendees “will be able to submit their vaccine status to an equally secure portal prior to the event to gain vaccine certification.”

In explaining the decision, Carina Bauer, CEO of IMEX Group, noted that “we’ve consulted widely about this decision and have been watching the events landscape in North America very closely these past weeks. The requirement for participants to prove their full vaccination status is fast becoming the unofficial ‘gold standard’ for large events in the U.S.” Since August 15, at least four major domestic shows have announced a vaccine requirement.

“Now that we’ve published our plans,” Bauer added, “we hope that everyone has enough time and space to make their own arrangements to attend the show.”