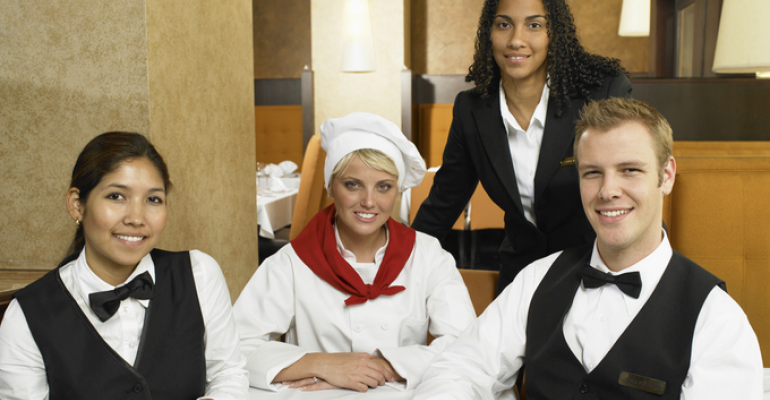 Hotel-Labor Shortage: How Bad Is It?

A new report from AHLA shows that staffing challenges are nearly universal, affecting hotels in all price tiers. Robots could fill in for some tasks, but labor unions aren’t happy about that possibility.

Planners: Are you sure that your next in-person meeting will have enough service staff on property to deliver the quality of experience your audience expects? At the moment, that doesn’t seem likely.

A survey conducted six weeks ago by the American Hotel & Lodging Association found that 97 percent of the responding owners and managers across all hotel segments—from economy to midscale to luxury—said they are dealing with a staffing shortage, with 49 percent saying they are “severely understaffed.”

To meet the demand, hotels are offering a host of incentives for potential hires: nearly 90 percent have increased wages; 71 percent are offering greater flexibility with schedules, and 43 percent have expanded their benefits packages.

These efforts have met with some success: Since March, respondents say they have hired an average of 23 new employees per property. On the flip side, they are also trying to fill an average of 12 more positions.

To help hotels fill the more than 130,000 open positions nationwide and raise awareness of the hospitality industry’s career pathways, the AHLA Foundation recently expanded its “A Place to Stay” advertising campaign. After a pilot in five markets, the campaign is now active in 14 cities, all of which are big meeting destinations: Atlanta, Baltimore, Chicago, Dallas, Denver, Houston, Los Angeles, Miami, Nashville, New York, Orlando, Phoenix, San Diego, and Tampa.

The most critical staffing need at hotels is housekeeping, with 58 percent of respondents saying it’s their biggest challenge. Interestingly, some properties are leasing robots for about $2,000 per month to provide housekeeping plus other services typically performed by humans. For instance, rolling automatons can vacuum hallways, prefunction spaces, and ballrooms, while others are able to deliver extra bath amenities as well as room-service or local-restaurant orders to guest rooms.

Unite Here, the largest hospitality union with 300,000 members across the U.S. and Canada, is trying to blunt the adoption of technologies it finds threatening to its human members. In labor contracts with hotels in Boston, Las Vegas, San Francisco, and Hawaii, the union requires 180 days’ notice before new technologies are implemented.

In a recent article in the New York Post, Relay Robotics CEO Michael O’Donnell said that “we have been more successful in non-union hotels. We have to figure out how to engage the unions.” One potential concession he proposed: Robots could pay union dues or their companies could share a percentage of the leasing fees with unions.

Some signs do point to the possibility of the robot providers coming to a compromise with unions. “We are not going to stop new technology,” said D. Taylor, international president Unite Here. “The question is, are you going to be part of the process or be run over by it?”