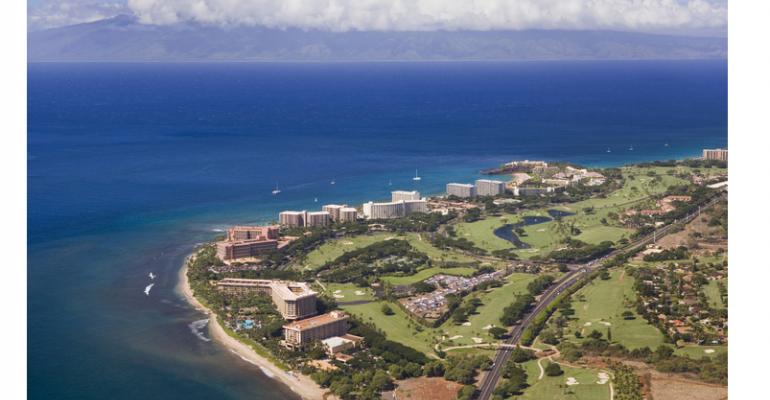 Next week, Maui and Kauai add their own levy on top of state hotel taxes. Oahu has moved closer to doing so by early 2022, and the Big Island might do the same.

With the Hawaiian islands of Maui and Kauai—top destinations for incentive programs—preparing to institute a new three-percent accommodations tax on November 1, the Honolulu City Council, which presides over the entire island of Oahu, recently voted to advance a bill to levy the same tax on hotel stays there starting in 2022.

The total state-imposed tax on hotel rooms in Hawaii is 14.5 percent, which means that travelers to Maui and Kauai will pay a total of 17.5 percent per night in lodging tax as of November 1. That would be the sixth-highest total lodging tax in the U.S., after Omaha; St. Louis; New Orleans; Overland Park, Kan.; and Memphis. It would be equal to the tax hotel guests pay in Baltimore; Birmingham, Ala.; Cincinnati; Cleveland; Columbus, Ohio; and San Antonio.

On Oahu, the budget committee of the Honolulu City Council recently voted four to one to move Bill 40 to a final hearing to establish the same “transient accommodations tax” that would direct money to facilities and infrastructure impacted by tourism, as well as rail transit.

In fact, the legislative councils for the other islands are in different stages of approving the same levy as a response to a Hawaii Legislature decision earlier this year to reallocate funds collected through the state’s tax on hotels and short-term rentals. In particular, the state legislature’s action took roughly $45 million away from Oahu.

In return, the state legislature gave the islands the ability to assess their own lodging tax of up to three percent. Any island that implements a new accommodations tax will be able to use the proceeds for items such as improvements to roads, infrastructure, water-treatment plants, and building more affordable housing.

The Honolulu City Council only meets in full once a month, and the bill must be voted on again before it can be sent to Honolulu Mayor Rick Blangiardi for his signature. City Council Chair Thomas Waters told Hawaii Public Radio that it will take public support from other city leaders to meet the December 31 deadline for the bill to reach the mayor’s desk.