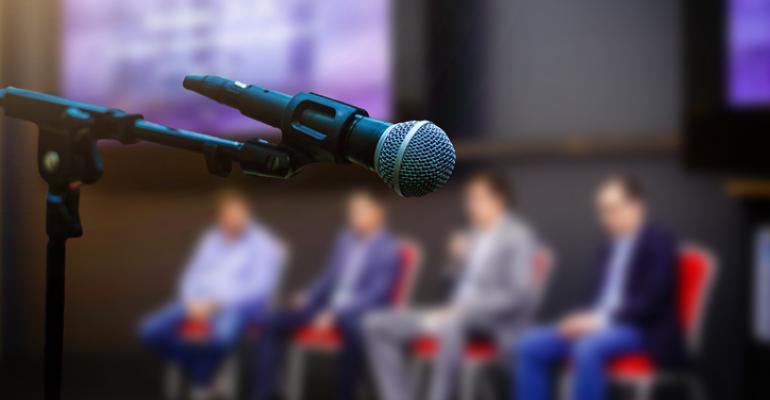 Forget the post-event online survey. At least one show lets attendees step to the microphone on the final day to offer their unvarnished opinions to planners sitting on the stage.

While it was inevitable that late July’s Comic-Con International convention in San Diego—the first since 2019—would experience some unforeseen glitches during the week, the show’s planners once again made themselves available on the final day to hear critiques from attendees.

The two-hour “talk back” session, a show tradition for more than 20 years, saw about 150 people step up to microphones set around the room and provide their opinion directly to planners about what needed to improve at next year’s event. According to this article in the San Diego Union-Tribune, not maintaining order at the entrances to popular sessions, not accommodating some attendees with accessibility issues, and not providing consistent information topped the list of gripes. Regarding that last point, one attendee said, “You could talk to three people within a 15-foot space” such as show staff, volunteers, and contracted security personnel, “and each would tell you something different.”

From the stage, David Glanzer, chief communications and strategy officer for the convention, said that the two-year hiatus made things “a little rougher than they have been in the past. It really is like holding dough—when you squeeze it, there is a hole here or there. We are trying to patch those things up.”

On the other hand, Glanzer and his team are encouraged by the fact that many of the attendees who make critiques also mention elements of the show they felt worked well, including the quality of the content in panel sessions and the experiences in show-floor exhibits.

An in-person attendee-feedback session might be uncomfortable, but it’s also likely to strengthen the trust and loyalty of your audience. If you have had such a session (or have another innovative way to garner honest attendee feedback), we’d love to hear a few details about it. Please email Rob Carey, MeetingsNet senior editor to explain the format you use, and how you then follow up with your audience after the show so that they know you are responding to their concerns.

What Does the JetBlue-Spirit Airlines Merger Mean for Meetings?
Jul 28, 2022