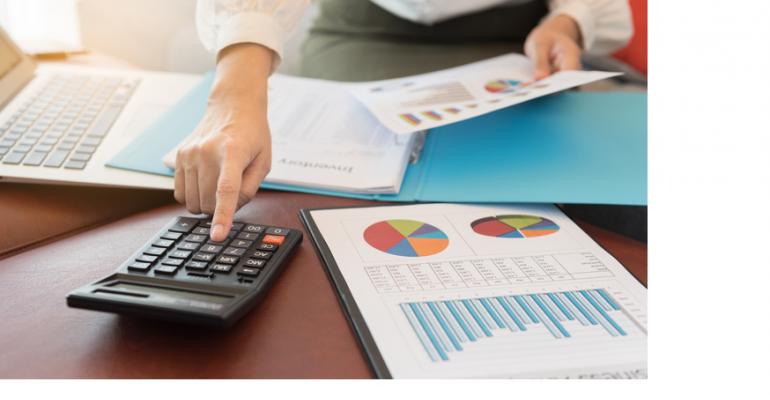 How to build budgets and adapt them on the fly at a time when in-person and virtual meetings don’t yet have a clear path forward.

During Professional Convention Management Association’s annual meeting known as EduCon, held July 7-9 in Phoenix as well as online, one session that drew an unexpectedly large number of longtime planners was titled “Settling and Scaling Budgets in an Uncertain Landscape.”

In the breakout session led by Todd Schwartz, CMP, formerly a senior events marketing manager at McDermott+Consulting, 38 of the 55 attendees said they had more than a decade of planning experience. As a result, Schwartz allowed in-person table discussions every 10 minutes while bringing remote attendees into Zoom breakout meetings so people could share their experiences related to the budgeting process. He then had each group share its best thoughts.

Not surprisingly, one of the central principles for budgeting at a time when in-person events might not happen as originally planned is to create a framework that allows for flexibility. For instance, planners should have one or more backup plans in case an event cannot happen at the scheduled site and generate cost estimates for using alternate destinations or shifting the event to virtual or to hybrid. Keeping in mind, Schwartz said, that the latter is the most expensive meeting format and that executives probably don’t know that.

The other element that must be ingrained in the budgeting process is clear communication between the lead planner and his or her peers, managers, C-suite executives, and vendors.

At the start of the project, Schwartz said, planners should establish how often budget-update meetings will happen and explain what information is expected from every person in those meetings. A few veteran planners underscored the importance of understanding the way that each group of stakeholders prefers to communicate. “Over time, I’ve learned who doesn’t really read through emails,” said one planner. Another noted: “For my C-suite, I do not send spreadsheets; I just send memos with recommendations at the end.” And another said, “Some people just need the facts in bullets, while some want to discuss everything in detail,” for which brief Zoom meetings can happen on a regular basis. (For a better understanding of individual communication styles and how to navigate them, check out this article.)

One other veteran stressed there’s a specific area where planners must maintain absolute vigilance: Who has the right to make changes on shared spreadsheets and documents? Planners should make clear who must be notified whenever changes are made.

Prioritize Meeting Elements by Their Potential to Deliver Value
Because the present environment does not allow planners to use the same budgeting process as that of 2019, planners must examine the total budget for each event and see if money must be shifted between areas in order to deliver the most overall value to attendees and other stakeholders.

“Insufficient budgets are an uphill battle from day one, and cause staff burnout,” Schwartz noted. If some goals or objectives of a meeting must be scaled down to ensure the meeting is a notable success for those objectives, that is better than the meeting being neutral or even a mild disappointment in hitting all of the original objectives. In fact, the latter scenario diminishes the value of meetings in the eyes of executives—a distinctly negative outcome for planning teams.

“Keep explaining to your bosses the reality of the numbers in the present environment, where AV costs and room set-up costs and other costs are higher than before,” says Schwartz. “If you really need more money for success in a certain area, then ask for more, or move some from another area, or come up with one more creative sponsorship offering.”

Schwartz told a story about how he once made the most of just $300 allotted for décor for an evening event. “I took a taxi to a dollar store and bought vases, and then spent the rest of the money on flowers. I got them back to the hotel and cut them myself. When attendees saw the centerpieces at dinner, they said, ‘Those are wonderful, which florist did you use?’ The client loved it, and it would have cost them thousands.”

Here are four more pieces of advice shared by the veteran planners during the PCMA session:

1. Regular re-forecasting is necessary these days, so allow time between meetings to do that and then to present that well to stakeholders.

2. Create a timeline for when the in-person meeting must be decided upon as happening or not, and have timelines and costs ready for converting a meeting to virtual or hybrid that can be presented to senior executives. Along with that should be estimates of value that will be realized for each objective in the revised format.

3. Come up with negotiating strategies for each vendor based on the strength of their business at the moment, and assign staffers certain roles in the negotiation process based on their individual strengths. The best negotiator on your team should handle the largest budget elements that will not be simple to secure at an acceptable cost. Other staffers can be responsible for, say, procuring attendee gifts.

4. Avoid budget overruns by:
• Having an audit clause in the contract to ensure you get accurate room-block counts from all reservation sources;
• Negotiating flexible F&B minimums;
• Using A2 and L2 techs rather than A1 and L1 techs whenever the audiovisual and production set-up allows. In short, A1 and L1 techs are managers but rarely need to be involved in every session of an event
• Investing in more of your own audiovisual equipment, and negotiating down exclusive-use charges for in-house audiovisual suppliers;
• Getting monthly, yearly, or multi-event discounts for livestreaming services, and communicating across internal departments to maximize the number of events working under that deal.