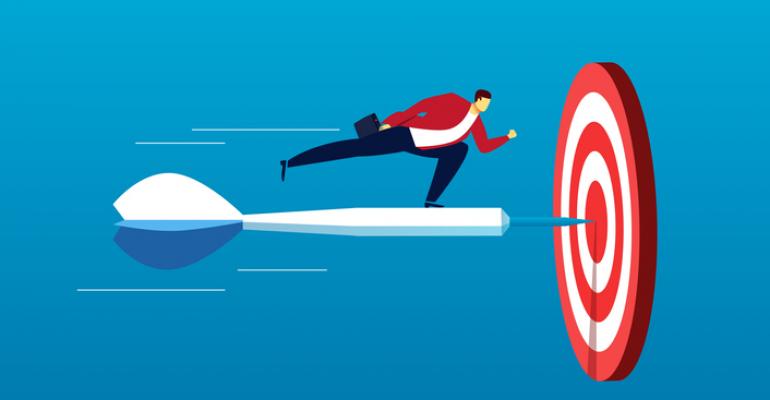 Do Meetings Have a Bullseye on Them?

As nationwide demand flattens, hotels target the meetings segment with rising rates and fees to maintain their revenue.

With rumblings that the U.S. economy is losing steam—and some proof coming from the most recent hotel performance statistics—one might think that meeting and event planners are poised to gain the upper hand as they negotiate for upcoming programs. Not so fast.

There has been a clear softening of demand across all hotel segments, from economy to luxury. Over the past nine and a half years, only three months have seen revenue per available room (RevPAR) decline, according to hotel research firm STR—and all three were within the past year, including September 2019, the most recent month reported. This trend “points to a continued slowdown for the U.S. hotel industry,” says Jan Freitag, senior vice president of lodging insights for STR. “Demand only grew 1.2 percent, not strong enough to overcome a [historically high] 2.0 percent increase in supply.” In fact, Marriott International, the world’s largest hotel company, reported a whopping 23 percent decrease in Q3 2019 profit versus Q3 2018.

However, Freitag notes that “hotels at the high end, in the ‘luxury’ and ‘upper upscale’ classes, were able to report slight RevPAR increases [which] were positively impacted by a group RevPAR increase of 3.0 percent compared to a -0.2 percent transient RevPAR change." Another industry research firm, HotStats, found that a robust 4.0 percent rise in conference guest-room rate in Q3 2019 versus Q3 2018 is what kept Q3 2019 RevPAR positive for the luxury and upper upscale segments. One prominent example: Las Vegas had the strongest first three quarters of a year ever for its average daily rate, which doesn’t even include resort fees. What’s more, Las Vegas saw a 3.3-percent increase in convention attendance in the first nine months of 2019 versus 2018, which largely fueled that record-setting ADR.

A majority of planners report that the properties they’re dealing with around the country still have the upper hand on rates, according to Meeting Professionals International's Fall 2019 Meetings Outlook: 18 percent of responding planners said that they are experiencing a strong sellers’ market at the moment, while another 34 percent find it to be a slight sellers’ market. Twenty percent of planners find the market balanced at this time; 21 percent said the market slightly favors buyers; and 8 percent said they see a strong buyers’ market.

In addition, the MPI report cites planners who have found new fees placed on their groups’ master bills that do not appear in the contract, such as an “environmental fee.” As a result, planners should not only negotiate for more value-added meeting elements when properties won’t budge on rates, but they should also compare their event contract with the final bill to ensure that no additional charges are slipped in.

What Does the JetBlue-Spirit Airlines Merger Mean for Meetings?
Jul 28, 2022