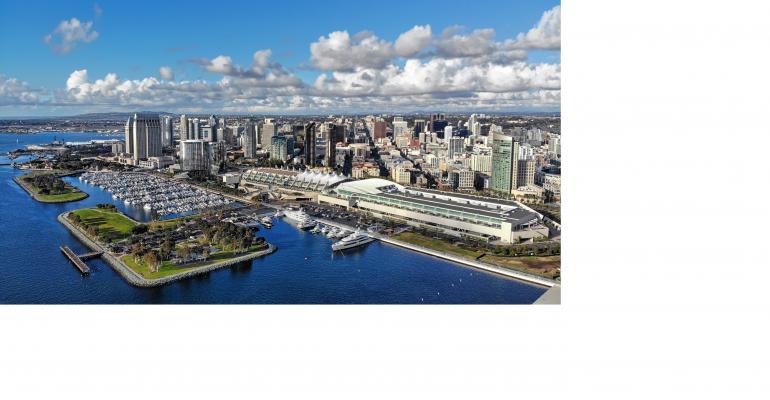 As of June 15, indoor gatherings can take place with participants wearing masks. Convention centers and other venues hosting 5,000 or more will need attendees to be tested or show vaccination proof.

With California’s Covid-19 outbreak dramatically improved—average daily cases are at about 2,000 from more than 40,000 in January across a population of 40 million—Governor Gavin Newsom has announced that June 15 is the date when indoor gatherings greater than 100 people will be allowed, provided that participants wear face masks. However, convention centers, arenas, and other facilities hosting events larger than 5,000 people will require attendees to show a recent negative Covid-test result or proof of vaccination.

The move is dependent on the continued availability of vaccines and continued decreases in Covid-19 hospitalizations. Mark Ghaly, the state’s director of health and human services, said on April 6 that the state has administered more than 20 million vaccine doses. “Those who are vaccinated [but contract the virus] generally have seen very mild symptoms,” he added. “If we continue to see that and see the stabilization in data, then we will move forward with the June 15 date.”

Earlier this week, the Exhibitions & Conferences Alliance—a group comprised of meeting and trade-show organizers and suppliers from around North America—released a statement urging California’s governor and legislators to issue guidance or a timetable for the resumption of indoor events larger than 100 people, which was the size limit that Newsome originally allowed for in an April 1 announcement.

ECA noted that in California, business events support about 290,000 jobs. A recent study conducted by Oxford Economics estimates that for every month that trade shows and conventions are not happening, the state is losing $1.4 billion in direct spending and $130 million in state and local taxes.

The ECA also pointed out that neighboring states Arizona and Nevada had issued guidance for restarting trade shows and exhibitions immediately. On March 25, Arizona Governor Doug Ducey issued an executive order rolling back restrictions for events of 50 or more people; these no longer need the approval of local governments. The order does add that “these events should continue to follow safe practices and CDC recommendations, including physical distancing.”

In Nevada, as of March 15 gatherings are limited to 250 people or 50 percent of a venue's fire-code capacity, whichever is fewer. However, event organizers who seek to host more than 250 people can submit a Covid-19-preparedness and safety-certification form to the state's Department of Business and Industry for approval. Come May 1, venue capacities and the large-gathering approval process throughout Nevada will be determined by county authorities. Restaurants, bars, and gaming floors may operate at 35 percent capacity, while museums, art galleries, and retail stores can operate at 50 percent capacity. However, Nevada Governor Pete Sisolak has kept a mask mandate in effect in all indoor spaces.

“Most event organizers need at least 90 days to finalize plans, communicate with exhibitors and attendees, as well as professionally execute successful business events,” said Tommy Goodwin, vice president of government affairs for ECA. “That means organizers need written guidelines now for events that are scheduled to take place in July or August” in California.

In Reno, Nev., Mike Larragueta, vice president of sales for the Reno-Sparks Convention & Visitors Authority, said that “as COVID-related restrictions in Nevada have gradually been modified, the RSCVA has experienced an increase in lead volume. Regional clients tend to actualize at a higher rate. … We anticipate sports tournaments and competitions will lead the return of group events, and the May 1 transfer of approval authority to local jurisdictions is a strong sign that a full return to the meetings segment is on the horizon” for the destination.

“We are beginning to see real momentum in vaccinations across the country and a light is emerging at the end of the long tunnel caused by the pandemic,” said Goodwin.