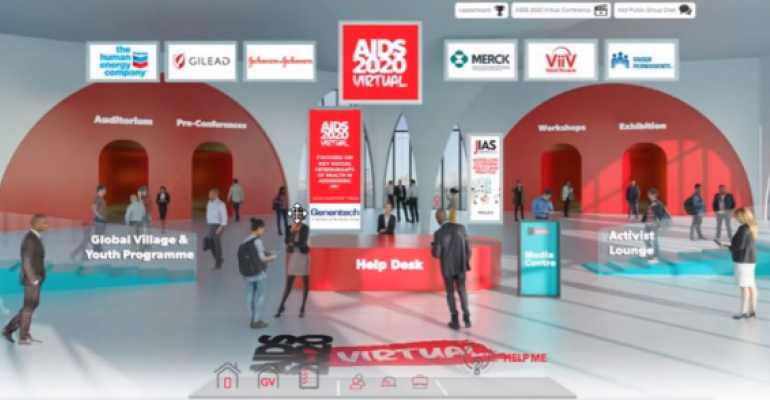 A planner for the International AIDS Conference shares his advice for combining digital and physical in the new events landscape.

At the beginning of the Covid-19 pandemic, planners had to scramble to switch to virtual events without much familiarity with the platforms on offer and with little time to consider what would happen when physical events resume next year. James Kelley, director of onsite, lead cultivation, business development, and virtual events at MCI USA, switched several large-scale trade shows and conferences to virtual this spring and summer.

In 2020, the International AIDS Society planned to hold its biannual International AIDS Conference in the U.S. for the first time. MCI was initially contracted to handle housing for the event, which was co-located in San Francisco and Oakland, Calif. Once the society decided to switch to the virtual medium, though, MCI bid on planning the entire event.

Kelley says that “We got a head start on [adjusting to the pandemic] because our Asia office had seen the cancellations start to happen, and the office itself closed in mid-February. We also run thousands of digital events a year, but they are mostly webinars rather than full-blown conferences.”

Here, Kelley shares his thoughts on how planners can choose the right virtual platform, determine which features are necessary and which are gimmicks, and how to best use virtual in the post-Covid environment. 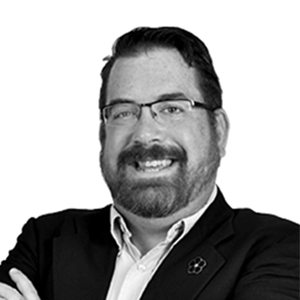 Choose a platform wisely. MCI considered more than 130 digital platforms, some very advanced and others bare bones, and found UgoVirtual to be the most experiential. That was one of the most important considerations in the list of more than 70 criteria that MCI wanted, along with the need for sponsorship and branding opportunities as well as no limits on attendee participation. Kelley typically works on events for up to 150,000 attendees, and more than 28,000 people registered for the AIDS2020 event so attendance caps on sessions wouldn’t work.

Give exhibitors more for less. Virtual offers some huge pluses for exhibitors: First, a virtual trade-show booth is tens of thousands of dollars cheaper than a physical one. For the virtual AIDS2020, Gilead invested in a captivating double-decker booth. Kelley says, “It looked amazing; they had a design company create what they would have had in the physical space but without the transport and construction costs.” Second, exhibitors know exactly who downloaded a brochure at their booth, joined a live event there, or clicked on a video segment.

Kelley’s hope for the future of hybrid events is that the virtual trade-show floor can become a semi-permanent salesroom in between conferences. He asks, “Why can’t we use the exhibitor platform as the marketplace for each industry, so buyers are not dependent on Amazon and Google?” Trade shows showcase the latest and greatest products, whether in medical technology or emerging niches such as legal marijuana, and potential buyers would find it easier to research and compare virtual exhibitors versus searching on Google, where big companies can drown out smaller competitors.

Support from sponsors is still a thing. According to Kelley, “No one is going to get the same amount of money as in a physical space, but then the cost of putting on a conference is drastically lower when it is virtual.” He gives the example of an event MCI did using UgoVirtual in June, where $900,000 of sponsorship had been raised for the physical event but less than $20,000 had to be refunded when the conference switched to digital.

A designed virtual space offers all the same opportunities for banners and branding, and even creative opportunities for post-session networking. At a medical conference this summer, Abbott Laboratories sent branded packages of wine and vodka to participants who signed up for a digital training session so the firm could host a social event afterwards, and attendees could still earn digital swag in the form of gift cards by participating in booth activities. At AIDS2020, one sponsor invited applications from people who would not ordinarily have been able to participate, then provided mobile satellite hotspots for the event to a number of attendees, including doctors in Africa without internet access.

Know your worth. Kelley has one question for associations when they don’t know exactly what to charge for a virtual event: “If you do your event online for free, then what is the value of the event when you go back to face-to-face?”

If anything, attendees should find full price for your event more affordable since they don’t have travel and lodging costs. IAS charged $595 to attend this summer’s virtual conference, and another MCI client, the Association of Diabetes Care & Education Specialists (ADCES), charged $99 for its annual meeting held virtually from August 13-16 and doubled registration to more than 6,000 participants.

Make it a visual experience. Kelley’s mantra in the switch to digital was, “Our face-to-face industry is vibrant and designed to drive business and education. To match that, we need a ‘Super Bowl’ virtual presence.” While UgoVirtual, the platform AIDS2020 used, has about 30 templates for each virtual venue, such as a lobby or auditorium, IAS used an Italian design firm to create custom meeting rooms for its attendees. Session rooms looked like an amphitheater in San Francisco’s Golden Gate Park with views of the bridge in the background, and the entrance hall was festooned with clickable banners for sponsors. Kelley says, “For sponsors and branding, you need all the wall clings and floor graphics of an actual convention center.”

However, just because the platform you choose can provide a visual feature, that doesn’t mean that you should adopt it. MCI chooses not to let attendees at virtual medical conferences have an avatar. Kelley explains that “It’s a professional environment; it seemed gimmicky to have doctors using avatars. Some attendees did upload a headshot that appeared next to their name in chats and social events.” In the future, “it might be more useful to give attendees a symbol based on their role—for example, identifying a dietitian versus a researcher, so that people can more easily find who they are looking for.”

Prerecorded does not mean canned. Kelley advises pre-recording as much content as possible. Recorded presentations mean the live conference is not at the mercy of a speaker’s bad internet, and it can actually enhance interaction. Kelley gives the example of Jay Baer, a speaker at a recent MCI conference who recorded his keynote but then participated live in the chat function to answer questions from the audience as they were posted, instead of waiting until the end and potentially running out of time or having attendees forget their questions.

Platform ease-of-use is key. Attendees at AIDS2020 were able to accumulate points by finding red ribbons at every booth and collecting them to compete for the grand prize of free registration and a hotel room at next year’s physical conference. Kelley says it is an indication that the platform is easy to use when the top question for the help desk is not about technology but rather, “How do I get more points to move up the leaderboard?”

Timing isn’t everything. Since the pandemic began, the trend has been that a virtual event sticks to the same time schedule that it would have had in the original physical location. So, for example, if Sir Elton John was going to deliver his AIDS2020 speech at 9 p.m. in San Francisco, then the speech would be delivered virtually at that time as well. In fact, this is a useful standard to continue with since future conferences will likely be hybrid, and live announcements shouldn’t benefit virtual attendees in one time zone versus another. However, Kelley cautions that while attendees rarely leave in the middle of an in-person session, they will often pause a virtual one, perhaps to have a meal or run an errand, and then resume watching later. That is a reflection of timing, not the content or speaker. It also means attendees are less stressed trying to cram every session into a limited-time event. They are likely to retain more information if they can catch up on missed sessions on demand at their leisure, even 30 to 60 days after the conference. During his interview with MeetingsNet, Kelley noted that according to the UgoVirtual dashboard, there were 92 attendees consuming content at that moment from the ADCES event that had ended three weeks before.

Don’t reinvent the wheel. AIDS2020 had 900 sessions, and Kelley says they were able to integrate the IAS learning-management system into the platform so that all the rules to be an accredited provider of digital education were ported over to the virtual conference.

One final, important question: What happens if virtual conferences are so appealing to attendees, exhibitors, and sponsors that people don’t want to return to physical events?

As a planner, Kelley hopes people will want to do both. “The piece that is missing here is that organic conversation that happens in a session room, break area, or bar with another attendee,” he notes. “We are all social creatures. I personally believe, after seeing these events, that people really miss each other and that a large majority of them would rather be there than online.” 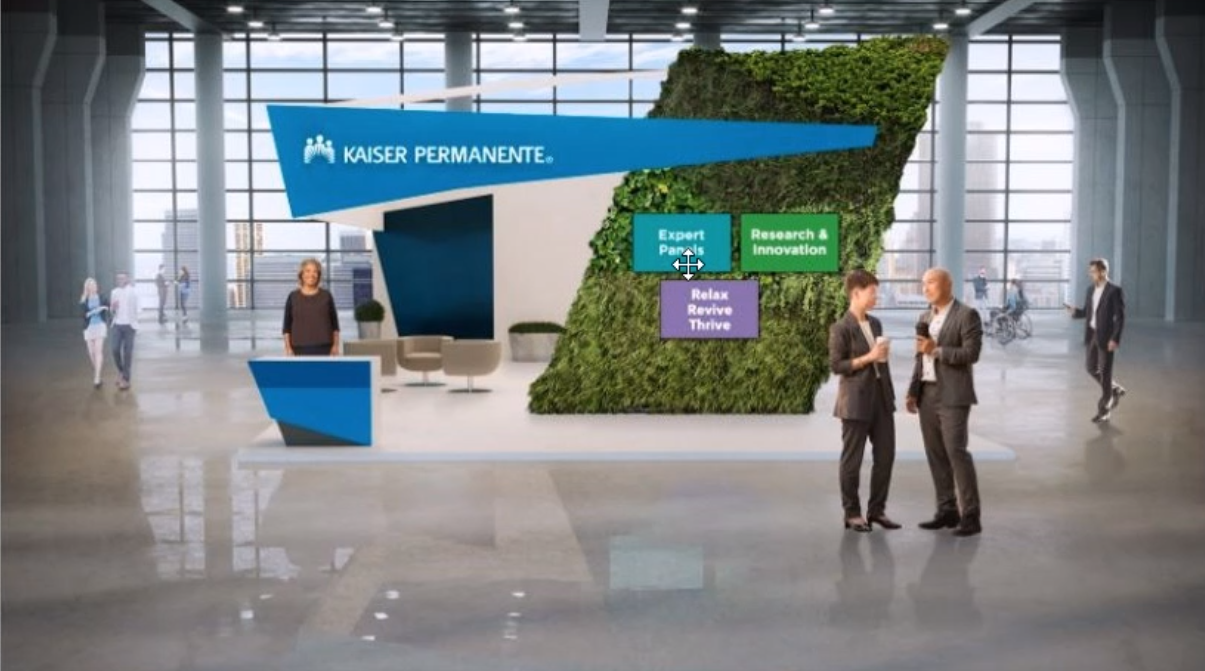