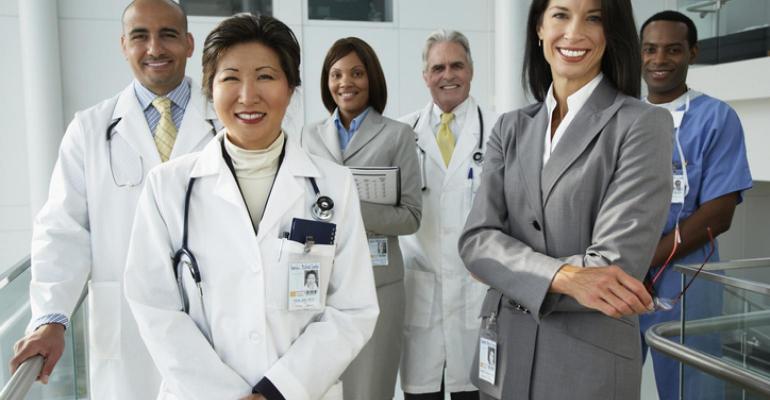 With Virtual Meetings, Docs Are Playing ‘Let’s Make a Deal’

Two research reports find that HCPs are willing to participate in online events—if peer interaction is prominent on the agenda.

As the business world returns to holding in-person meetings, it would be a mistake to not take lessons from the past two years of mostly virtual events. For instance, many doctors and nurses have gotten fairly comfortable with the virtual medium out of necessity, but the ways in which the digital medium is used makes a difference in how these HCPs want to keep engaging with it moving forward.

For example, a recent report from SSCG Media Group, a healthcare media and marketing agency, found that practitioners from 19 out of 20 specialties planned on conducting many fewer telehealth sessions with patients in the next six months. The notable exception: psychiatrists.

On the other hand, “what we did see remain consistent was that hybrid learning, and meeting with virtual reps, are things HCPs want to continue doing,” said Sandra Parrelli, vice president of research and insights for SSCG, in this article from medical-media outlet MM+M. Also, “more HCPs are interested in things like podcasts and videos as a way to gain knowledge from pharma companies. ... HCPs feel [all these things] provide them with more opportunities for learning.”

There is one thing planners need to understand about HCPs’ desire to learn via the virtual medium, though: Their comfort with social media has spurred a big increase in the use of not just mainstream platforms such as Facebook, Twitter, and LinkedIn, but also physician-specific ones such as Doximity. And the survey found that not only were HCPs using these sites more often, but they were also changing how they were using them. “Previously, physicians were just going on social media for breaking news,” Parrelli noted. “Now, there are more apps to talk about patient cases and to solicit peer input. They’re using social media in a more dynamic way and integrating it into their day-to-day routines.”

In a similar vein, life-science firms and medical societies alike would engage HCPs better by adding to their virtual events sufficient time in the agenda for live conversations among attendees via small-group breakouts, topic-specific chat forums, Q&A sessions, and other means.

Another recent report highlights perspectives from several European medical societies as well as research from Ashfield and the International Pharmaceutical Congress Advisory Association showing that younger HCPs in particular find a “predominantly passive” approach to education to be unlikely to alter HCP behaviors, improve clinical performance, or change patient outcomes. Instead, they prefer discussion groups, workshops, and hands-on training among colleagues.

For virtual events to gain traction with younger HCPs, then, they must be “less society-centric and more member-centric” in their topics and perspectives, because “improving the overall user experience results in significant improvements” in engagement metrics, says the report. But what specifically could improve the user experience? The report cites asynchronous hybrid events where the in-person version takes place first, followed by the virtual version that incorporates recorded content from the in-person version but also features live chat forums for attendee interaction plus Q&A functionality for interaction with each session or poster presenter.

One other factor for planners to consider: Millennial doctors and Generation Z doctors (all born after 1981) “will comprise the largest share of the medical profession by 2030, and they view climate change as the single most important issue facing humanity,” says the report. “It is not too fanciful to predict that, together, they will aggressively drive many medical societies to switch to virtual-only formats by the end of the decade.”

Therefore, to retain those HCPs as members and maintain event revenues, medical societies will have to offer practitioners ample opportunities for peer-to-peer interaction during virtual events.