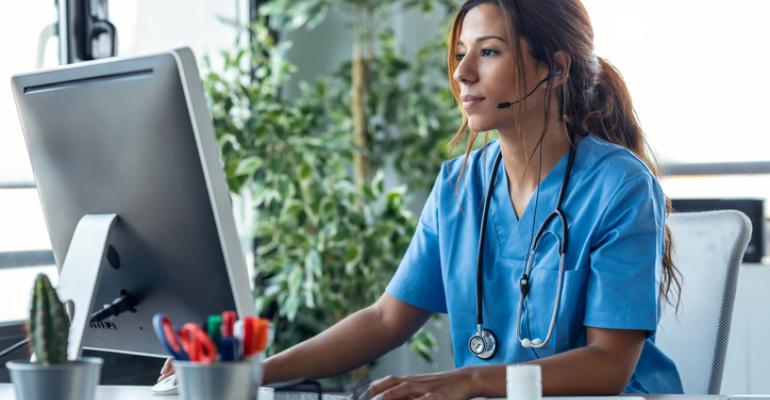 As in other industries, online versions of medical meetings have gotten more robust in the last few years, drawing a wider audience than could ever be expected at a fully in-person event. Other changes to the meeting experience have come from the virtual medium as well—some good, some not so good.

On the plus side, a recent study conducted across the major radiological associations in the United Kingdom found that women are far better represented as educational leaders for conferences that take place online versus in person. This article from trade publication Health Imaging reports from the study that women represented 105 of 298 session chairs at the 2021 radiological conferences held face to face in the U.K., while 212 of 639 speakers were female—in total, roughly 33 percent. On the other hand, online radiological conferences saw 48.7 percent of session chair positions filled by women, who also occupied 43.2 percent of the speaker slots.

One of the study’s authors, an interventional radiologist, wrote that “the importance of role models and visible clinical leaders is well known in developing and promoting gender equality. Presenting at conferences is important for shaping clinical practice, personal academic career advancement, and providing positive role models for aspiring audience members.”

On the negative side, another study found that online conferences held by the Radiological Society of North America produced far less social-media activity from attendees versus in-person events. This article in Radiology Business details the analysis of Twitter posts using popular hashtags for the three days before and after the shows, such as #RSNA20, #womeninradiology, and #radxx. The study found that there were 40 percent fewer attendees posting social-media messages about the virtual event and 46 percent fewer total posts versus in-person events for the same general audience. Further, “social initiatives to promote female empowerment or diversity in the specialty also appeared to be down,” as was the overall variety of medical topics that were discussed, the study’s authors noted.