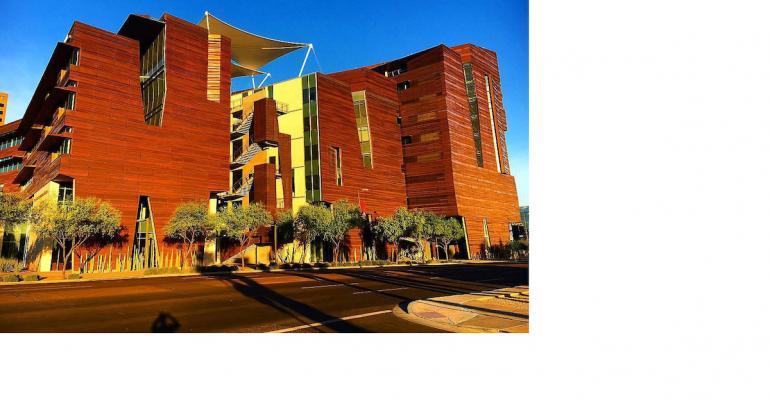 Phoenix Biomedical Campus Is a Healthy Venue for Medical Meetings

Close to the convention center and city amenities, the PBC has meeting, demonstration, and videoconferencing facilities.

Downtown Phoenix is becoming increasingly popular as a medical meetings destination. The Phoenix Convention Center recently implemented HCP-compliant meal and meeting pricing while the nearby Phoenix Biomedical Campus, established in 2014, is currently open while under expansion. The 30-acre campus has developed 1.5 million square feet of research, clinical, and academic facilities, with plans to develop an additional six million square feet. Conference planners will find the venues located just three blocks apart in a neighborhood with plentiful dining, entertainment, and retail options and more than 4,000 hotel rooms.

The Phoenix Biomedical Campus is home to the University of Arizona Center for Simulation and Innovation, which includes an operating room that can be used for demonstrations and patient care simulations, plus briefing rooms for breakouts. In addition, The Arizona Telemedicine Center has the T-Health Amphitheater, which was recently turned into a high-definition videoconferencing facility for distance learning.

PBC’s modern lecture rooms and laboratories are built to high sustainability standards and the campus can be accessed via Phoenix’s Valley Metro light rail.