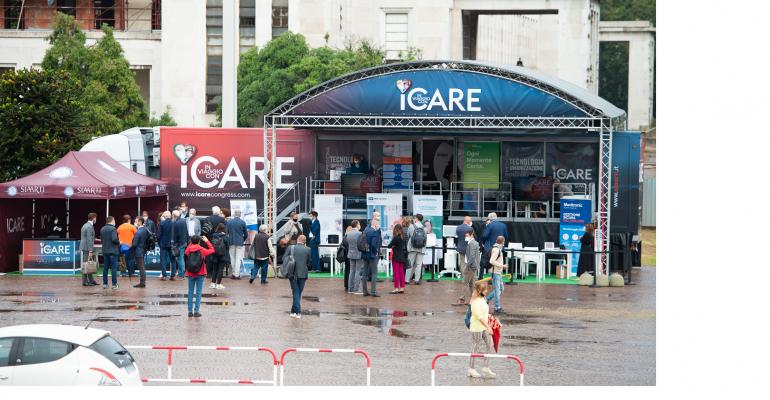 With the ICare Annual Congress run by the Italian Society of Anaesthesia, Analgesia, Intensive Care and Resuscitation (SIAARTI) going virtual this year, Executive Officer Emiliano Tizi wanted to maintain a strong connection with as many members as possible while building momentum for the October online event. In conjunction with AIM Group International, the association’s meetings organizer, Tizi chose to “take the congress out of the congress center and reach our members where they work,” he says. 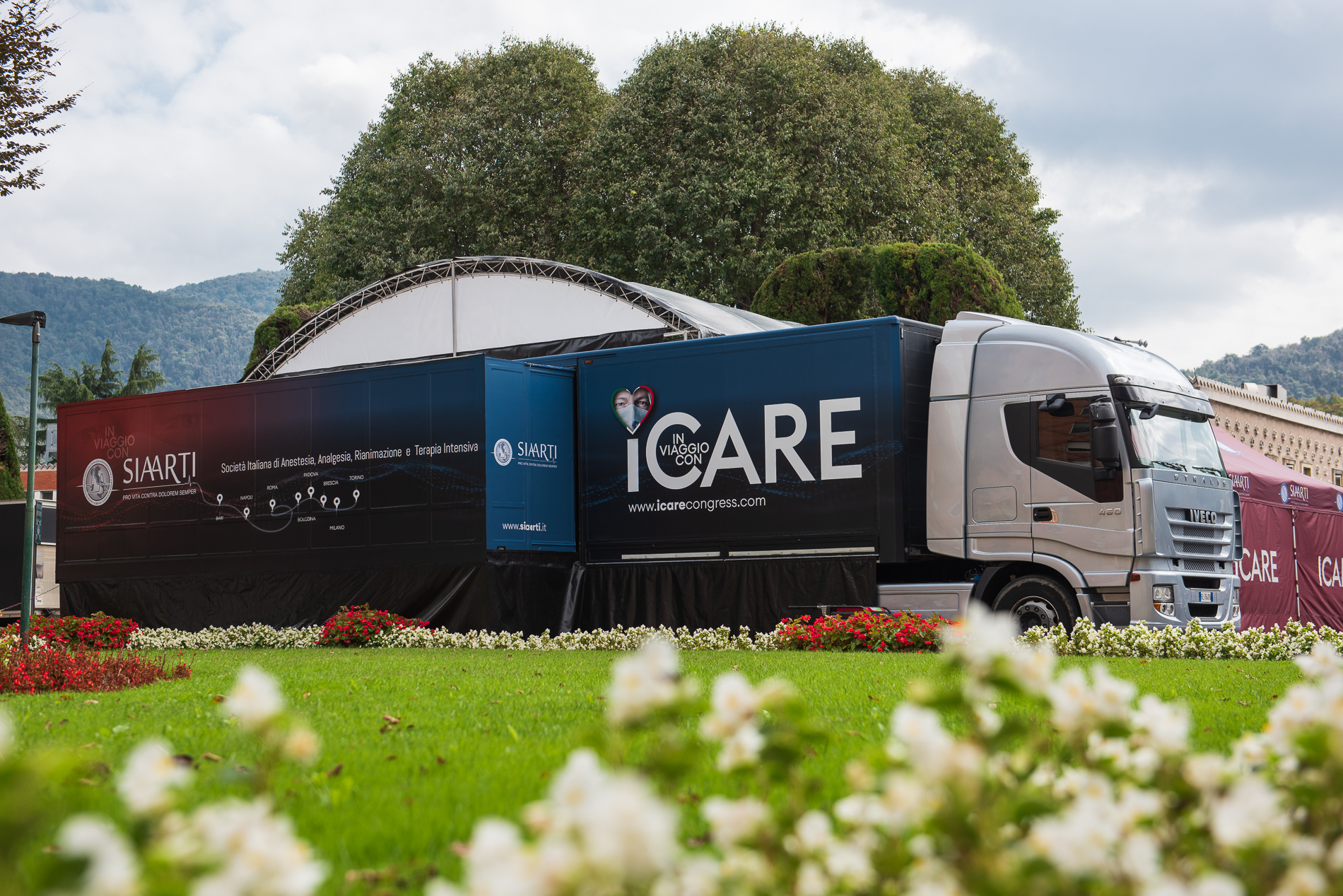 In the lead up to the online event that would take place across three weekends starting October 9, the SAARTI headquarters staff went on tour to eight Italian cities from September 21 to October 4. The group rode from city to city in cars behind the tour’s centerpiece: A 53-foot tractor-trailer with slide-out sides to accommodate a discussion studio for up to eight people plus a video technician and camera. 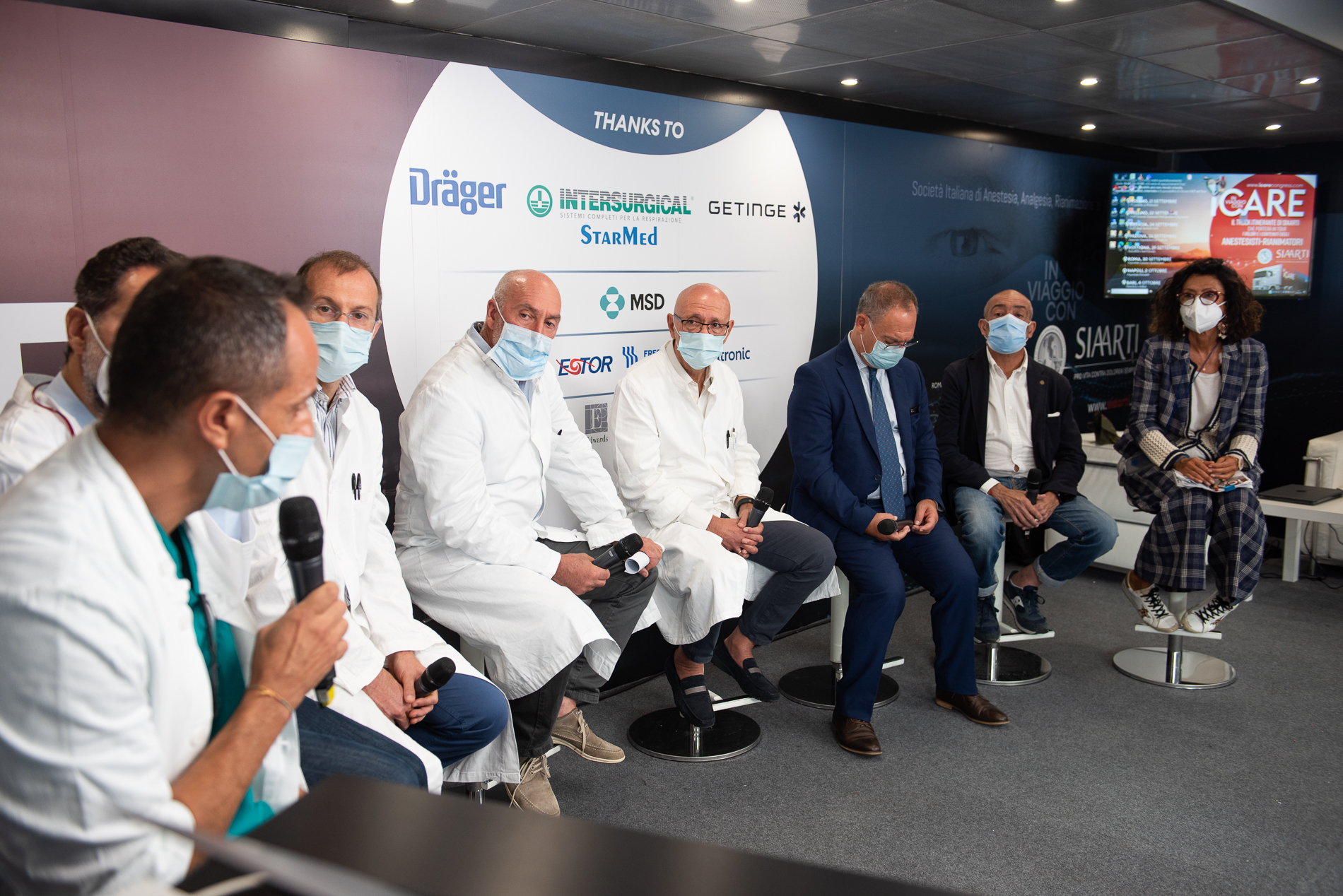 From Milan in the north to Bari in the south, SAARTI set the truck in the parking lot of a major hospital to present education and allow local physicians and administrators to share experiences and observations with each other. Sessions held inside the studio during each seven-hour day were broadcast to portable decks and tented areas outside the truck so personnel from that hospital plus others in town could gather in a safe manner. And after each session, panelists came outside to chat with attendees, while a few sponsors had tables nearby.

The Results
With no cost to attendees, SAARTI welcomed more than 800 people to its portable event venue over the two weeks, an average of 100 people in each city. What’s more, many of the sessions at each site were recorded and made available on demand on the ICare 2020 Congress’s virtual platform so that the 2,200 online attendees could view those sessions for one year. Tizi felt that extended time frame was necessary given the job demands of the association’s members.

In that same vein, “we decided to go on air with the annual congress over three weekends [in October] and only in the afternoon, allowing the anaesthesiologists and resuscitators to reconcile their education activity with their intense work,” Trezzi says.

If the October 2021 version of ICare Congress must be virtual, SAARTI will likely conduct the road trip once again with the help of AIM Group. 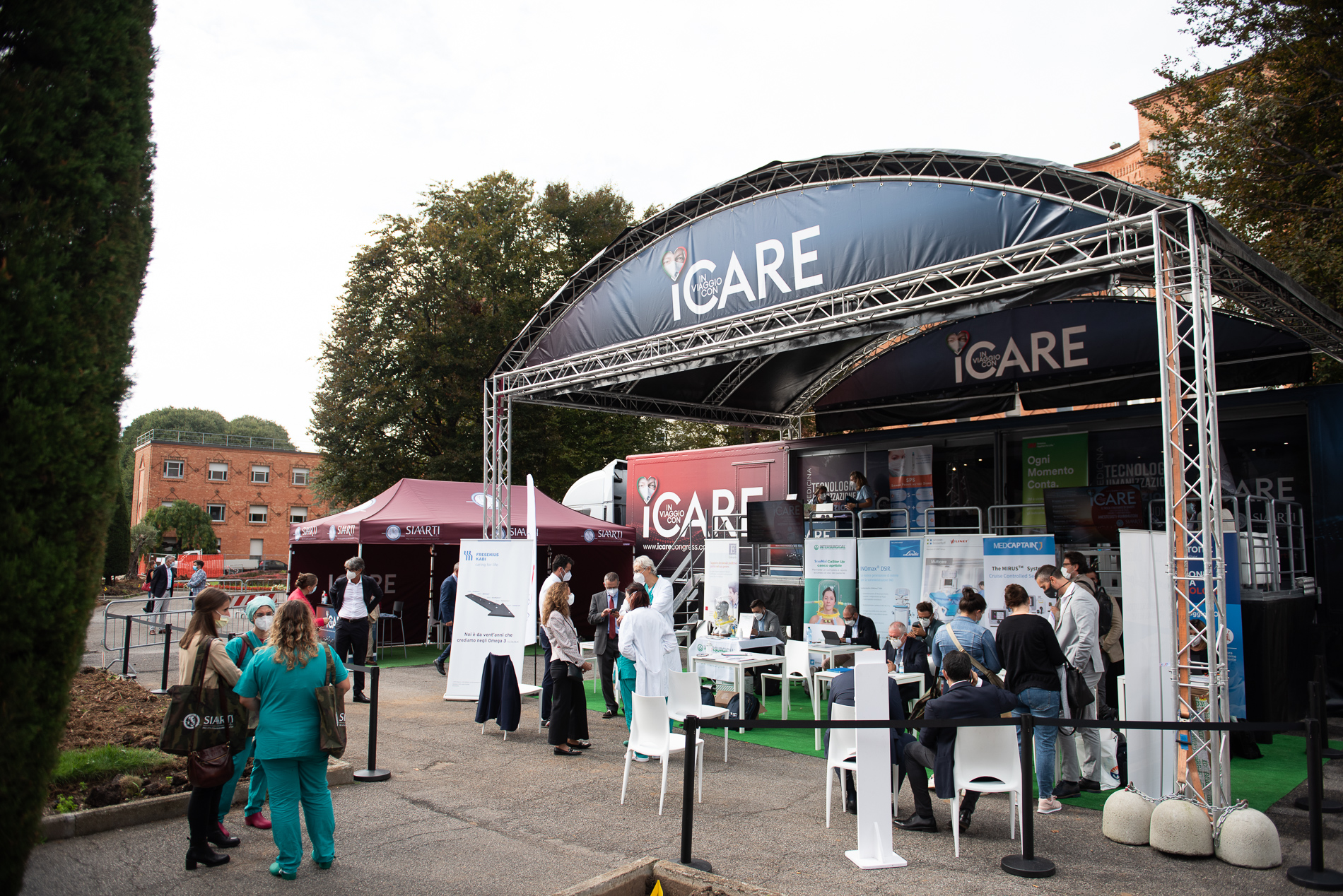