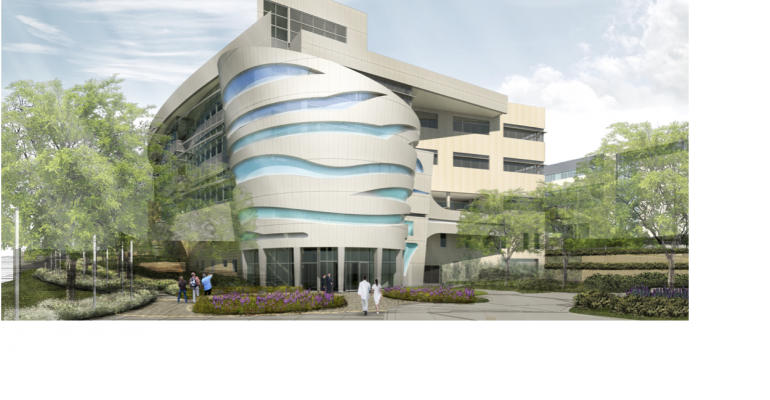 In September, Omaha, Neb., saw the opening of the new Dr. Edwin G. & Dorothy Balbach Davis Global Center, a clinical simulation facility designed to improve patient care through the use of realistically replicated healthcare settings. The facility, next to the University of Nebraska Medical Center and College of Nursing, offers 3D, augmented reality, virtual reality, and holographic technologies for experiential learning and training for emergency response, surgery, biopreparedness, health security, and other disciplines. Replicated clinics, hospitals, ambulatory centers, and home-care units allow simulation of medical incidents and patient-care scenarios, while tele-education is offered to disseminate the in-person sessions to remote locations. 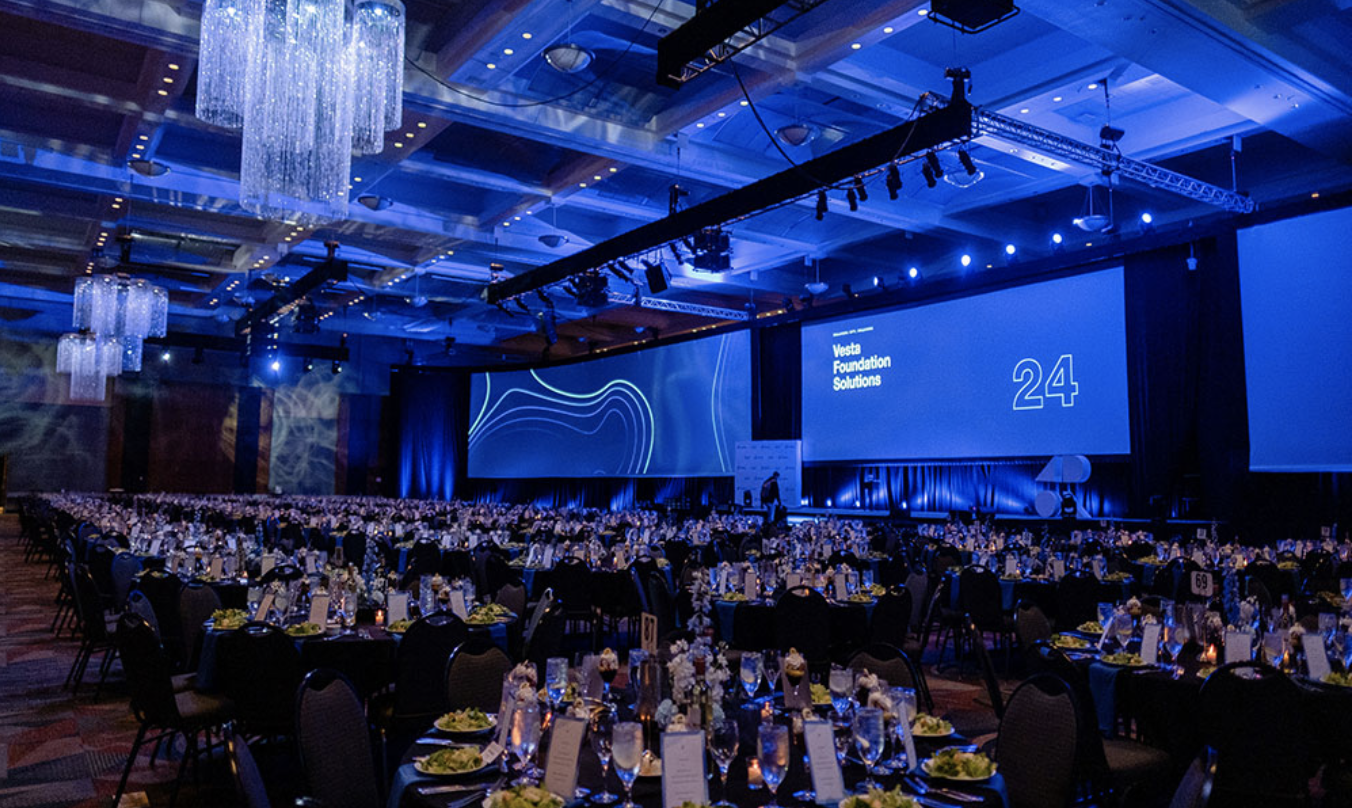 In Cleveland, early November saw BioEnterprise, the manager of the Global Center for Health Innovation connected to the city’s Huntington Convention Center, announce that it would allow its lease to expire at year end. BioEnterprise had a two-year agreement with Cuyahoga County Convention and Facilities Corporation to reside there and manage the innovation center’s tenants and programming. But with lackluster demand by biotech and other medical firms for the space—formerly a showroom for medical-equipment sellers known as Medical Mart that occupies parts of the second, third, and fourth floor of the Huntington Convention Center—BioSphere and city officials chose to convert much of the space to meeting rooms for use by outside groups. 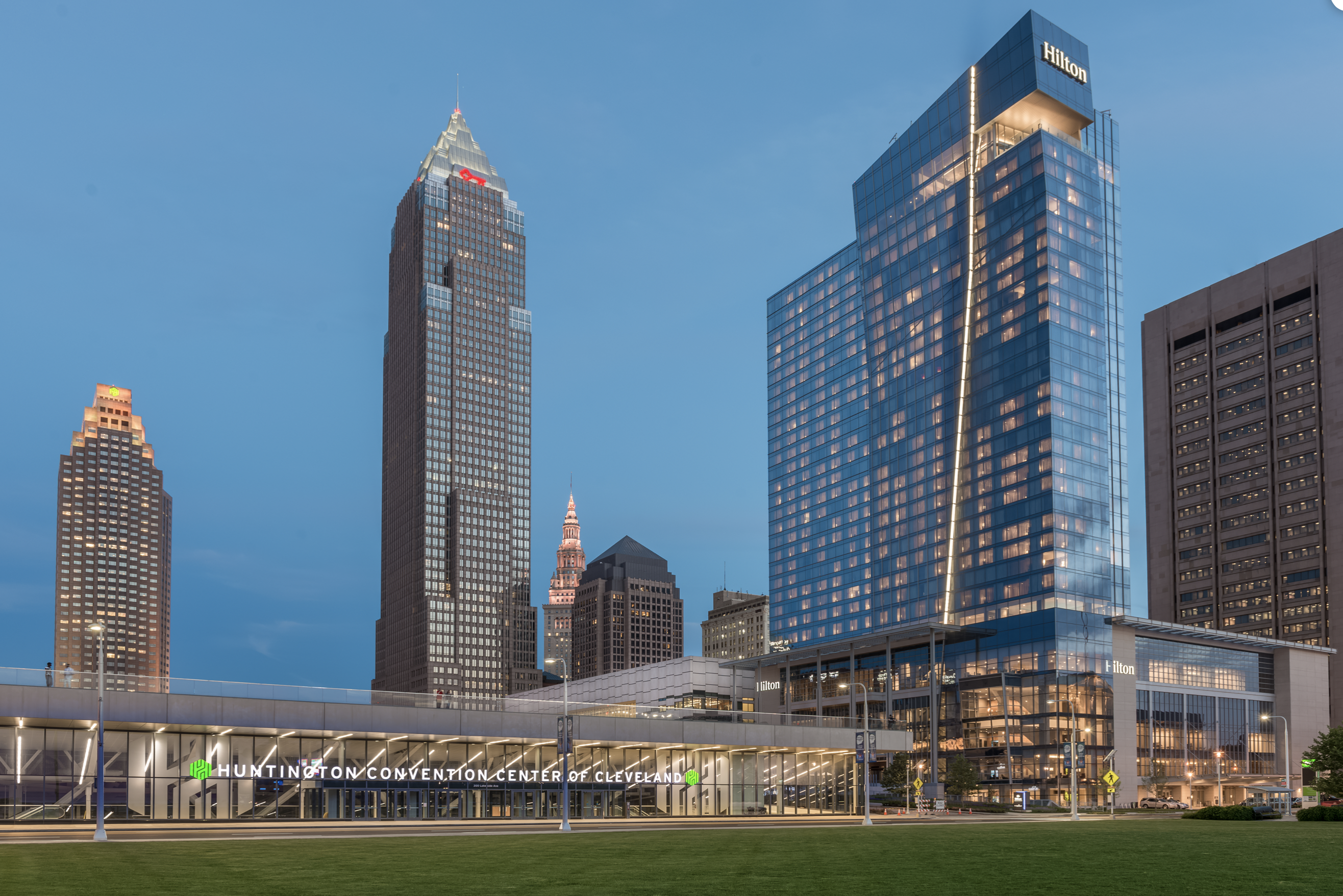 Overall, the Huntington Convention Center (pictured here) has 225,000 square feet of exhibition space as well as two ballrooms and 40 breakout rooms totaling 185,000 square feet. It is connected to the 600-room Hilton Cleveland Downtown as well as the Cleveland Public Auditorium and Conference Center that features a 10,000-seat, stadium-style auditorium. In April, the CCCFC board adopted a strategic plan that reclaimed from the innovation hub some of the meeting space after a study determined that Cleveland needs more event space to compete with cities like Columbus, Detroit, Indianapolis, Nashville, and Pittsburgh. The strategic plan will also address whether the remaining space presently dedicated to healthcare companies should convert to additional meeting space.