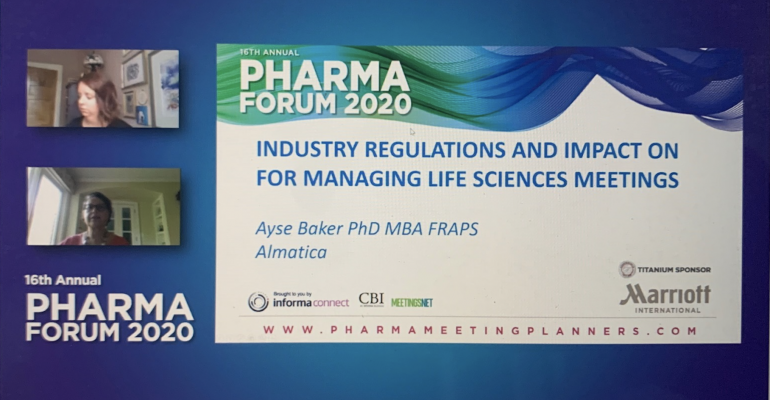 Two regulatory experts laid out potential legal changes that would affect the subject matter of internal meetings as well as the compliance framework for HCP-focused events.

During the 16th annual Pharma Forum conference for medical-event planners, held virtually this year from June 15-19, a session titled “Industry Regulations and Their Impact for Managing Life-Sciences Meetings” brought attendees up to speed on changes to state laws that could affect medical meetings.

Led by Mallory O’Connor, executive director of public policy for Mallinckrodt Pharmaceutical, and Ayse Baker, vice president of regulatory affairs of Almatica, the session hit on issues that are presently in close view of many state legislatures. “In 2020, states are very busy on [the pharmaceutical] front,” O’Connor told the online audience.

The issue getting the strongest legislative attention is prescription-drug pricing; more than 400 pricing-related bills have been put forward around the country in the past year. Specific topics range from pricing transparency, to a state’s drug lists, to Medicaid caps and price reporting, to sales and marketing tactics. “Not all of these bills will move forward, of course, but so many are on the radar that there is bound to be significant change in some states,” O’Connor said.

In particular, the legislatures of California, Oregon, and Washington have been proactive on addressing transparency in reporting price hikes. For planners, this means that “people in the firm who collect and report this data must be trained regularly,” O’Connor noted. In addition, laws addressing drug reimportation from Canada were introduced in 16 states this year alone, and “your people will need education about this issue too.” 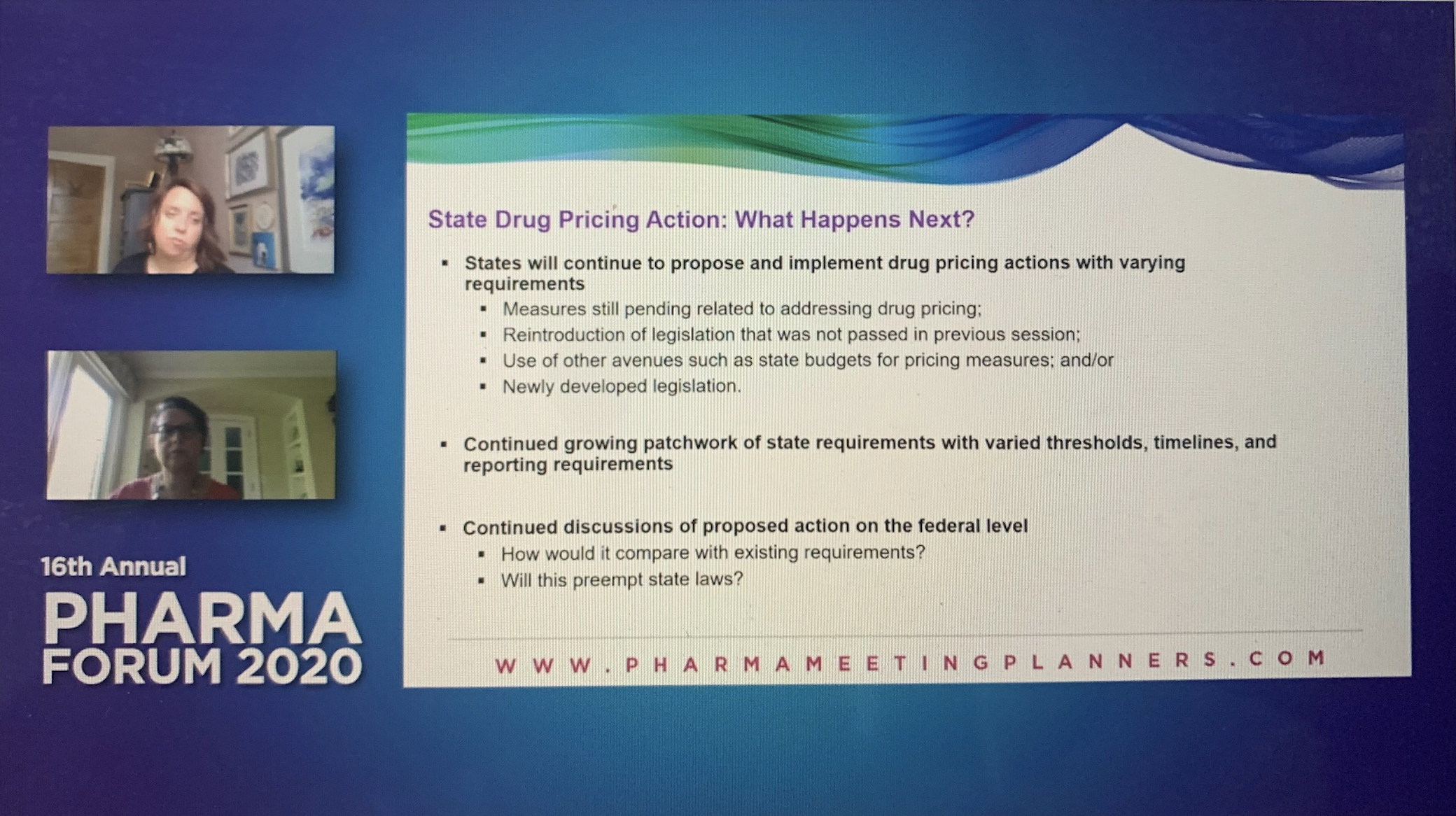 Coming from another direction, Maryland and Massachusetts recently enacted laws on drug-affordability reviews for patients, while 12 other states have such legislation on the docket. “We see more focus on this issue in light of lower state-tax revenues due to COVID-19 economic disruption,” O’Connor said.

For instance, some states have banned the use of “accumulator adjustment” programs, which insurance firms use to stop manufacturers’ coupons from counting towards a patient’s deductible and out-of-pocket spending. “The pricing issue as it relates to what governments, institutions, and patients pay is not going away,” and pharma planners must deliver topical education frequently to their firms’ employees.

Issues for Events Involving HCPs
Ayse Baker addressed the various conflicts of interest that can happen when HCPs are involved in delivering content. The related areas of concern include travel and lodging; consulting fees; prospective ownership or investment interest; gifts and entertainment; food and beverage; and royalties or licenses. Further, planners should be vigilant about even a momentary appearance that an HCP presenter is promoting a product when acting as a key opinion leader or similar authority.

When a meeting has HCPs in the audience, other compliance considerations come into play, said Baker. To stay on the correct side of any scrutiny, she stressed that pharma firms must make sure to train both their planners and product heads on company policies and procedures for HCP compliance, and on reporting procedures that satisfy the Open Payments Act and any relevant state regulations.