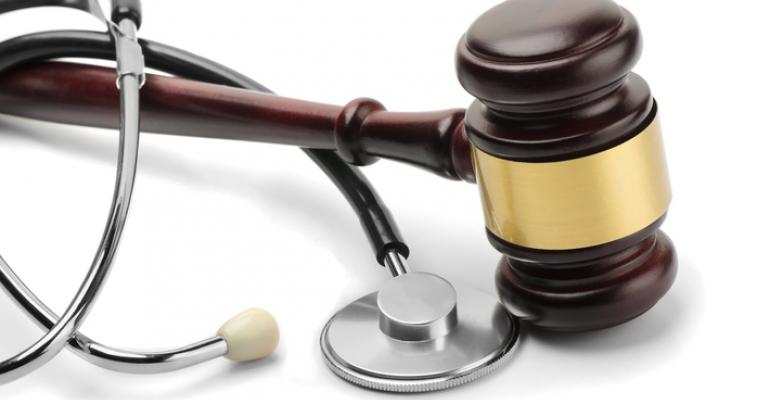 The new rule would limit industry compensation to physicians and other prescribers to $10,000 per year.

New Jersey is looking to join Massachusetts, Maine, Vermont, West Virginia, Minnesota, and other states that have passed laws regarding financial transactions between pharmaceutical and medical device companies and physicians. However, the rule New Jersey Governor Chris Christie proposed earlier this month comes with a twist: Instead of limiting the compensation pharmaceutical companies can give to physicians, the N.J. rule would put the onus on individual prescribers to cap what they receive as compensation from industry to $10,000 per year.

The new rule is being billed as a way to help combat the national opioid crisis by prohibiting prescribers from accepting “lavish meals and uncapped compensation for speaking engagements, consulting work, and other services from drug companies” that could induce them to unnecessarily prescribe pain pills, according to a press release.

“While the vast majority of doctors care for their patients honorably and professionally, their education about many of the drugs they are prescribing comes too often from pharmaceutical sales people, who may not always provide an objective analysis of the human and social impacts the drugs may have,” said Governor Christie. “This rule will help us address any concerns about whether treatment decisions of prescribers are being improperly influenced.”

The proposed rule would apply to licensees of the Boards of Medical Examiners, Dentistry, Optometry, and Advanced Practice Nurses, which are the only nursing licensees who have prescribing authority. Items prohibited under the rule include cash, gift cards, entertainment, items for the prescriber’s personal use, and payments for non-faculty attendance at promotional activities and continuing education events. Educational materials that benefit patients are exempted.

The bona fide services that would still be allowed but would fall under the $10,000 annual cap include speaking at promotional activities, participating in advisory boards, and consulting. Those services, along with speaking at CME activities, would have to meet certain standards, such as having the dollar amount of compensation and why that prescriber’s expertise is appropriate for the service delineated in writing. However, speaking at CME activities is exempted from the $10,000 annual compensation cap, according to the press release. The rule also would allow for “modest” meals provided in educational settings, as long as an individual prescriber doesn’t accept more than four $15 meals from any one manufacturer over the course of a year.

The proposed rule will be published in the October 2, 2017, New Jersey Register, and there will be a hearing on it October 19.