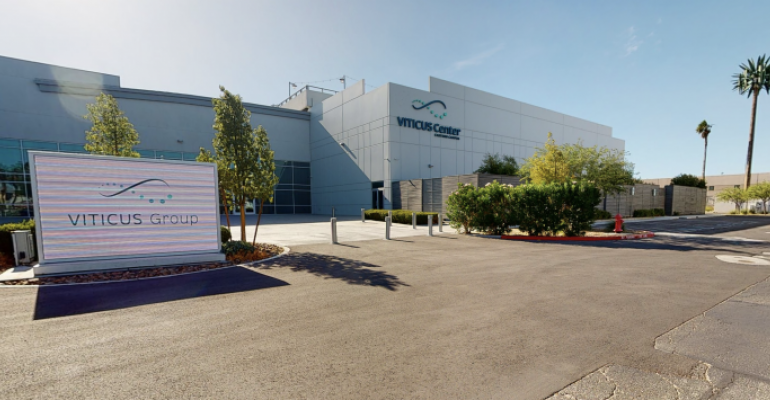 Viticus Group, which provides surgical skills training facilities in Las Vegas, has expanded its physical footprint. The company acquired and renovated the event facility formerly known as Enclave and now refers to it as the Eastern Campus. The new space is a five-minute walk from the original facility, now called the Oquendo Campus.

Formerly known as WVC, Viticus Group recently received accreditation to produce CME programming from the Accreditation Council for Continuing Medical Education. The company offers a variety of specialized facilities for medical training in the two buildings.

The Eastern Campus, opened in June 2020, has more than 55,000 square feet of meeting space, including 6,400 square feet of surgical space (below)that can be configured with air walls to create up to four separate lab rooms. There are also nine options for classroom space throughout the building.

In the 66,000-square-foot Oquendo facility, originally opened in 2009, there’s a 190-seat auditorium plus 30 lab stations, a surgery suite, and four multi-purpose rooms.

“The primary market for this facility is medical meeting planners, medical device companies, medical societies and associations, and physicians/surgeons. Because we also do veterinary training, we market to veterinarians and veterinary companies as well,” says Aubrey Arreola, CMP, COO of Viticus Group. “We work with several medical societies and associations who hold their large annual meetings in Las Vegas. Many come to our facilities for the hands-on lab portion of their event.”

Viticus Group’s venues are less than a mile east of McCarran International Airport.