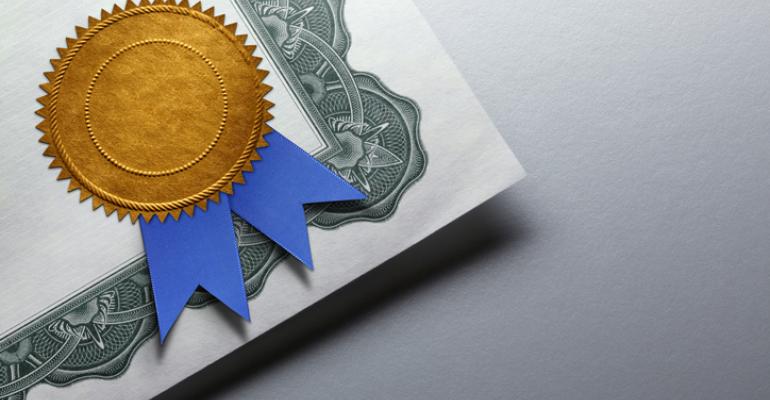 Is It Finally the Right Time to Offer MOC?

Delivering Maintenance of Certification-eligible CME programming has become a more streamlined process—and it can boost physician attendance at meetings.

In his January 2019 Policy & Medicine newsletter, Thomas Sullivan, president of biomedical education firm Rockpointe, summarized the recent progress made on what's been a bumpy road in continuing medical education and board certification for several years:

In 2017, the American Board of Medical Specialties (ABMS) launched its Continuing Board Certification: Vision for the Future initiative to “foster an inclusive, open, collaborative, and candid dialogue across stakeholder groups” about the future of continuing board certification. This initiative, brought about by major concerns raised by diplomates about Maintenance of Certification (MOC) programs, is led by a commission that includes a diverse group of physicians and patients as well as representatives from professional medical organizations, national specialty and state medical societies, hospitals and health systems, and the general public.

The commission was tasked with reviewing MOC within the current context of the medical profession, as well as addressing key issues currently facing the ABMS Boards and diplomates as they fulfill their commitment to patients and their families, as well as their professional colleagues. On December 11, 2018, the commission released its draft report, which is geared towards the ABMS Board of Directors and outlines findings and a set of 15 recommendations for future continuing certification programs.

That report can be found here.

Given that ABMS has an enormous number of America's doctors in its fold—more than 880,000 are ABMS certified—the chances are good that any report recommendations the ABMS board acts upon will set the example for other boards as they consider how education providers can deliver MOC programming in ways that make it easier for their doctors to complete, and easier for CME providers to deliver.

Dr. Graham McMahon, president and CEO of the Accreditation Council for Continuing Medical Education, told MeetingsNet that "the draft report is a useful starting point for conversations at the certifying boards, and between boards and CME educators. The report correctly identifies the need for alignment between the boards, and is an appropriate appeal to focus on educational value and impact over credit." ACCME plans on writing a formal response to the report as well.

Among the four parts that physicians must complete to achieve their MOC, two parts can be completed at in-person educational events, which gives CME providers opportunities to strengthen the appeal of their events among physicians. MOC Part 2 addresses the lifelong learning component. MOC Part 4 addresses improvement of practice, and that can be done within a CME event that offers a quality- and performance-improvement activity.

When the MOC program began in 2012, "it was all very confusing to doctors to see what they have to do," Sullivan says. "There are a lot of moving parts and thus a lot of angst among doctors about MOC in general, and about their board requirements in particular." What's more, all those moving parts made it difficult for CME providers to deliver MOC-eligible programming, so it was not desirable for them to incorporate it into their meetings.

That sentiment began to shift somewhat in 2015, when ACCME first collaborated with the American Board of Internal Medicine to make MOC-eligible CME programs easier to register, deliver, and record the results. Today, six American boards use the ACCME framework—ABIM plus those for anesthesiology, ophthalmology, otolaryngology/head and neck surgery, pathology, and pediatrics—and, according to Sullivan, those six represent the majority of board-certified doctors in the country.

McMahon points out these collaborations were designed to increase the number of CME activities that meet MOC requirements and to streamline the process for CME providers and physicians. For instance, providers don't need to submit MOC applications for approval to the participating boards; they simply follow the instructions and program guides for each board, which are posted on the ACCME website on a page called "CME for MOC" that's found under the tab "CME Collaborations." There, planners should make sure their educational events comply with the rules and regulations of the relevant board. They can then register MOC-eligible CME activities in ACCME's Program and Activity Reporting System (PARS), which providers already use to enter activity data. In addition, providers can upload individual learner completion data so that credit is issued automatically. "This system makes the process easier for doctors, because the ACCME transmits participation information to the relevant board. This eliminates several steps for physicians,” says McMahon. Physicians themselves can find CME activities that count for MOC by using CME Finder, an online search tool.

To help CME providers implement MOC-eligible programming into their events, ACCME has various resources on the "CME for MOC" page on its website: tutorials on registering educational activities for MOC credit and how to submit the participant data; bimonthly live webinars that feature Q&A between audience and ACCME staff; and interviews with providers who started offering MOC-eligible programming.

When asked about the effects of the ACCME collaboration with these six boards regarding MOC activity, an education director at a large pediatrics society told MeetingsNet: "CME and MOC have definitely come more into alignment, and it's a relief."

The Payoff: More Doctors at Events

It seems that word has started to spread among physicians about more MOC offerings at CME events, as some educational providers have started offering MOC-eligible CME "because their doctors are specifically asking for it," McMahon notes. "It enables participants to meet multiple requirements by participating in accredited CME, which increases the value of CME events to them."

For Sullivan, whose firm puts on about 50 events each year that are MOC eligible, there has been some effect on his event attendance. "I can't say that MOC is entirely the catalyst, but I'm seeing an uptick in physician attendance," he says. "I think you can drive more attendance if you put the effort in; we would not do MOC if we didn't think it would boost attendance, particularly among specialists." One other benefit: "We're getting many more evaluations filled out when physicians are getting MOC credit," Sullivan adds. "They will take the time to give you their opinions on session quality and provide other useful data."

That said, the adjustments CME providers might have to make to their programs to fulfill their board's requirements for MOC credit are notable. In particular, there are evaluation requirements to follow, which are listed in a section at the end of each board's program guide. McMahon notes that providers are in control of the evaluation mechanism, though some boards require that they give feedback to the learners. To meet MOC requirements, providers can choose from evaluation approaches including case discussions, tabletop exercises, simulations, written responses, audience response systems, and quizzes, depending on a board's requirements. In addition, the boards collaborating with ACCME are aligned such that providers can issue credits for pediatricians, internists, pathologists, and anesthesiologists in the same activity.

Nevertheless, "the nature of your sessions might have to change somewhat," Sullivan says. "You have to give the program formats more thought, and annual meetings of physician societies generally don't offer most of their sessions in MOC-eligible ways at the moment. This isn't just presenting research—both MOC part 2 and part 4 are more in-depth on an individual level, so it is more labor intensive." In fact, "providers need to look at all the content they offer and decide which sessions they can realistically adapt to MOC and which ones they can't," he adds. "Then you can promote your MOC activity to physicians to drive attendance."