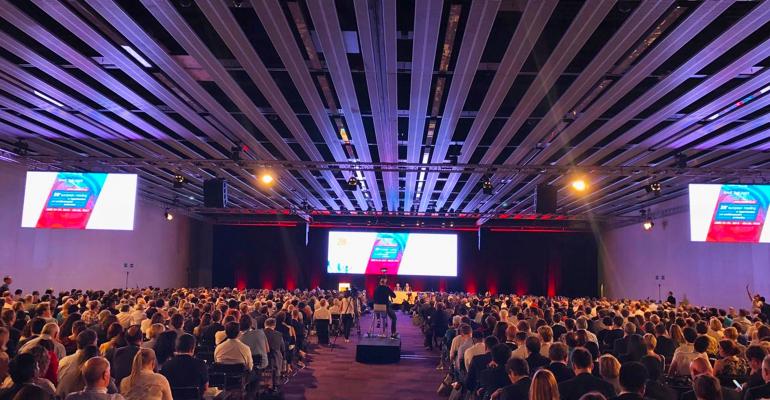 ESH's plenary session, one of several sessions livestreamed to China that allowed doctors there to ask questions of presenters.
Medical & Pharma Meetings

With Hybrid Meetings, It's a Small World

One European medical society connected part of its conference with HCPs in China to boost its reputation, attendance, sponsorships, and revenue.

The leadership of the European Society of Hypertension took on a considerable amount of additional work with its 2018 ESH Annual Meeting held in Barcelona—for physicians who would not be in Barcelona. For the first time, some of the event's sessions were livestreamed to HCPs in China; in addition, there was a simultaneous one-day in-person event in Beijing that augmented the livestream experience. The result was worth the effort, though: About 5,100 additional physicians were exposed to ESH educational content, plus new event sponsors in China found enough value that they want to participate in future events.

In conjunction with AIM Group International, the professional conference organizer that's coordinated the ESH Annual Meeting for more than 20 years, ESH had to determine which parts of the four-day event would be most immediately useful to Chinese doctors. The answer: “The presentation of revised ESH guidelines for the management of arterial hypertension is a real milestone within the annual meeting," notes Professor Giuseppe Mancia, the executive officer of ESH. "As a result, we identified those sessions as the right opportunity for ESH and the Chinese Hypertension League to strengthen the mutual exchange of expertise and scientific knowledge."

On the day of the conference that focused on the revised guidelines, more than 100 doctors came together in a meeting space in Beijing to watch three hours of sessions—at around midnight local time—and then ask questions of the presenters in Barcelona. Translators were provided for the content livestreamed to China and for the questions coming from Chinese attendees to the presenters in Barcelona. What's more, nearly 5,000 other doctors throughout China watched the livestream and heard the translation on their personal devices. 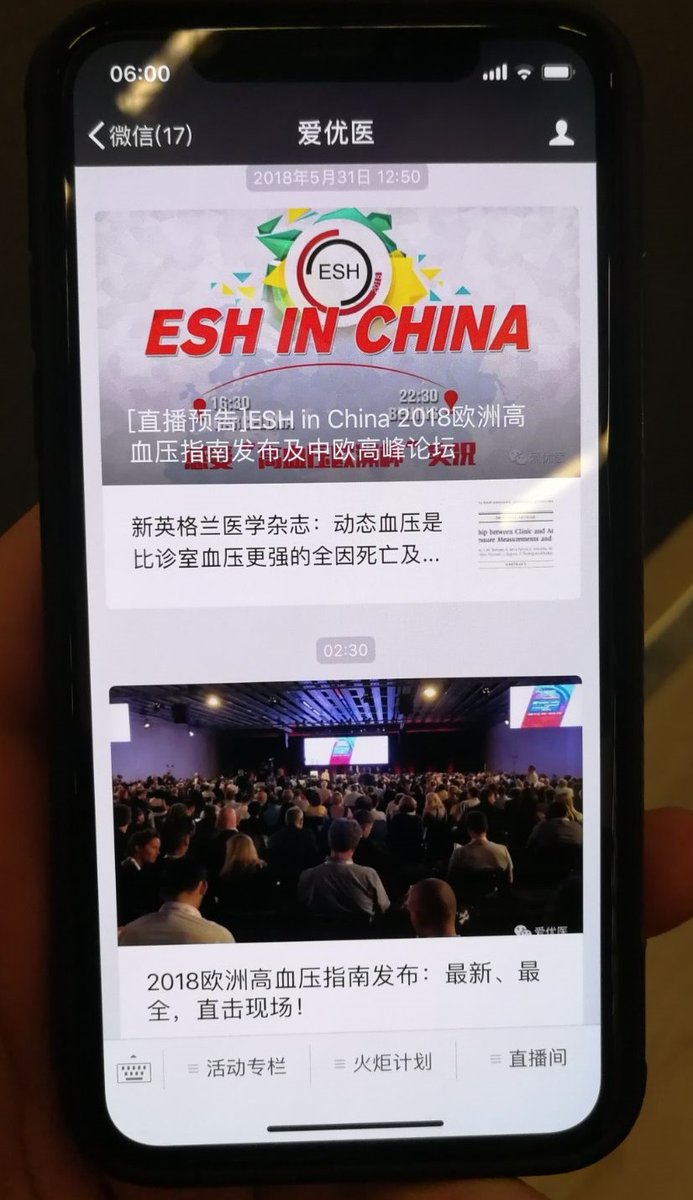 The livestreaming app for the Chinese version of the ESH event.

ESH and AIM Group addressed the other challenges associated with a multi-location hybrid event by partnering with a Beijing tech-services company; in total, 10 technicians in Barcelona and Beijing worked on delivering the livestream smoothly and ensuring that the Beijing site's technical elements were functioning properly. And to enhance the experience for Chinese attendees, the Chinese Hypertension League employed a moderator in Beijing not only to manage the Q&A session with Barcelona, but also to continue the conversation among the doctors in Beijing once the livestream ended. That conversation was recorded so that Chinese doctors who did not attend the Beijing gathering could view it on demand at a later date. 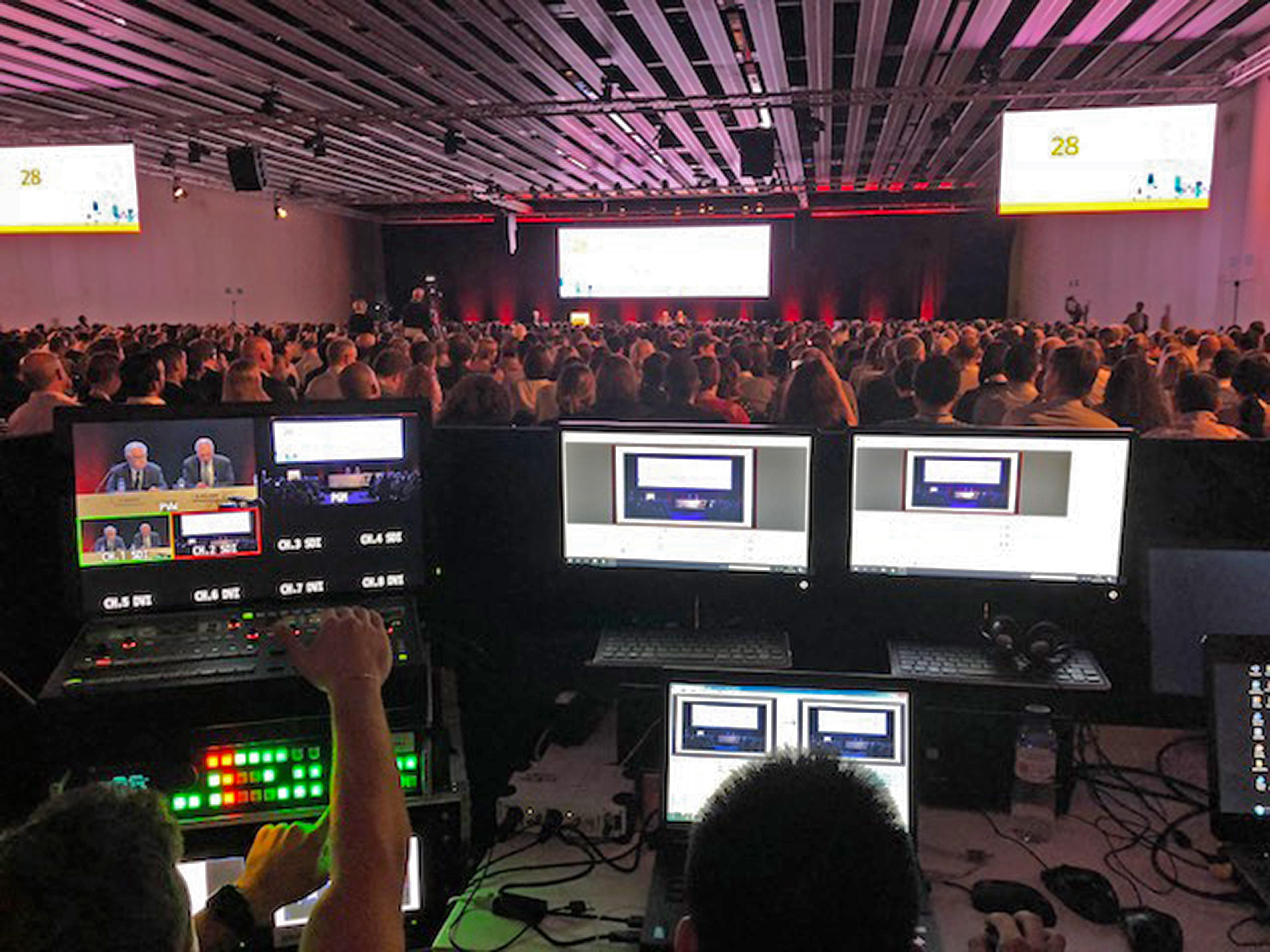 A total of 10 technicians were on site in Barcelona and Beijing to ensure that livestreaming and remote Q&A went smoothly.

"Tight connections with Europe can bring great value to the Chinese healthcare community," says Wei Zhang, general manager of Chinese medical organization UMED. "The live broadcast was the most effective way to extend the reach of that meeting and make it accessible on a large scale. We are very satisfied with the results." In light of this, ESH and AIM Group will coordinate a similar technical setup to allow Chinese doctors to participate in the 2019 ESH Annual Meeting taking place in late June in Milan, Italy.