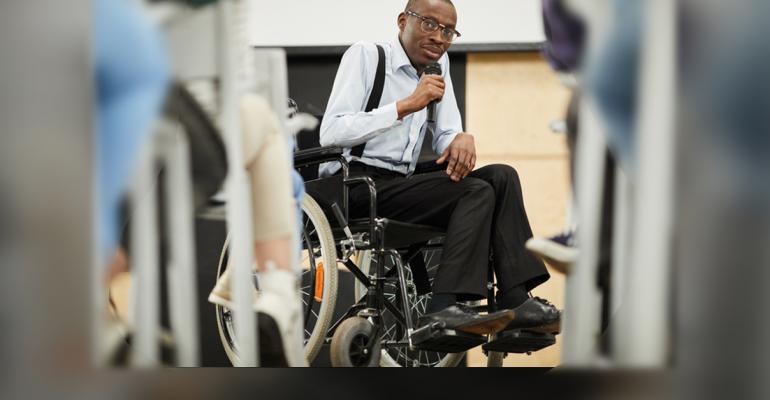 How to Make the Case to Include Patients in Medical Meetings

A recent report by events firm AIM Group International highlights why patient involvement in conferences benefits HCP attendees, and how planners can do it properly.

It’s likely that nearly every medical association has considered how to incorporate the experiences and views of patients into their conferences’ educational components. Now, planners of HCP-focused medical events have a source to back up the case they make to their executive committees for using patients more prominently in the meeting agenda: A white paper published in mid-October by AIM Group International, a firm that organizes medical conferences around the world, highlights the benefits and addresses the hurdles of using patients in events.

Written by Francesca Manzani, head of the Florence, Italy office of AIM Group International, the report lays out both a justification of and a blueprint for actively using patients in general sessions, breakout sessions, and one-to-one conversations in designated areas on the show floor, all to better educate doctors on every aspect of a disease and its treatment.

Manzani notes that “involving patients in scientific congresses is a sensitive matter which must be carefully managed. Decision-making needs to involve all stakeholders, and ethics and compliance rules need to be scrupulously followed.” However, “various research studies have demonstrated the positive effect of patient involvement, which strongly surpasses any risks and associated costs,” she adds.

Also in the report, Manzani details the experience of the World Systemic Sclerosis Congress, a three-day event that uses patients extensively across the educational agenda. The benefits from having patients contribute their personal experiences include a better understanding by HCPs not just of the disease and its treatments but also the psychological and emotional states of patients, a topic rarely discussed before. Manzini says that hearing about a patient’s state of mind from diagnosis through the entire treatment protocol promotes HCPs’ empathy for patients plus a greater understanding of their questions and concerns as treatment goes on. What’s more, patients and their families become social-media ambassadors for the association, which brings a higher profile for the group worldwide among patients and HCPs connected to a particular ailment.

The full white paper can be found here.