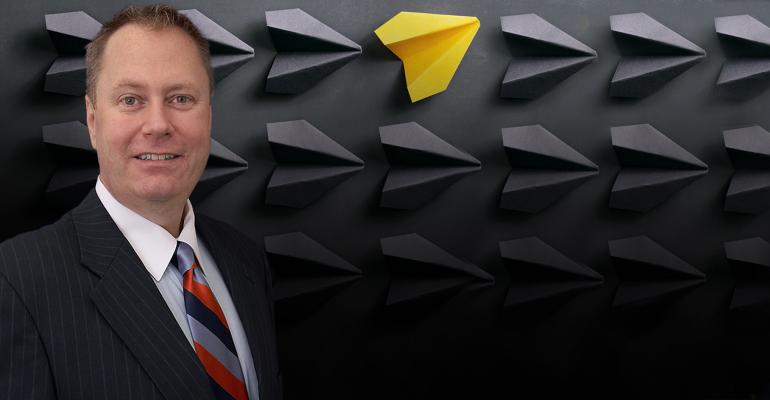 How I Got Here: William Reed, FASAE, CMP

If you know what people need, you can help them. And, in most cases, they will help you.

William Reed always knew what he wanted to do and where he wanted to be. He says, “I’m someone who has taken the path I set out on, and I’m doing exactly what I intended to do.” Faced with a choice between Cornell University and Florida International University in Miami, he chose sunny Miami over the Ivy League for his degree in hospitality administration. “My parents were horrified!” he says, “But the experience of so much hospitality was pivotal. I worked in different hotels during my degree and that magnified the experience and gave me a jump start over other graduates.”

Reed has taken on multiple different roles in his field, starting out in sales and marketing with Westin Hotels and Resorts for more than a decade before taking on national sales director roles at Fairmont Hotels and Walt Disney Parks. In 2005, he was able to transfer his skills into meetings with Experient, then known as Conferon. He says, “I think what has helped me change careers is the notion that it’s not enough to learn about my responsibilities; I should keep my eyes open to what is going on around me. When I was in a hotel role, I tried to observe what was happening in the worlds of my customers and the meeting planning community.” One of Reed’s strategies at conferences was to go to sessions that were not strictly related to his own job but would help him understand the challenges of people doing other jobs. “I needed to learn the perspective of other people in the industry so we could work together. Regardless of whether the other stakeholders are hoteliers, independent planners, corporate planners, or suppliers if you know what people need, you can help them. And in most cases, they will help you.”

Reed says this tactic of sitting next to people from other fields at industry events also helped him to build a business network. He says, “As an elder statesman in the profession, I sometimes get discouraged when I see early-stage career professionals hanging out with their friends at a conference instead of meeting new people.”

• Learn about the challenges your clients face

• Get as much experience as you can,
the more diverse the better

One of Reed’s mentors taught him the value of long-term relationships, and also (inadvertently) helped him network. Reed met industry leader David Evans, a former vice president at Starwood and Westin Resorts, when they both worked at Westin Hotels and Evans was very generous with career advice. At industry events, Reed would stand next to him and as other professionals waited in line to get a moment with Evans, Reed would introduce himself and chat with them. “That enabled me to accelerate building my own network,” he says. Reed credits another mentor, Georgia Smart from Westin Hotels, with encouraging his creativity in meeting design and being supportive of new ideas. “I’m not held back by fear of failure and I look for ideas everywhere,” he says. In his current role with the American Society for Hematology, Reed found inspiration while watching the U.S. Open and saw an ad for Amazon Echo’s Alexa, and he decided to use several of the digital assistants  to answer attendee questions during ASH’s annual conference last year.

Although Reed says he has learned from every stage of his career, he singles out his time at Experient. “My time there was instrumental because you are tasked with dealing with all sorts of problems and innumerable situations. You see every type of meeting from one desk chair.” He realized he wanted to work in a mission-based health care association, and suggests that for someone early in his or her career, an independent planning company is a great way to get exposure to all aspects of the industry and figure out where their passion lies. And once they have, he urges, “Take ownership of those projects, regardless of your title. Accomplishing a task and being accountable is more important for a leader than having the title.” Having said that, he says, “When you act like a C-level executive, it won’t be long before you are one.”

A New Way to Broadcast Your Medical Meeting Knowledge
Feb 16, 2021