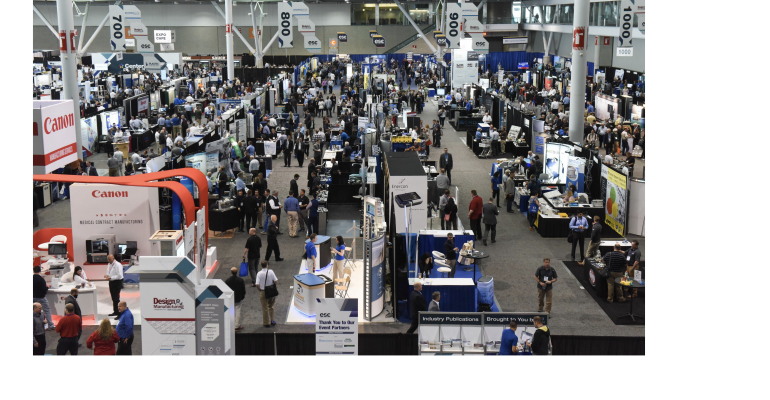 The show floor at BIOMEDevice 2019 in Boston.
Medical & Pharma Meetings

Attendee data from the BIOMEDevice show was clear: 3D printing manufacturers are the new hot segment. Here’s how the organizers are fine-tuning their trade show to meet the moment.

For the roughly 1,000 medical-device engineers and executives who will attend Informa Markets’ September 21-22 BIOMEDevice show in person and the 1,000 more expected to attend virtually, interacting with this year’s 215 participating exhibitors is a primary objective. Understanding this, the show’s planning team, led by Huxley Collin, event manager for the Boston version of the show as well as the San Jose version set for December, looked at post-event attendee surveys from last year’s all-virtual version (done in tandem with the Medical Device & Manufacturing show) to see where BIOMEDevice could better serve its audience.

“We asked attendees which product categories they want to see more from, and the highest percentage said they were interested in 3D-printing capabilities,” says Collin. “They want to understand the possibilities better and be able to source from suppliers they’ve had some interaction with.”

Interestingly, there are no pandemic-related changes to the physical layout of the 25,000-square-foot show floor this year versus 2019’s pre-Covid version. Most booths are still 10-by-10 in size and the aisles are not wider than in the past. Instead, all event participants must wear masks while inside the Boston Convention & Exhibition Center per the city’s present regulations, and also attest that they are vaccinated or have tested negative for Covid within 72 hours of the show. However, the show floor’s various product theaters, which are the main sources of educational content for the event, will feature seats that are spaced at least three feet apart.

Also on that show floor will be nearly a dozen new exhibitors from the 3D-printing-machinery niche. Five of them agreed to be grouped together at one intersection of aisles that will feature special signage to draw attention to them. “Some exhibitors that provide 3D-printing equipment have other product lines as well, so they wanted to keep their previous booth locations,” says Collin. “But we wanted to bring as many 3D-printing companies together as we could, not only to make it easier for attendees to get the information they need from suppliers but also to generate learning and networking between attendees. In that area, they're going to hear a lot of relevant conversations happening around them, and that will promote networking not just with exhibitors but also with colleagues who have similar needs and challenges.” 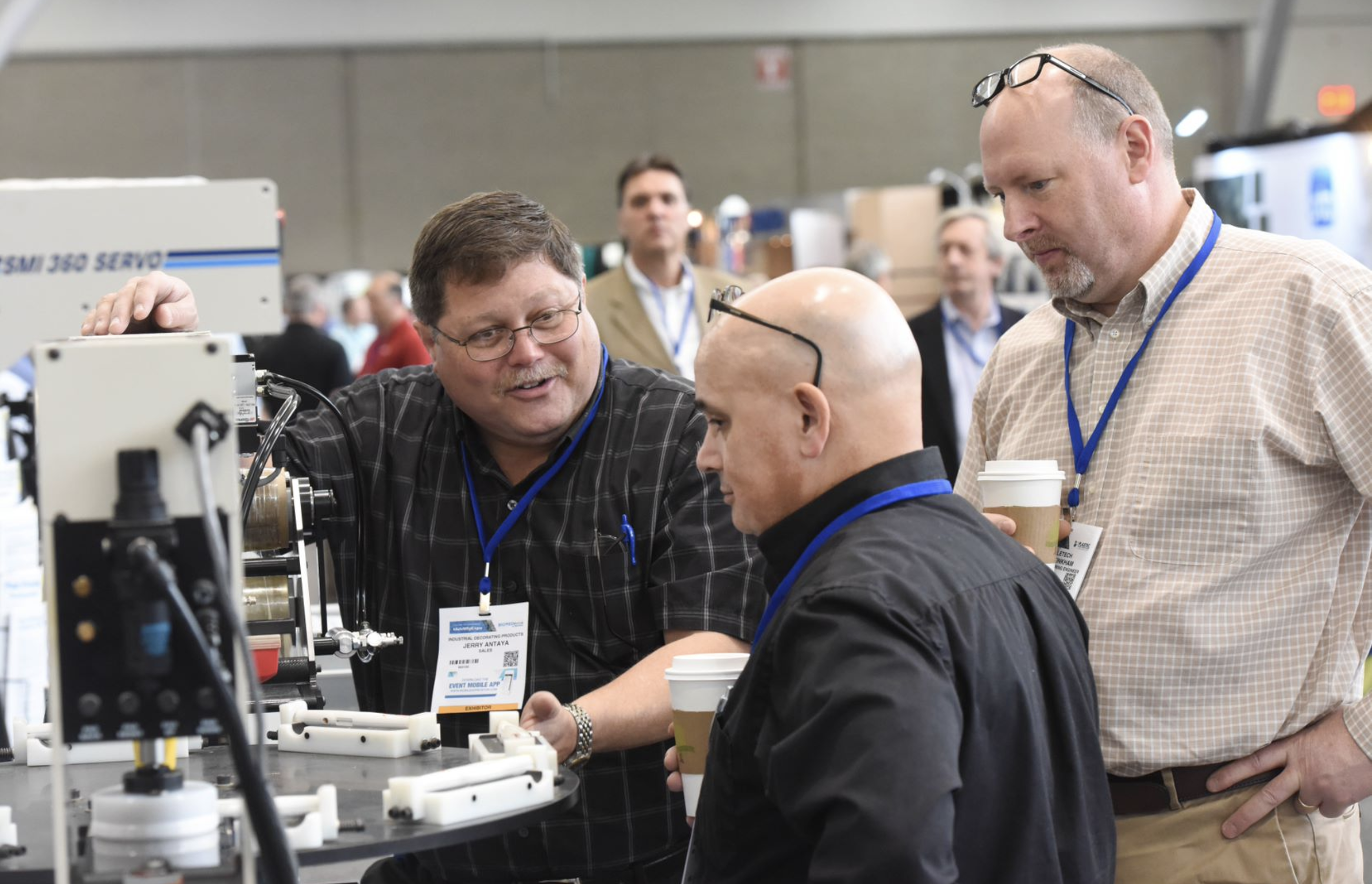 Further, having these exhibitors grouped together makes it easier for attendees to plan their show-floor journey while allowing show management to highlight that area of the show floor in the event’s app and create sponsor opportunities. And while “the number of exhibitors is not yet big enough to justify a separate pavilion,” Collin says, “we hope to get there in a year or two.”

The other nugget that came from 2020’s post-event surveys: Robotics and automation was the second-most cited area about which attendees wanted to learn more and have first-hand experiences. As a result, “that’s going to be the next focus for our sales team,” Collin says. “And we know that those exhibitors will need more booth space because they have larger pieces of equipment than the 3D-printing companies and many other current exhibitors. They’re going to need enough room to demonstrate the equipment’s capabilities.”

So, Collin and her team are already imagining a dedicated area of the show floor for them and brainstorming booth sizes and shapes that will appeal to them. “We’re trying to configure spaces that have some type of separation between the equipment on one side of a booth and chat areas on the other,” but which will not interrupt the flow of conversation and foot traffic, she says.