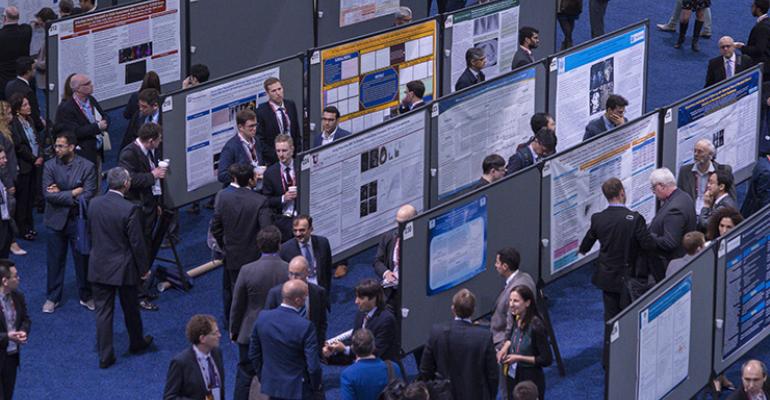 In one year, HRS changed much of its event playbook to adapt to new rules about who can pay for physicians to attend conferences. Here's their strategy, and how it worked in practice.

In January 2018, the medical device and imaging trade associations of Europe and Asia instituted new rules that disallow member companies from directly sponsoring travel and registration costs for non-faculty healthcare providers attending conferences. Instead, those companies can provide funding to Medtech-approved third parties—including associations, hospital systems, and PCOs—that may, in turn, sponsor healthcare providers’ event-related costs. The purpose of the new regulations is to ensure that international physicians attending U.S. medical meetings are not unduly influenced by medical device companies.

Given the size and complexity of many medical events, quickly adapting to the new rules while maintaining attendance seemed to many event-planning teams an impossible task. But not all; at the Heart Rhythm Society’s annual scientific sessions in Chicago in May 2017, Christina Wurster, chief revenue officer for HRS, was already putting in motion a plan so that her group’s May 2018 event in Boston would see a minimal drop in international attendance, compared to the 15 percent to 20 percent decreases that were anticipated across the medical meetings segment.

With about 40 percent of its annual-session attendees coming from outside the U.S., HRS began by being proactive with its international-attendee communication, both at its May 2017 U.S. event and its June 2017 European event. “We started hearing from the international folks in Chicago that this was going to have a real impact on them going forward,” Wurster recalls. “They raised the alarm enough that we quickly scheduled conversations in June with many European members and the big device companies. But South America and Asia were adopting these rules too, so we had to hear from everyone.”

An attendee survey conducted at both events found that about 90 percent of international attendees received some type of commercial support to attend the annual sessions, and that only 10 percent said they would self-pay if commercial funding wasn’t available. As a result, “we knew we had to educate as many people as possible on the new funding process,” Wurster says.

But first, HRS had to make sure the device companies would continue to provide money through a process that became more complex for them, too. So, the HRS board of directors appointed a task force of influential members to engage those suppliers. “These were many of our past presidents, and they have a lot of credibility and contacts among the device companies,” Wurster notes. “We put them out on a road show to have frank discussions, and to ask Medtronic, Boston Scientific, Abbott Labs, and the other companies to continue their support even though it was more work now.”

One important issue for the task force discussions: A new overhead charge ranging from six percent (mostly from PCOs) up to 30 percent (mostly from hospital systems) for preparing and submitting the grant applications to the third parties. “Unfortunately, this administrative charge reduces the money available for physician use,” Wurster notes.

Another point the task force had to address was the larger role the device companies’ local sales and marketing reps would have to play in informing physicians about the new funding process. “Those people are the boots on the ground with physicians, so it’s important they talk about which shows their companies will provide funding for and the proper avenues for getting it,” Wurster says. “The device companies are spearheading all this through their compliance people, though, so the two departments in each company need to coordinate on this issue.”

To further educate as many physicians as possible on the new process, Wurster approached other medical societies with strong influence in the medical-device niche—not just cardiac-related but also orthopedic and other disciplines—to ensure the device companies would commit to being a strong player in the physician-communication process. But some suppliers also stepped up on their own to help. For instance, Cindy Walker, vice president of medical education and field training for Medtronic, created a funding spreadsheet for each country to show which companies were offering grant money to third parties and for which events, and also which third parties were approved to dole out money to physicians.

“Cindy has been such a strong champion for this process because Medtronic and the other device companies really want the medical meetings they participate in to be successful,” Wurster says. “She did so much legwork herself and enlisted her global colleagues to create a website showing where funding was available and which health facilities it went to in each country, so doctors could see which organizations and hospital systems had funding from Medtronic. I really hope more companies adopt this practice.”

Internal Contingency Plans for Reduced Attendance
While all this was in motion, Wurster made a presentation to the HRS program committee because “they are the ones who design the educational curriculum and experience, so they had to understand what the projected impact was going to be on the event.” Among their new tasks to adapt to the funding regulations was to “think creatively on how we might increase the number of roles for faculty,” she adds. “Invited faculty makes the pathway for funding easier. We wanted to get strong interest among physicians to seek out a way to get to the meeting. We focused on finding a balance between maintaining a high-quality program and trying to expand the faculty roles that attendees could get involved with.” 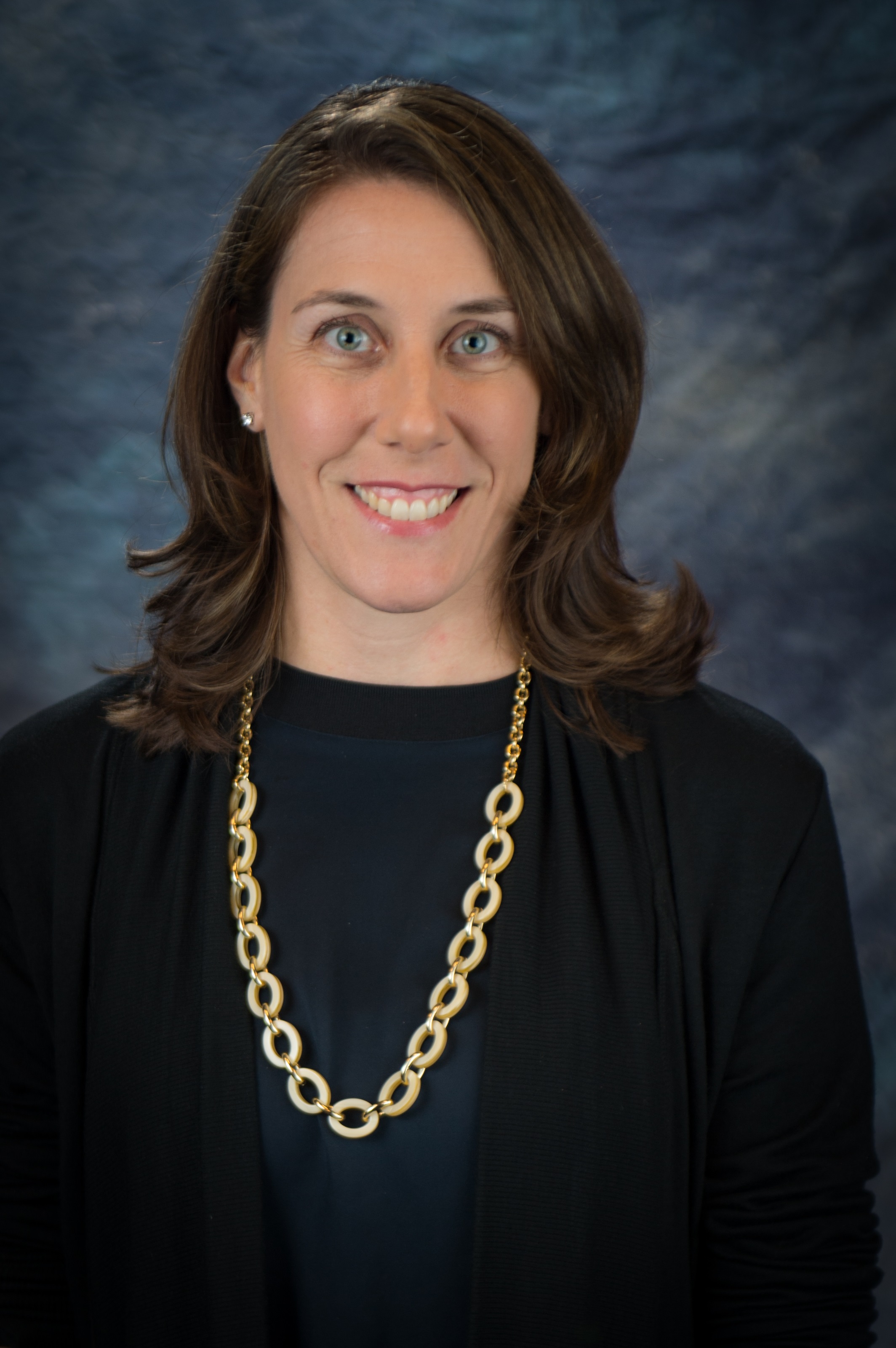 At the same time, Wurster put forth conservative revenue projections for the 2018 event, along with a series of contingencies to reduce expenses in certain areas that would not compromise quality. “We came up with a list of changes we could make to program elements at various milestones, depending on how we were tracking with registration numbers.” For instance, HRS could alter some of the AV setup by using one screen in most sessions rather than two; reduce some variety and/or quantity for food and beverage functions; and revise estimates on housing blocks. “Collectively they add up to significant savings, but any one thing would have a small effect on the event experience,” Wurster notes.

The Outcome, and the Prognosis
The proactive approach by Wurster and the HRS team helped stem the loss of international attendees at the society’s 2018 annual event in Boston. The number of attendees dipped by just nine percent versus 2017, with the largest drops coming from Western Europe and Mexico while there was no decline in attendance from the Asia-Pacific region. “Physicians in China and other Asian nations were on top of the changes in the funding process almost from the start,” Wurster notes. “They worked with their local device company reps, so the process was understood and the response was well organized.”

So now that more physicians and device company reps know about the new funding process, was the decline in HRS’s event attendance simply a blip on the radar screen? “We think it will impact us for the next few years, but as more people figure out the funding pathways, our attendance will come back,” Wurster says. “When similar regulations were enacted in the U.S., it took a few years for people to figure it out but then things got back to normal. I think that will happen internationally too, but it might take a bit longer because physicians in the U.S. have more resources available to them—they’re more able to self-pay or get funding from their own hospitals than physicians from other countries.”

In the meantime, Wurster is paying close attention to Medtech Europe’s conference vetting system (CVS) to make sure that the HRS annual event passes muster with its destination and venue choices, and gets approved for attendee-funding opportunities each year. “Some meetings in the U.S. are getting declined for funding by CVS, so you have to stay on top of the reasons why that is happening,” she notes.

And to maintain a relationship with physicians who might not attend the HRS annual scientific sessions for a few years, Wurster is pushing for HRS to deliver more digital education. “We are presently designing an online learning system with on-demand sessions in order to stay engaged with people from outside North America if they don’t come to the event that year. We hope that the online education will help persuade them to attend in the future.”

Mayo Clinic Research & Education Facilities Coming to Valley of the Sun
May 18, 2022