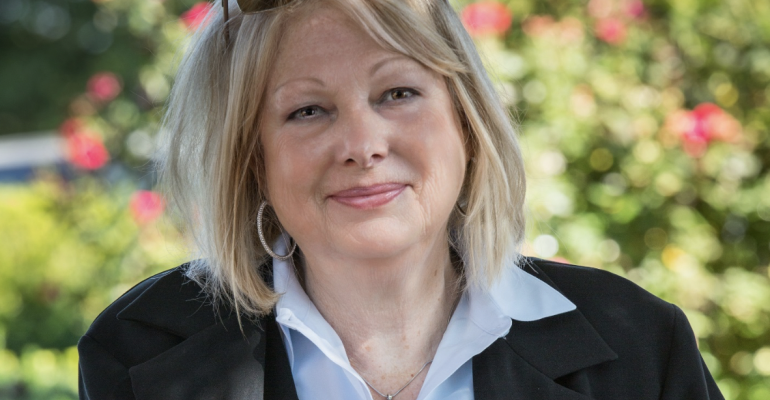 The creator of the event industry's healthcare certification program has started her own consulting firm, and has plenty of issues to inform planners and suppliers about.

Even with the major provisions of the Affordable Care Act in effect for more than six years now—including the Physician Open Payments Act that governs the actions of pharmaceutical and medical-device companies plus the meetings and events they participate in—the degree of compliance across the healthcare industry far from ideal. The proof: Last year, the Center for Medicare and Medicaid Services handed out fines of more than $9 billion to organizations that did not comply with Sunshine Act regulations.

What's more, regulation coming from other governments and industry-focused agencies around the world, such as MedTech Europe, means that healthcare event planners must constantly refresh their understanding of the regulatory landscape. In fact, 88 countries require healthcare-transparency reporting, and each country does it differently.

The person who has led the charge to educate planners on all of this since the first laws took effect is Pat Schaumann, CMP, CSEP, DMCP, HMCC. In 2013, she developed an educational program at Saint Louis University to deliver compliance education to healthcare meeting planners. Shortly thereafter, Meeting Professionals International bought the Healthcare Meeting Compliance program from Schaumann and brought her on board as senior director of healthcare compliance, a new title, to oversee that education as a new industry-wide certification program, HMCC. Along the way, she also wrote the book Breaking the Code to Healthcare Compliance, which will soon go into its fifth edition.

In 2016, Schaumann joined meeting management giant Maritz to be its senior director of healthcare compliance and work with event clients, though she continued teaching MPI's HMCC program. To date, Schaumann has trained over 2,500 medical meeting professionals through the certification program.

At the start of 2019, Schaumann left Maritz to head up her own consulting firm, MedMeetingsIQ. With Maritz as her biggest client, Schaumann also works directly with planners and compliance teams at various pharmaceutical, medical device, and biopharma companies. She also consults with restaurants, hotels, and destinations that are eager to get their share of the more than one million medical meetings that will happen in the U.S. in 2019—but must understand the compliance issues well enough to be an asset, not a burden, to healthcare event planners.

Schaumann took some time recently to speak to MeetingsNet, addressing five areas of healthcare meeting compliance that are front and center at this moment.

MeetingsNet: Healthcare meeting compliance training has become a market far beyond what even you imagined back in 2013 when you started the educational program. Who are you seeing come through these days that you might not have expected in the past?

Schaumann: What has surprised me recently is the sheer number of marijuana-related companies. I have been training so many medical marijuana firms, and few of them know about compliance reporting. But they are doing lots of educational and promotional events for their products as legalization becomes more widespread, so they need to learn the rules quickly.

Besides that, the healthcare industry just became the number-one employer in the world; the number of healthcare events is going to rise and more people will be hired to run them. I'm also seeing a lot more hoteliers come in for training, in part because there have been some lawsuits lately about event noncompete clauses not being honored because salespeople didn't know enough about a healthcare meeting client's business. That is imperative for hotels to understand, just like meal caps.

Actually, I'm seeing a lot of restaurant managers come through the HMCC training now, partly because of meal caps. There were 100,000 medical meetings held in U.S. restaurants last year, and some chains train extensively for those because it is great business. For instance, Fogo de Chao requires managers at all 70 of its restaurants to have their HMCC. And the Fleming's Steakhouse chain has installed Cisco Telepresence in its restaurants because they get so many medical groups. Several chains also have special menus for healthcare events to make things easier for planners.

MeetingsNet: Meal caps are always top of mind among healthcare event planners. What challenges still exist in that area?

Schaumann: Less than two years ago, I would see pharma events where some attendees were having a hot-plated meal while on the other side of the room there were tables with placards that say "Vermont" or "France" and cold sandwiches and sodas laid out for HCPs from those places. That's a tough situation. Some companies simply get their meals under the lowest cost limit that's applicable among their attendees, while other firms have been informing attendees about the cost of each meal ahead of time and offering options if the cost exceeds their limit: Those attendees can either pay the difference above their limit and have the meal, or accept coupons to have a different meal elsewhere. Interestingly, the U.S. doesn't have a meal cap for its HCPs but some companies voluntarily use one to account for non-U.S. HCPs and also to not look extravagant, and I think that is smart.

MeetingsNet: Canada just passed a law that bars physicians from getting continuing-education credit through an upscale lunch or dinner meeting. Also, New Jersey passed a law in 2016 that limited its doctors to accepting just $15 a day in food and beverage, which is an almost unworkable amount. Are there getting to be too many regulations from different governing bodies for planners to maintain full compliance?

Schaumann: Aside from meal caps, the biggest challenge in medical meeting compliance is politics. With the law in New Jersey, there is a good possibility that it will be repealed. This was the first time meeting and hospitality industry groups took action, explaining the effects and advocating against unreasonable regulations. But now we have a situation in Chicago where there's an ordinance stating that pharma sales reps coming into the city to visit Illinois-licensed doctors must pay a $250 fee and wear a name badge at all times.

This and other new laws come with good intentions, for instance as a response to the opioid crisis. But government simply does not understand the impact their actions have on the hospitality industry, and I don't know why hospitality leaders have not been brought into more legislative discussions. Our contribution to local economies is huge, but when cities or states step in, it can really complicate our work—and it's terrifying if they start a wave among other destinations implementing their own specific laws. It is hard enough for us now, so we really have to watch what both cities and states are doing and speak up or else it's going to get overwhelming.

MeetingsNet: GlaxoSmithKline recently reinstated its policy of paying doctors to speak about its products. Other companies did not follow GSK when it first stopped paying doctors, so the industry is again uniform in the payment standard. What does GSK's reversal say about the effectiveness of using doctors as knowledge leaders who speak to other HCPs?

Schaumann: In a recent survey of physicians about their expectations from meetings, a majority said they want speakers who are specialists who can address aspects of the diseases they focus on, rather than generalists. A few pharma firms have actually stopped paying outside doctors and instead hired them as employees, so the companies don't have to report any more on that. I don't know that improprieties will ever be completely eliminated by regulation, but it is imperative for those companies to use doctors as speakers for specialties. Sometimes we start to hear the same speakers over and over in a field, but doctors want to walk out of meetings smarter than when they walked in. So, I absolutely think companies hiring doctors is good for HCP education; you simply have to bring in subject-matter experts to teach HCPs.

MeetingsNet: Are there any other recent developments that you think could affect the medical meetings market in the near future?

Schaumann: A new acting commissioner of the Food and Drug Administration was announced in mid-March [Dr. Norman E. (Ned) Sharpless, director of the National Cancer Institute], and his position is that the clinical trial process should be shortened to get drugs to market faster. That's something that could bring about more pharma event activity at some point.