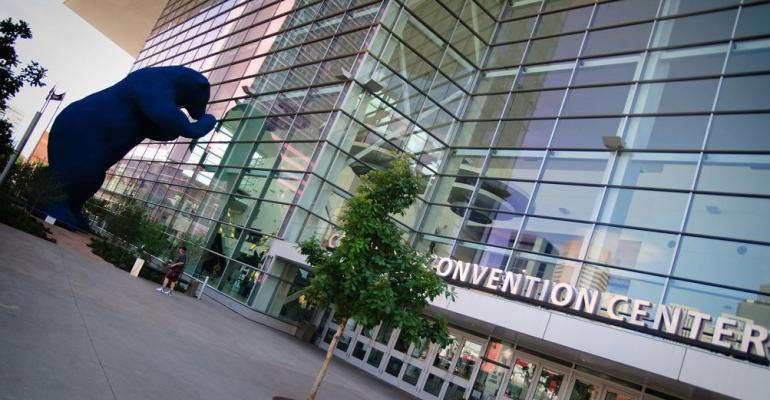 New “Ask For It!” Campaign From GMIC

Planners and suppliers urged to work together toward sustainable meeting practices, ASTM certification

That's the premise behind a new campaign that the Green Meeting Industry Council will roll out at IMEX America October 15 to 17 in Las Vegas.

“Planners have the power to implement change and push their suppliers along,” says Lindsay Arell, sustainable programs manager at the Colorado Convention Center in Denver, GMIC board member, and the driving force behind the “Ask For It!” campaign.

Bringing up the topic doesn’t mean that a planner is committing to fully sustainable events. “It’s about taking baby steps and seeing what suppliers are capable of.”

That’s the goal of the new campaign, which includes a recently launched Facebook page. At IMEX, Arell and other GMIC leaders will be handing out pledges at Booth 2264 at the Sustainability Hub on the show floor. People who sign them will get an“I’m Asking for It!” button to wear throughout the show to help spread the word. They will also have “I’m Asking for It” whiteboards set up for planners and suppliers to list actions they would like to see the other side take toward more sustainable meetings. There will be room for responses, so, for example, if there’s a planner looking for menus with a certain percentage of locally sourced food, suppliers who can do that will be able to respond.

In addition to her role advising the Colorado Convention Center and other facilities, Arell is also chair of the ASTM E60.02 committee, which developed the APEX standards for environmentally sustainable meetings. The standards are the cornerstone of the Ask For It! campaign. “They’re very tangible guidelines that planners can show their supplier partners, or vice versa,” she says.

“Just get the ball rolling, put it out there, see what you can accomplish. Even if there’s a venue where you don’t think sustainable practices will be embraced, you just might find out different.”