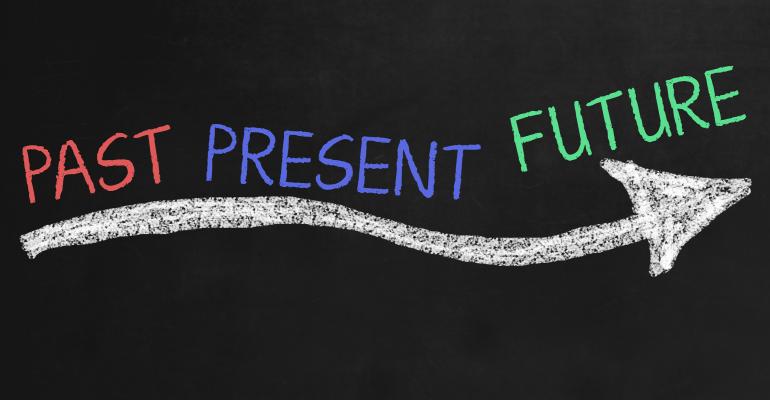 The Evolution of CME—and What’s Next

In a blisteringly fast run-through of the history of continuing medical education from World War I to the present, Norman Kahn, MD, executive vice president and CEO of the Council of Medical Specialty Societies, laid out a compelling argument for providers to answer a new call to action:

If these boards and payers don’t buy that continuous improvement of care requires that clinicians learn—and that the learning should be required and rewarded—he told the audience at a session at the Alliance for Continuing Education in the Health Professions 2017 Annual Conference, “Lifelong learning will either become an unfunded mandate, or an optional ‘nice to do’ (and thus unlikely to happen systematically).”

Learning from the Past
Learning has been part of clinical practice since at least the early 1900s—long before there was any type of credit system, he said. Some learning activities were hospital-based, including grand rounds, tumor boards, and morbidity and mortality conferences, while others were “You heard it here first” conferences where the latest research was revealed, Kahn explained.

World War II gave rise to many advances, including healthcare specialization. In 1948, what is now called the American Academy of Family Physicians created the first U.S. CME credit system, which required 150 hours of CME for re-election to membership every three years. “The message was, ‘General practitioners are keeping up. You can trust us,’” said Kahn. “That became the message of CME for half a century.”

In 1968, the American Medical Association came out with its Physician Recognition Award Categories 1 and 2, followed in 1972 by the American Osteopathic Association establishing categories of credit. These systems remain the mainstay of CME today.

Then, in 1981, along came the Accreditation Council for CME, which was created by the other medical organizations to provide a form of professional self-regulation for the now 2,000 accredited providers of CME.

Moving Toward a New Model—and a New Message
It took another 30-odd years after AMA established its PRA Category 1 and 2 system before another organization, the Academy of Family Physicians, did an evidence-based CME pilot to test whether CME credit should be based more on the perception of value it brings than just on units of time. The answer was “Yes.”

“Gerry’s prediction is now coming true,” he added. In 2003, the AMA formed two task forces, one on point-of-care learning, and the other on performance-improvement CME. Both now qualify for CME credit. The following year, the AMA, American Osteopathic Association, and AAFP begin to count CME in credits based on value, rather than hours spent completing the activity.

In 2005, Kahn continued, the next step happened when an AMA task force announced criteria for credit for performance-improvement CME, which was implemented by AMA and AAFP and adopted by AOA. The PI CME criteria are based on credits, not hours, so clinicians can earn 20 credits for completing the full PI activity, regardless of how long it took them to do it.

“This is the message that has persisted: ‘I can demonstrate that I am continually measuring and improving the quality of care I provide, and the clinical outcomes of my patients,’” said Kahn. “That is a very different message than, ‘Trust me, I’m keeping up.’

“Hence the question becomes for the certifying boards and state medical boards, when will they decide that this message has more value than the previous message?”

Certification, Licensing, and a “Kodak Moment”
There now are three accreditation systems—developed by the AAFP, AMA, and the American Osteopathic Assocation—three accreditors—AAFP, AOA, and ACCME—and hundreds of providers, Kahn pointed out. But it’s important to remember that the targets of these systems are physicians, the consumers of learning.

The U.S. currently has medical boards in 44 of the 50 states that require CME, and in 2009, all American Board of Medical Specialties certifying boards began requiring physicians to take CME to maintain their board certifications.

And when it comes to licensure, there are now six states—Georgia, Indiana, Iowa, Minnesota, Oregon, and West Virginia—that accept participation in maintenance of certification, or MOC, and osteopathic continuing certification toward CME requirements for licensure renewal.

This is an important, if subtle, shift, said Kahn. “Those states already are saying, ‘It’s not that we don’t value CME; it’s that it’s included in your MOC.’ They’re saying MOC is the more valuable credential.”

Then there was the Medicare Access and CHIP Reauthorization Act of 2015. Known as MACRA, this bipartisan federal legislation was signed into law in 2015 to, among other things, establish new ways to pay physicians for caring for Medicare beneficiaries. “If you participate in what used to be MOC Part IV, or in clinical data registries, if you’re demonstrating that you’re measuring and improving the quality of care that’s linked to outcomes for patients, you can get MACRA credit,” said Kahn.

“This is our Kodak moment,” he added. “CME is inexorably evolving from being knowledge-based to performance-based. The healthcare system is demanding performance measurement, reporting, and improvement for certification, licensure, and payment. And CME is challenged to continue to meet the demands of the evolving system.”

There still is much work to be done, he said. That is why it is important for all involved in the CME system to understand and acknowledge:

• That lifelong learning requires an investment of time and resources, and should be integrated, along with CME credit, into PI activities

• That this evolution cannot continue unless licensing and certifying boards and payers require and/or “credit” physicians to engage in lifelong learning.

Note: This is an excerpt of a few of the highlights of one section of one of the 10 presentations ACEhp made available for virtual attendees of the 2017 Annual Conference. To purchase recordings and slides for all the virtual conference sessions—$100 for members, $159 for nonmembers—visit ACEhp.org.