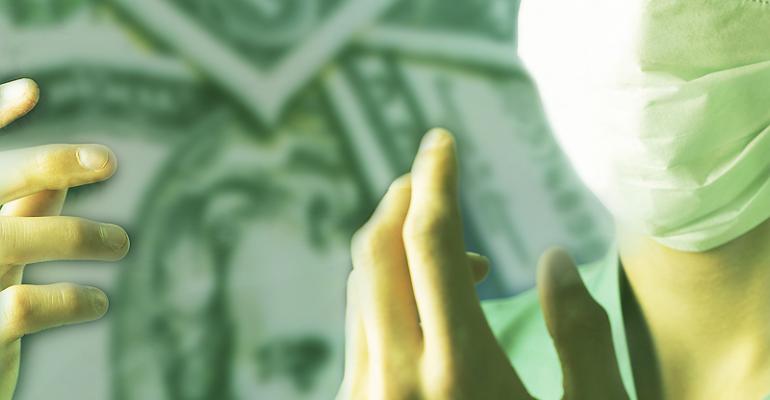 ProPublica, a nonprofit investigative journalism group that has set its sights on digging up unethical behavior when it comes to physician/pharmaceutical industry research, speaking, and other financial relationships, recently co-published another shot across the bows in The Boston Globe. Called “Double Dip: Doctors Paid to Advise, Promote Drug Companies That Fund Their Research,” the article pointed to apparent wrongdoing by a physician named Yoav Golan with Tufts Medical Center in Boston. Specifically:

Pharmaceutical companies pay for the clinical trials that Dr. Yoav Golan conducts on antibiotics at Tufts Medical Center. They also pay him tens of thousands of dollars a year to give speeches and advice on behalf of their drugs.

But Forbes healthcare policy contributor Ford Vox minced no words with his denunciation of both their choice of poster boy for their campaign against physician/industry collaboration, and to a lesser degree the campaign itself. Vox says, in “ProPublica Goes After the Wrong Man In Its ‘Dollars for Docs’ Crusade”:

But in its zeal to argue how physicians like Golan are corrupting medicine through their industry partnerships, ProPublica went to press without an iota of evidence Golan is corrupt. A close look at Golan’s impressive career suggests quite the contrary and raises questions about ProPublica’s claim to objectivity.

He goes on to cite Golan’s work in the infectious disease field, the influential studies he’s conducted, and the inaccuracies he noted in the ProPublica article that, in his opinion, were a case of “sloppy data” leading to “sloppy analysis.”

ProPublica’s managing editor, Robin Fields, left a feisty rejoinder in the comments section defending the article, saying that, because some organizations choose not to allow their docs to “have relationships with the companies that fund their research” and Tufts does, it’s a subject worth digging into, and that Golan did not return the ProPublica reporters’ calls. Fields also objected to having the reporting being called “sloppy” and outlined the organization’s methodology and reason for its Dollars for Docs series as “our belief that patients and their families have a right to know about the relationships that doctors have with drug companies.”

In a post on the Policy and Medicine blog, Thomas Sullivan, founder of biomedical education company Rockpointe Inc., and an outspoken supporter of industry/physician collaboration, believes that ProPublica “misses the mark” with its latest article, and adds:

Hopefully the coming public release of industry transfers of value under the Physician Payments Sunshine Act doesn't trigger similar articles, which brush over the specifics of industry/physician relationship… In light of ProPublica's story, open communication between companies and their doctor-clients appears to be more important than ever.

Do you think that the ProPublica series is just the beginning of what may become a slew of “gotcha” stories once the Sunshine Act data becomes public, or is this types of article necessary to put a stop to inappropriate financial relationships between docs and drug firms? Are the current safeguards sufficient to weed out malfeasance when physicians and pharmaceutical companies collaborate? If not, what, if anything, would be enough to put a stop to the issues ProPublica raises in these reports? Please leave a comment below or e-mail Sue Pelletier.