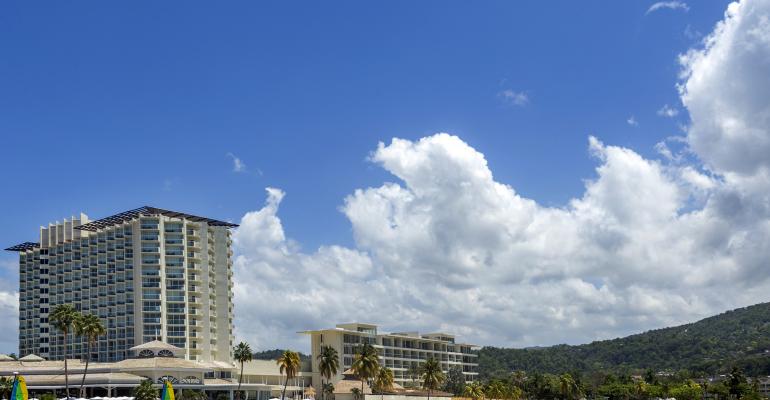 Keeping up with Palace: New Openings and Upgrades

Mexico’s luxury all-inclusive resort brand has expanded to Jamaica and added a resort-within-a-resort to its signature property in Cancun—and it’s well on its way to opening a new Los Cabos property. MeetingsNet sat down with Palace Resorts Vice President of Global Sales, Meetings and Incentives Alan Doyle, during IMEX America 2017 to learn what’s new with its eight-property portfolio.

The AAA Four-Diamond Moon Palace Golf and Spa Resort in Cancun, Mexico, is in the final stages of building a new resort-within-a-resort concept called The Grand at Moon Palace Cancun.

The $450 million project will include more than 1,300 luxury guest rooms, a new lobby, nine outdoor pools, and more than 80,000 square feet of meeting and event space, including multiple meeting rooms, a theater that can seat almost 1,000, ballrooms, exhibition areas, and outdoor venues. The resort is also adding a six-lane bowling alley and 17 food and beverage outlets. The Grand is scheduled to debut in February 2017.

Set on Ocho Rios Bay on the north coast of Jamaica, the has more than 700 guest rooms and 21,000 square feet of meeting space. The resort, which is a one-hour ride from the airport, is minutes from the town of Ocho Rios and local attractions. The property underwent a $50 million overhaul after Palace Resorts bought it in July 2014 from Sunset Resorts Jamaica. The upgrade included an overhaul of its guest rooms, meeting spaces, common areas, and restaurants, and the addition of a FlowRider Double Wave Simulator.

The newest addition to the Palace portfolio will be the Le Blanc Los Cabos, scheduled for completion in mid-2017 and available for group bookings in fall 2017. The resort on Mexico’s Pacific coast will offer 13,000 square feet of meeting space, five restaurants, and an abundance of ocean views.