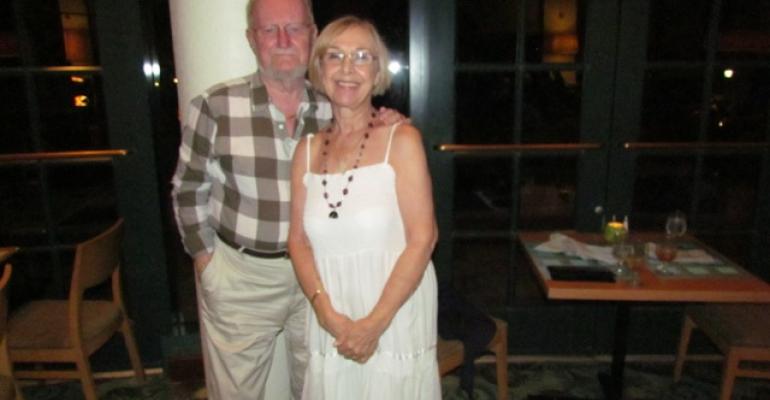 Pat and Vince Ahaesy: Partners in Work and in Life

It can be challenging to work with your spouse, but this couple makes it look easy.

Most married couples would never—could never—work together. Live together, yes, but share jointly in the decisions and responsibilities of a business, too?

Meet Pat and Vince Ahaesy of P&V Enterprises, New York, which they started in May 1994, drawing on Pat’s event planning and management and Vince’s audiovisual production and stage theatrical services.

Vince and Pat met through mutual friends in 1991. Pat was working as a travel agent in Phoenix, while Vince owned a production company and had come to Phoenix to work an event. After dating from a distance, Pat relocated to New York City and found a job as the office manager at a midtown travel agency. “But I soon realized that I missed the planning and logistics of the group travel. So one day, Vince turned to me and said ‘Let’s work together.’ And the rest, as they say, is history.”

In their marriage and their business, it’s clear that the two complement each other. “We work well together, we make decisions mutually, and we respect each other,” says Pat.

How They Do It

Pat handles the venue selection, negotiations, food and beverage, and event coordination. Vince focuses on, as he puts it, “using technology creatively.” They outsource certain functions to a core group of contractors, which, she says, has been a successful business model for keeping their overhead low.

With shorter lead times, the pressure on the couple has never been greater. For example, for a fashion show and reception for 1,100 guests at the Waldorf Astoria for the Colombian Ministry of Trade, they had less than two weeks to select the venue, arrange all the staging and production, and oversee a myriad of details, such as constructing tiered seating in the ballroom and airing a live webcast of the event. (They also started a webcast subsidiary.)

But at the end of the day, despite the pressure, they’re able to leave the office behind. “Oh, we may argue and disagree about things at times, but then it’s done, there’s no carry-over,” she says. “And we never go to bed angry.”