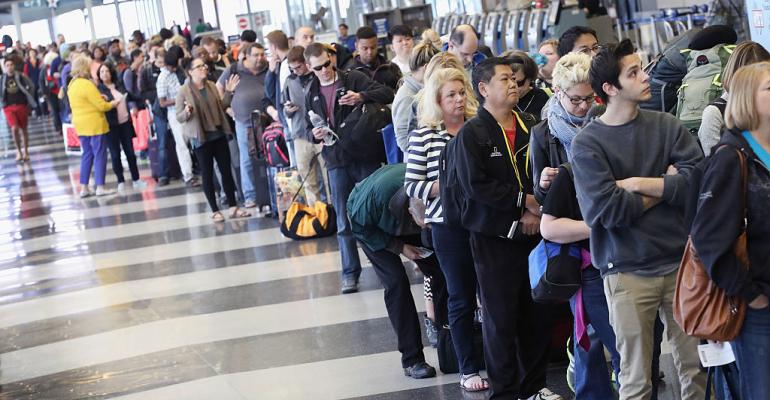 When Getting the VIP Treatment Is Cost-Effective

Paying for airport concierge services can be both efficient and good for your mental health.

I recently tested out the flat-fee airport fast-track, immigration, and lounge services from Blacklane PASS, and after sampling the $100 expedited security line, $50 lounge access, and $100 connecting-flight agent escort, here’s how it worked.

The Trip
I tested the services on an Icelandair flight out of New York’s JFK, with a connecting flight in Reykjavik, Iceland, going to London’s Gatwick Airport. I assumed getting someone to meet me at Keflavik Airport at 5 a.m. would be challenging but in fact, far-flung destinations are not a problem for Blacklane; credentialed agents can be arranged at around 500 airports around the world. Busy terminals and airports in large hubs, however, are much more of a challenge. When multiple clients arrive at a busy airport at popular flight times and each one requires personal attention, it can be hard to schedule concierge services. Ideally, when requesting a service at airports such as JFK, try to book three or four days in advance to make sure an escort is available, although Blacklane can often book an agent with 24-hour notice.

Booking
To book the services, I input the flight number, airport and terminal, final destination, and my preferred contact method on the Blacklane PASS website. An agent called David emailed me the names and contact numbers of the agents who would meet me. He also asked for the contact info for my airport driver so that an agent would be ready at the curb.

Security
When I arrived at JFK on a busy Friday evening, a jovial agent called Thomas found my car immediately and picked up my bag. He knew and joked with all the TSA staff. I had expected to be ushered through a separate security line but Thomas marched me past other passengers who were standing in line, occasionally unhooking the nylon dividers between lines, and whisked me up to the front. I still had to take off my shoes but Thomas put my laptop in a tray on the conveyor belt while I went through the X-ray machine so the whole thing took less than two minutes. One downside: I was aware of the annoyed stares of the people in the queue behind us, especially as Thomas didn’t look particularly official except for an airport ID on a lanyard around his neck. However, we were through the X-ray in about 20 seconds so I don’t think we delayed other passengers too much. My experience at Terminal 7 is likely to be very different at other terminals and airports, as Blacklane sometimes uses separate lines reserved for first-class or disabled passengers.

I was particularly happy to have Thomas expedite my trip through security because Icelandair, like several other airlines, is not enrolled in Trusted Traveler programs and I could not use the TSA PreCheck line. This makes the service a great gift for international VIP event attendees. If a planner knows that a guest is flying on an airline that does not authenticate U.S. programs, smoothing their way through security, or (at some airports) through immigration, is a great way to show how much you value their time.

Thomas was able to book me into the Alaska Airlines lounge so that I could work before my flight and came back to visit me before leaving for the day to make sure I knew how to get to my gate.

The Connecting Flight
I had never been to Keflavik Airport and had booked an agent to meet me because I had a short stopover and was worried about missing my connecting flight. I was met by a uniformed agent called Veigar, who tried not to laugh when he pointed to the gate next door to the one I deplaned at and explained that it was where I would board the flight out.  No chance of getting lost then. However, he came in very handy because, as he said, “All the fun stuff at Keflavik is on the other side of immigration.” I was looking for breakfast so he walked me through immigration and left me at the Saga Lounge so I could eat eggs and toast. Fortunately, Veigar came back to pick me up just as I was nodding off, making his service ($100) a lot cheaper than missing a flight and having to book a new one.

The Verdict
Having the use of an airport lounge is available to most frequent flyers or people happy to cough up $50 to avoid jostling with other passengers for a seat near a charging station. Nothing groundbreaking about this service from Blacklane, then.

However, knowing that you can reliably speed through security for a flat fee is life changing.  Can’t reschedule a meeting before heading to the airport? No problem. Inclement weather or traffic holdups causing stress? Don’t worry, you won’t miss your flight. On one trip I took from New York’s LaGuardia Airport in the winter, the line through security was so backed up some of us were sent on buses across the snowy tarmac to another terminal to clear security, then bused back to our gate. $100 seems a small price to pay to avoid a stress-related heart attack, pneumonia, or a missed flight.