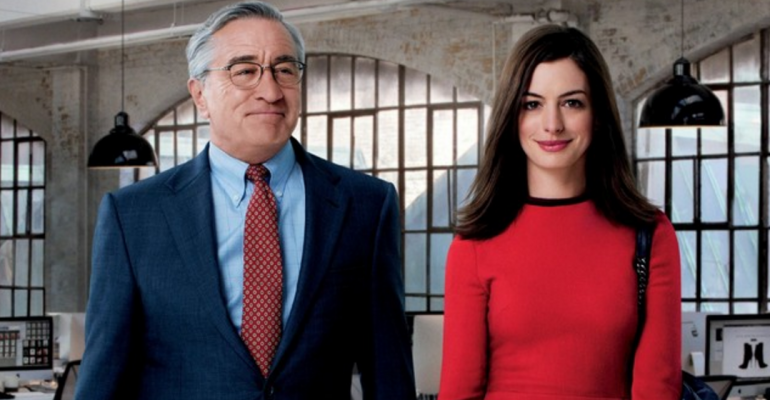 What I Learned About Working with Millennials from “The Intern”

While the movie is a light-hearted comedy, the underlying issues it addresses are all too real.

When I recently watched the 2015 movie, “The Intern,” it reminded me of everything I love about Millennials. The move is about a baby boomer, played by Robert De Niro, going to work for a young, hip start-up company led by Anne Hathaway’s portrayal of a Millennial boss. This company was very successful, full of bright ideas and innovative ways to succeed. The rub was, while it looked as though the company thrived on chaos, in fact that chaos also caused a lot of suffering.

While the movie was a light-hearted comedy about an older generation fitting into a Millennial mindset, I couldn’t help but notice how information overload, a barrage of interruptions, and an obsessive need to multitask was hurting the young professionals. They worked together for hours on end yet knew little about each other. They celebrated professional success while suffering personal losses in relationships at home.

The movie may be fiction, but the situation it describes is reality for all too many.

Tech Isn’t Always the Answer
Millennials were born into the technological age older generations created. They never knew life before the Internet, texting, streaming, and social media. Before most of them could walk, they could operate an iPhone. Many of them watched their first programs streaming from their parents’ devices. As the Millennials grew up, they formed a new language out of acronyms—who has time to write in complete sentences?  Now that members of this generation have entered the workplace and are attending our events, they struggle to turn their attention from devices and into real relationships that communicate openly, thoroughly, and effectively.

For example, at one point in the movie, a younger employee approached the baby boomer to ask for relationship advice. He admitted to having messed up with his girlfriend, and, to get back in her good graces, he sent a “ton of text messages” and a “super long email” laced with acronyms and emojis. At which point the baby boomer simply suggested that he talk to her face-to-face. Guess what? The advice worked.

How often do you, or the Millennials in your life, attempt to communicate with our crazy meeting professional colleagues with phones buzzing, emails flying, and alerts pinging? What if we encouraged Millennials to pay attention to relationships, not technology, and to address others in a real-time conversation? Imagine the time we could save during pre-con work and at our events if we would focus on our relationships and began paying attention to what matters most.

Can I Recall that Email?
Another hysterical scene in the movie came when the young CEO inadvertently sent her mom an email not intended for her eyes. The Millennial boss was moving at such a fast rate of speed, dealing with one distraction after another, that she almost risked a vital relationship in her life. Ever been guilty of doing the same?

Watching these characters go to great lengths to undo a digital mistake was a riot! But in real life, it’s not so funny, is it? We have all hit “send” on a message not intended for the receiver, and have spent countless hours/days/weeks/months/years trying to recover from our lack of attention to detail. And attention to detail is something we often pride ourselves on in this business!

Lead by Example
Whatever your generation, we all have an opportunity to lead by example. We can show those who risk disaster by rushing mindlessly from task to task how to slow down and pay attention to details. We can demonstrate how to step away from gadgets and build relational bridges with vendors, site managers, AV crew, property staff, employees, spouses, and friends. Those of us who lived before the digital age arrived could enlighten younger generations on the advantages—and disadvantages—that come with it.

Can you encourage colleagues to invest in sincere relationships where they get to know each other on a deeper level? Can you lead by example by focusing on one task at a time, saying “no” to distractions that lead to mistakes? Admittedly, being able to focus on one thing at a time… well that might be a meeting planners dream! Will you demonstrate what it means to stop living a “crazy busy” life and start paying attention to what matters most?