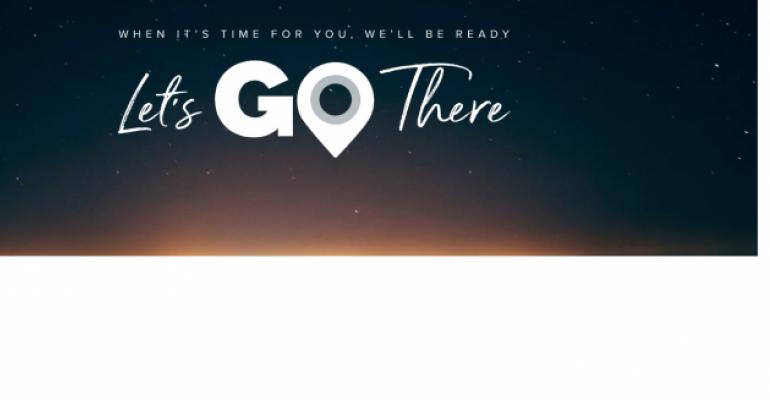 The U.S. Travel Association has launched a new marketing campaign to inspire Americans to get back on the road and in the air. The September 8 launch webinar, featuring USTA President and CEO Roger Dow, Executive Vice President for Public Affairs & Policy Tori Emerson Barnes, and other industry professionals, emphasized that the campaign is to help people begin planning travel rather than push them to travel too soon. Caroline Beteta, president and CEO of Visit California, said, “It’s important to do this smartly, as we want people to start looking forward to a trip again.”

The current campaign is aimed at reassuring leisure travelers and inspiring them to begin booking, whether a trip is next week or in four months’ time. Michelle Gielan, founder of the Institute for Applied Positive Research and a member of the coalition, said that 97 percent of survey respondents reported feeling happier when they have an upcoming trip, while 71 percent said they had more energy.

For meeting planners, though, a return to leisure travel means more than just something to look forward to—it will show a renewed confidence in the health and safety measures put in place by lodging and transportation companies. Without that reassurance, there won’t be many in-person attendees.

There are currently 75 members of the coalition behind the campaign, including major airlines like Delta and hotel chains like Marriott International. Dow explained that the campaign was initially scheduled to launch in July, but the organizations involved didn’t want to be tone-deaf to the challenges at the height of the Covid-19 pandemic.

The TV, radio, and social media ads will run through September, then go dark during the run-up to the presidential election. But after that, USTA will launch a business and meetings campaign aimed at companies and associations. During the Q&A at the end of the Zoom presentation, Brian King, Marriott International Global Officer for Distribution, Revenue Strategy, and Sales and co-chair of the Let’s Go There coalition, commented on the report from the Transportation Security Administration that said travel over the U.S. Labor Day weekend was the highest since March. He called the numbers encouraging, and though they are still 50 percent down on last year “people are putting their toe in the water and starting to go back.”

Dow also mentioned a conversation he had with Delta CEO Ed Bastion: “If air travel is so dangerous,” Bastion asked, “why aren’t my flight attendants sick?” (He’s right: The risk is low.)

As well as giving anxious Americans something to dream about and paving the way for a return to business travel, there is another aspect to the campaign. Reflecting on the fact that 600,000 hospitality workers are currently unemployed in California alone, Beteta called booking a trip “a great act of modern-day patriotism to help our communities get back to thriving.”

More information on the campaign can be found at letsgothere.travel or on social media using the hashtag #LetsMakePlans