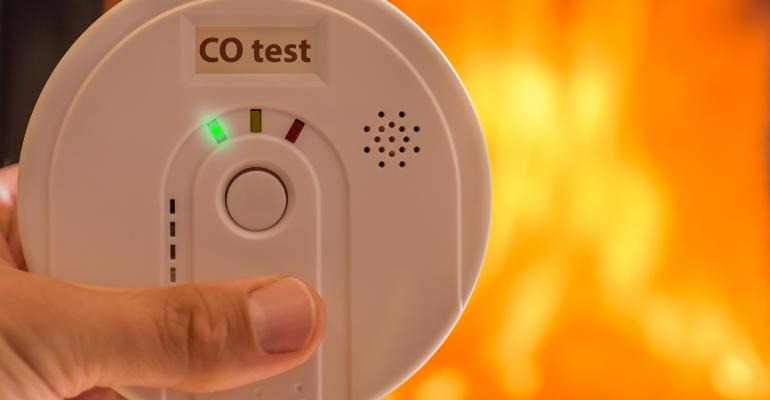 Should a Carbon Monoxide Monitor Be in Your Site Inspection Kit?

When I first saw this story about two separate incidents of Americans dying in the same hotel in the Dominican Republic only weeks apart, I was reminded of this report about hotel deaths from carbon monoxide from the Charlotte Observer. While there is no evidence suggesting CO poisoning was to blame in Santo Domingo, the coincidence seems troubling. Carbon monoxide is an odorless, colorless gas that, according to the U.S. Centers for Disease Control, kills more than 500 Americans every year, often in private homes or unventilated industrial areas. But enough fatalities occur in hotel rooms every year that when I traveled with my young children, I took a portable CO monitor with me.

Hotels are particularly susceptible for three reasons. First, for safety reasons, many hotels have windows that don’t open and rely on heating and air conditioning ducts to regulate temperature. This can allow gas to build up unnoticed over time. Secondly, hotels often have heated swimming pools, and if heating elements are not carefully maintained, carbon monoxide can escape into the ventilation system and follow airflow up to the guest rooms. Even if a room is not directly above the pool equipment, if there is enough buildup, CO molecules are small enough to pass through drywall and into other areas of the building. And lastly, hotel guests may suffer symptoms such as headaches and tiredness but leave the hotel before investigating the cause, allowing the gas to continue to accumulate until it becomes fatal. Symptoms can include drowsiness and headaches, and at 1,000 parts-per-million those affected lose consciousness after an hour, at 12,800 ppm death can occur within three minutes.

Meeting planners booking attendees into a reputable hotel may assume they are safe, but here is another fact that makes CO poisoning a real concern: Gas detectors have a limited lifespan, somewhere between five and seven years, so it is possible that a hotel could routinely change the batteries in their CO alarms without realizing that they no longer operate properly.

This fact sheet on carbon monoxide poisoning in hotels suggests carrying a portable CO monitor with you, but that is not an option for several hundred of your guests. Instead, check here to see if your hotel is in a state with laws governing the use of CO alarms, and call the property to ask if they are located in each room or only in corridors and public areas. Also, get the date the device was fitted. The alarm will alert you if the batteries are old, but not necessarily if the gas detector has expired.